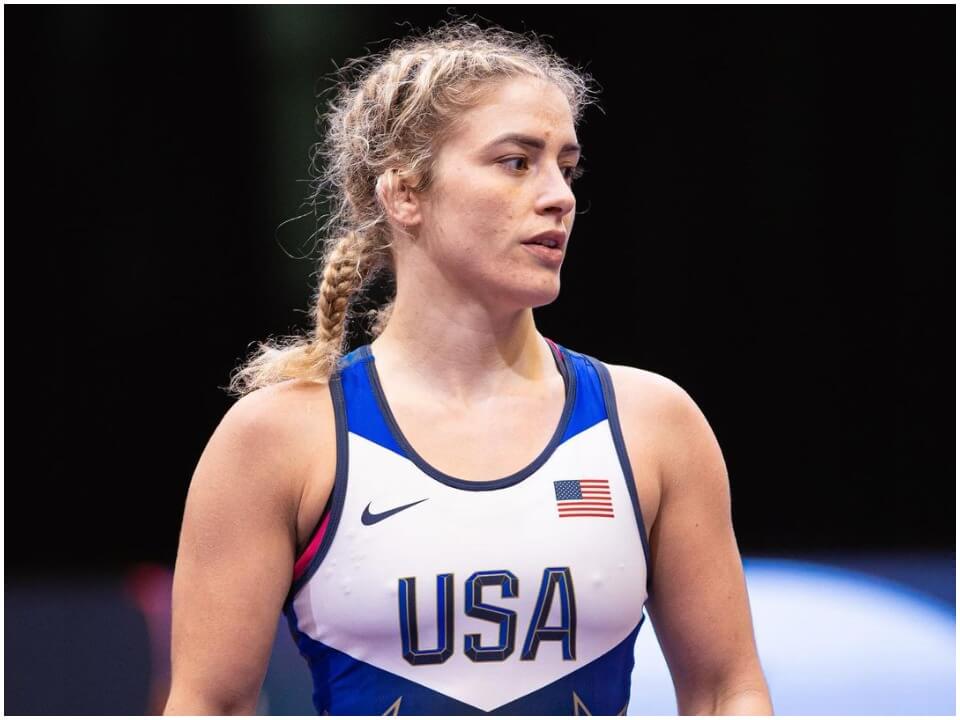 Helen Maroulis or popularly known by her first name Helen only is an American Freestyle Wrestler, she competed in the weight categories of 55, 53, and 57 Kg. She has won an enormous number of awards, championships and engraved many titles in her name. She won a gold medal at Rio Olympics in the year 2016 which in turn gave her the title of first-ever American to win a gold in Freestyle wrestling in addition that she is representing America in the 57kg category for freestyle wrestling at the Tokyo Olympics 2020.

Helen was born on 19th September 1991 in the Rockville city of Maryland state of The United States of America. She was born to Mr. Gianni’s Maroulis and Mrs. Paula Maroulis. Her siblings are Michael and Tony. Apart from being into wrestling, Helen loves reading books and traveling across places. She completed her freshman year of high school at Magruder High school where she played various championships of wrestling, afterward she went to Marquette Senior High School at Michigan where she completed her senior year. After completion of high school, she attended Simon Fraser University in Canada, where she was trained by premium coaches and won the WCWA championship four times.

She was greatly inclined towards freestyle Wrestling from an early age of just 7, during her freshman year of high school she started playing freestyle wrestling in various Championships and became the first female wrestler to compete at Maryland State wrestling championships in addition to that she was named as the most outstanding player of her high school. Afterward, she won the world junior championship for 3 years in 2008, 2010, and 2011 additionally she won a gold medal at Pan American Games in Mexico.

Helen is neither married nor is she in a relationship with someone, there’s no such information available on the internet which revealed about her personal life. Furthermore, according to some of the prominent sources currently, she is focusing on her career only. Moreover, there’s no information regarding her past affairs and relationships that could be fetched from the internet.

She is gaining a lot of fame for many years, she came into the eyes of the general public when she secured gold at Olympics,2016. She has various sources of income including monthly salary, bonuses, incentives, and Sponsorship amounts from various brands. Moreover, she is sponsored by some of the prominent sports brands. Helen’s net worth is around $ 3 Million.