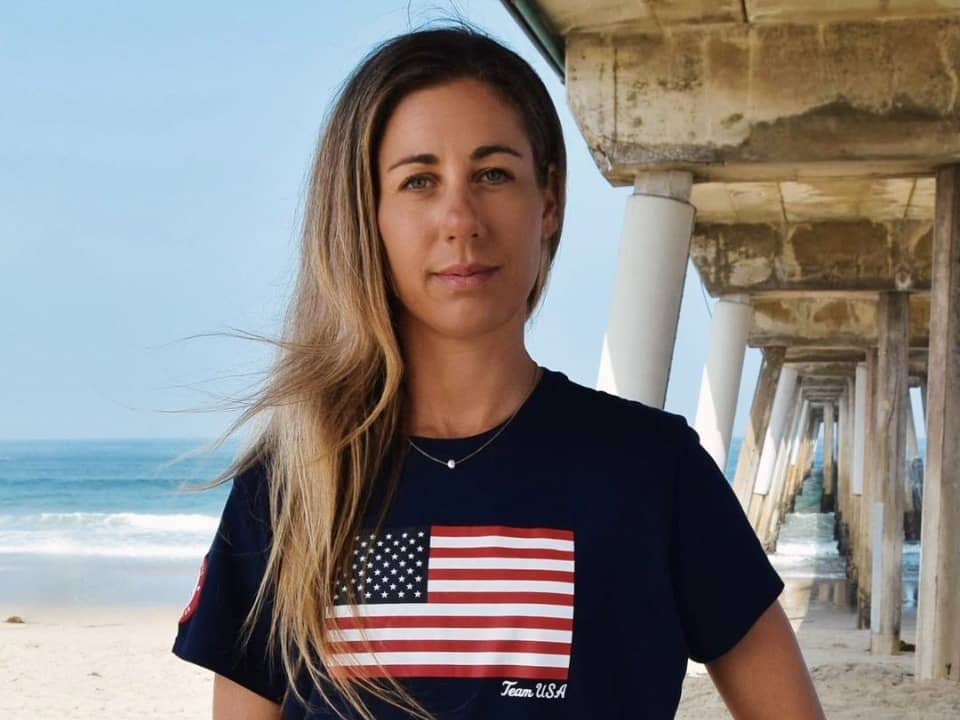 April Ross is an American athlete and a professional volleyball player. Ross has won the silver medal for the United States in Summer Olympics 2012 with Jennifer Kessy. Later in 2016, she won a bronze medal in the Summer Olympic Games with Kerri Walsh Jennings. In 2021, she represented the USA at Tokyo Olympic Games 2020 alongside Alix Klineman.

April  was born on June 20, 1982. She grew up in Newport Beach at California. Ross attended Newport Harbor High School. When she was in high school, she was a star indoor volleyball player and soon became a top recruit during the time of her graduation. She won many medals where she was represented as an individual. Ross won the Gatorade National Player of the Year award as a senior.

April played club volleyball for Orange County Volleyball Club for five years. She also represented herself in the US Junior National Team. She is 6’1’’ in height. April Ross played volleyball during her college days and started a professional career with it. She attended the University of Southern California in Lost Angeles. She won the title of Pac-10 Freshman of the year, Pac-10 first-team honor, and AVCA second-team All-America Honors.

In 2008, April Ross was paired with Jennifer Kessy during the Swatch FIVB World Tour 2008. Together they won many positions including third place at ConocoPhillips Grand Slam Stavanger, second place at Dubai Open, and First place at Phuket Thailand Open. She was named the most outstanding player at the Phuket Thailand Open. On September 7, 2008, they together stood against the duo team of Misty May-Treanor and Kerri Walsh at the AVP tournament in California.

Later in 2009, Kessy and Ross together won the title of FIVB World Championships that was held in Stavanger, Norway. On an all, she was paired with Jennifer Kessy and won many titles in consecutive years. Ross was paired with Walsh Jennings at the Long Beach, California, and won a gold medal in the straight sets (21–16, 21–16) at FIVB Beach Volleyball World Tour.

At the end of 2017, April and Alix became the beach volleyball partners. They together won the FIVB Dela Beach Open in January 2018 which was one of the first tournaments they ever played while being together. Moreover, they won the four events together, and to name a few it included the Hawaii Invitational, the Austin Open, the Manhattan Beach Open, and the championships in Chicago. In mid-October 2018, April and Alix together won their second FIVB tournament event and earned the gold medal against the duo of Brazil at Yangzhou Open.

They together were named AVP Team of the Year at the AVP Award Banquet that happened late in November. Their success didn’t just end here. There was more to watch on their togetherness. They together won FIVB Itapema Open in mid-May and won the silver medal at the Beach Volleyball World Championship of 2019 in Germany. April and Alix made quite an impressive pair and are considered favorites to win the gold medal for the USA in Beach Volleyball at Summer Olympics 2020 in Tokyo.

She married Brad Keenan in 2010 but soon in 2018, they divorced and didn’t continue their marriage. As far as Ross’s personal life is concerned, she is not dating anyone and has not married again. She has no children and has not revealed much about her life with Brad Keenan.

No matter with whom she is partnered, no one can stop her from achieving awards and names for championships. Ross and Klineman together won an international tournament in 2017, proving that Ross is one of the prominent opponents. Overall, Ross has attained a multi-millionaire stage in the context of earning net worth and has also proved that she has earned a lot of money out of her success.