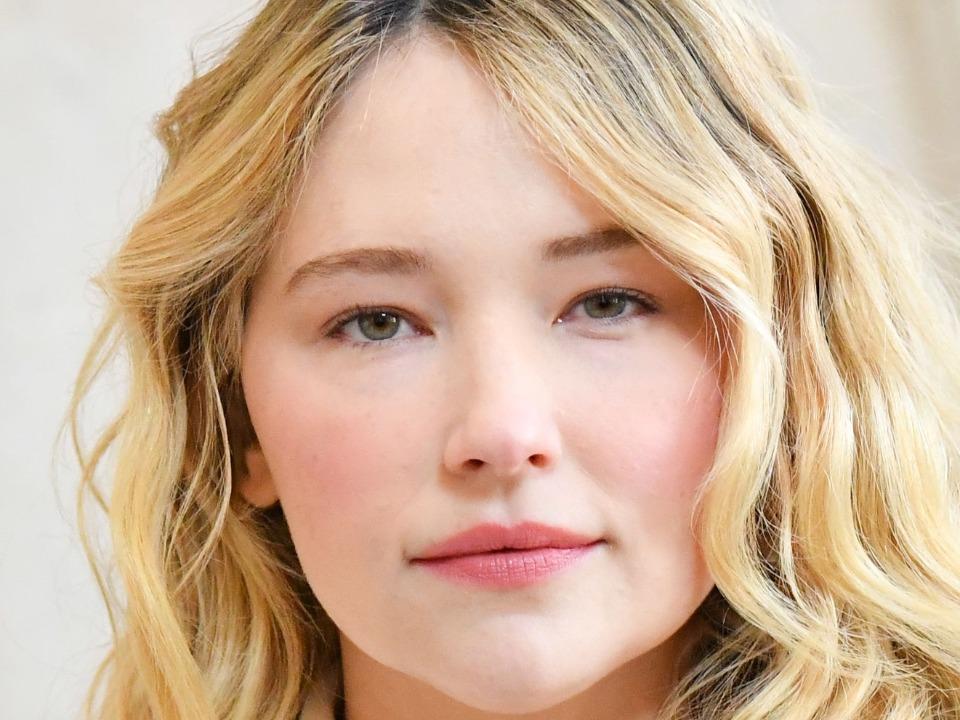 Haley Bennett is an American actress and singer known for her diverse roles in movies such as Swallow and  The Girl on the Train. She was born Haley Loraine Keeling on January 7, 1988, in Fort Myers, Florida, USA. Hailey is the daughter of Ronald Keeling and Leilani Bennett Dorsey. She was raised in Naples, Florida and attended Barron G. Collier High school, and graduated from Stow-Munroe Falls High School. Haley attended the International Modeling and Talent Convention in 2001 and 2006, where she won a major award. At the age of 18, Haley persuaded her mother to take her to Los Angeles to pursue an acting career.

Haley made her film debut in the year 2007 with the romantic comedy movie Music and Lyrics where she played the role of pop star Cora Corman. The movie also starred Hugh Grant and Drew Barrymore. Haley sang the Buddha’s Delight and Slam for the soundtrack of Music and Lyrics. She signed a contract with 550 Music/ NuSound Records and started working on her debut album. Her first live concert was at The Mint in Los Angeles in the year 2008.

Haley starred in the comedy movie College and the supernatural horror movie The Haunting of Molly Hartley as a part of her three-picture deal with Warner Bros, which started with Music and Lyrics. In the movie Marley & Me, Haley had a cameo whereas, in Shekhar Kapur’s short film titled Passage, Haley starred alongside Julia Stiles. In the horror-thriller movie The Hole, directed by Joe Dante, Haley played the role of Julie Campbell. She subsequently appeared in various other movies such as the fantasy comedy Kaboom and the drama Arcadia Lost.

Haley has also appeared in the independent drama film Lost in the White City. In addition, Haley has starred alongside Denzel Washington and Melissa Leo in The Equaliser. She also appeared in the adaptation of the thriller novel The Girl on the Train and comedy-drama Rules Don’t Apply. Haley played the lead role in the thriller Kristy. She portrayed the role of Emma Cullen in the movie The Magnificent Seven. She played the character, Saskia Schumann, in the PTSD drama film Thank You for Your Service. Furthermore, she also starred in Ilya Naishuller’s first-person point of view film Hardcore Henry.

Along with acting, she also produced the psychological thriller Swallow, which was directed by Carlos Mirabella-Davis. The movie premiered at the Tribeca Film Festival in April 2019. Haley received the award for Best Actress for her performance in the movie which revolves around a woman with pica. Haley starred alongside Chris Evans in the movie The Red Sea Diving Resort. In 2020, Haley has two films with Netflix. The Devil All The Time, which stars Robert Pattinson and Tom Holland, is based on the novel of the same name and Hillbilly Elegy.

Haley and her partner, director Joe Wright, have a daughter together. Their daughter, Virginia Willow, was born on December 31, 2018. She is active on social media where she updates the daily happenings of her life.

Haley made her stage debut opposite Peter Dinklage in the Terris Theatre’s CYRANO, a new musical adaptation of Cyrano de Bergerac for Goodspeed featuring original music by the National’s Aaron and Bryce Dessner. She was on the cover of the 2016 June/ July issue of the Interview Magazine. Haley’s net worth is estimated to be around $3 million. The primary source of her income is acting.