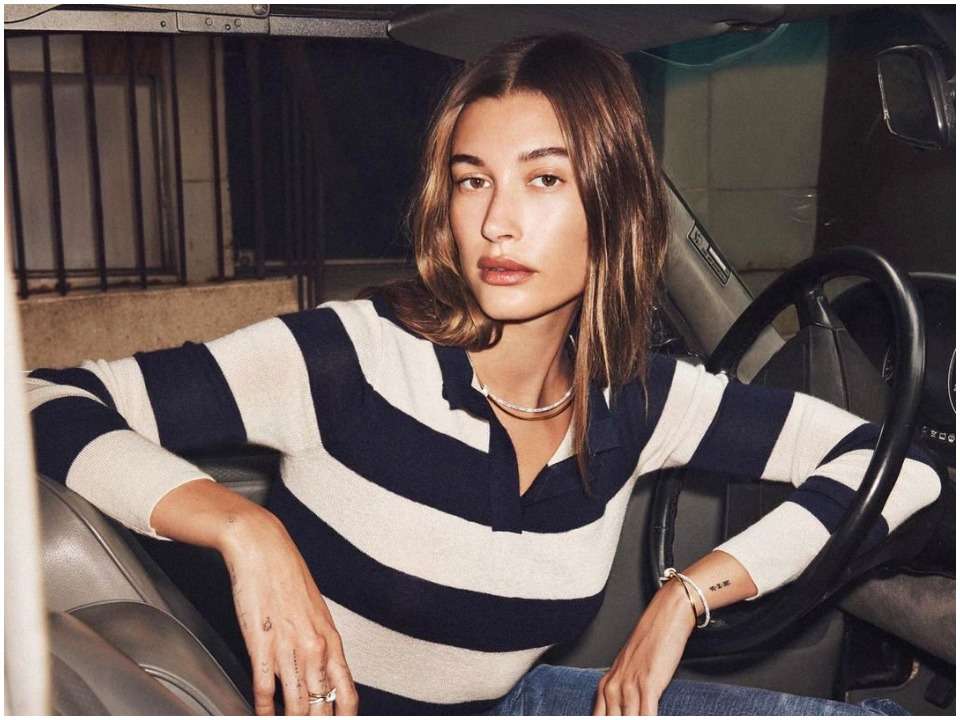 Hailey Bieber is an American Model, Host, and media personality. She is represented by IMG Models. Some of the brands for which she has worked are Ralph Lauren, Jimmy Choo, Tommy Hilfiger, and more. On World Mental Health Day in 2020, she endorsed Joe Biden for the United States Presidential election. Apart from this, she rose to fame for being the better half of singer Justin Bieber and the couple spotted quite often sharing valuable times together.

Hailey Bieber was born on 22nd November 1996 in Tucson, Arizona, United States of America. The names of her parents are Stephen Baldwin and Kennya Baldwin. She has a sibling whose name is Alaia Baldwin. Her father is an actor while her mother worked as a graphic designer. Hailey was homeschooled for the majority of her teens. Later for her higher and further studies she went to American Ballet Theatre in New York. As she was inclined towards an acting and modeling career.

Hailey started her career as a model as she signed with Ford Models and appeared in magazines like Tatler, LOVE, V, and i-D. Before that, she has appeared in TV shows named Livin it: Unusual Suspects and Saturday Night Live. In 2011 she was seen in the Music video of On My Mind by Cody Simpson. She has worked with various top brands like Topshop, Tommy Hilfiger, Ralph Lauren, Philipp Plein, H&M, and more. She has walked the runway for many fashion weeks as well. The weeks were Milan Fashion Week, Moschino, New York Fashion Week. Paris Fashion Week and others. In 2015 she appeared in Secrets of New York Fashion Week documentary movie.

In 2017 and 2018 she was the host of Drop the Mic and the 2018 iHeart Radio Music Awards. The previous year in 2016, she collaborated with clothing brand The Daily Edited to promote handbags. She also announced to launch of her own makeup collection with ModelCo. an Australian brand. In 2019 she appeared in a music video of Dan +Shay and Justin Bieber named 10,000 hours. Next year she was seen in music videos named Stuck with U and Popstar. She also works as a model for Jimmy Choo London. In 2021 she had a cameo role in a series named Dave.

In 2018 she applied for a trademark on her name Hailey Bieber which is to be used only for Commercial purposes.  Her request to use the trademark Bieber beauty was denied as Justin Bieber was having ownership of the same.

According to TMZ, she has been receiving a lot of criticism lately. She and Kendall Jenner who is a model parked their car in the Handicapped spots. While they were going to attend their Pilates classes they parked them in reserved spots which were for disabled people. They have been parking illegally for a while and have been receiving backlash for the same.

In 2018, she was linked to Shawn Mendes as these two made their first public appearance at Met Gala. But none of them reacted to these rumors. She has previously been in a relationship with Justin Bieber from December 2015 to January 2016 but later they split. In June 2018 they met again and by the next month, they were engaged. In November 2018 they got married. On 30th September 2019, they had their second wedding ceremony in South Carolina.

Hailey Bieber has earned a lot by working as a model. She has also appeared in various TV shows and music videos. Along with that she has worked with various brands and walked the runways. According to sources her net worth has been estimated at around $20 million.