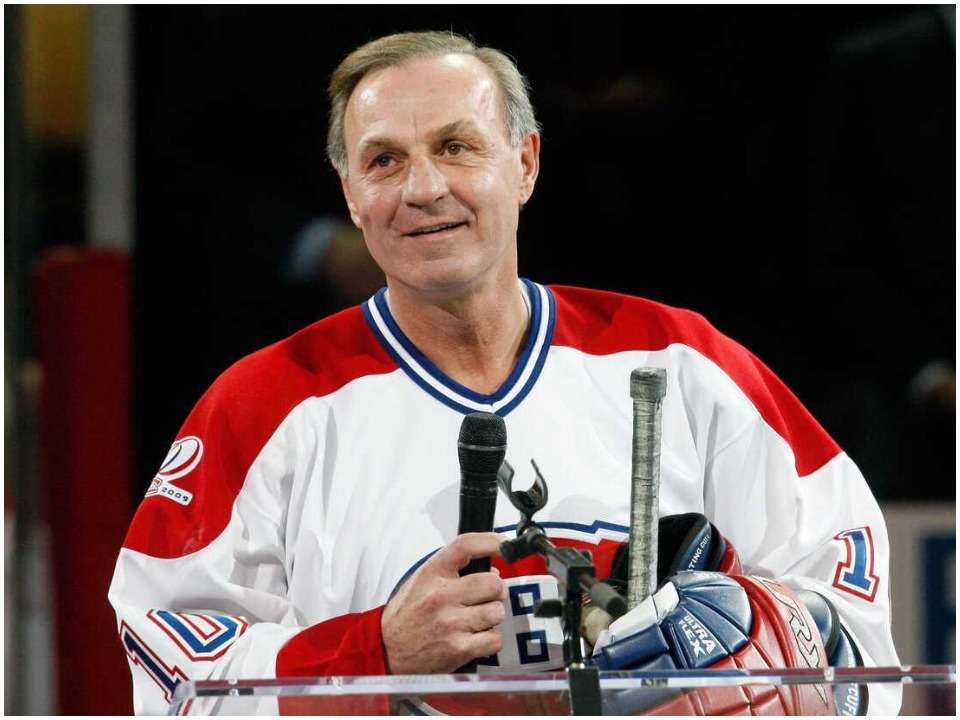 Guy Lafleur, in full, Guy Damien Lafleur was a Canadian personality who was a professional ice hockey player until his retirement. He was named as the first player in NHL history who scored 50 goals, along with 50 goals and 100 points in the six consecutive seasons. Between 1971 to 1991, Lafleur played for the New York Rangers, Quebec Nordiques, and Montreal Canadiens growing with his NHL career. He was honored with the title of 100 greatest NHL players in history.

Lafleur was born on 20th September 1951 in Thurso, Quebec, Canada. Réjean Lafleur is the name of his father while his mother is Pierrette Lafleur. Lafleur started playing hockey at a very young age after he received his first hockey stick as one of the Christmas presents. At a very young age when Guy was hustling for his early career, he played at the Quebec International Pee-Wee Hockey Tournament for the three consecutive years from 1962 to 1964 and maintained a tournament record of around 64 points.

Later, he started gaining considerable recognition and played as a member of Quebec Remparts, where he led his team to the Memorial Cup of 1971 and scored 130 regular-season goals. Lafleur was given the nickname “Le Turbo de Thurso” while he was playing with Remparts. The nickname was coined by one of the broadcasters in the field of Radio Canada, Jean-Bernard Rainville. He was inducted into the Hockey Hall of Fame and came out of retirement returning to the NHL for three more seasons from 1988 to 1991. He was one of the few players on the field who did not wear helmets due to grandfather clauses.

After retirement, Guy Lafleur became one of the active members of the helicopter rental company that used to provide a shuttle to VIPs in Montreal. The rental helicopters were used for going to and from the airport. Lafleur also owned a fruit juice brand that was called an energy drink and was given the name Flower Power back in 1990. Lafleur also owned a restaurant in Berthierville, Quebec with the name “Guy Lafleur Mikes’s Signature”, which he opened in 2002.

Despite this, he opened another new restaurant called “Bleu, Blanc, Rouge!” in 2008 with a worth of $5 million. However, the restaurant was closed or shut down on 22nd December 2012. Despite hustling in his life for maintaining his long NHL career, Lafleur was given the position of honorary colonel of 12 Radar Squadron. In February 2013, he was appointed with the position of honorary colonel 3 Wing Bagotville, for which he served for at least three years.

He was a happily married and flourished man who had a wife and two adult sons. His wife’s name is Lisa she was a well-known hockey player of her time. The couple exchanged the rituals of marriage back in 1973 and remained together until the demise of Guy Lafleur. Guy had just begun his career as an athlete at the time of his marriage. Meanwhile, his wife was enrolled as a sophomore at her college during the time of marriage. Lisa always stood by the side of her husband Guy Lafleur and worked with him until his achievement in his NHL career. The couple together raised two adult sons named Mark Lafleur and Martin Lafleur.

Lafleur was one of the greatest hockey players who died at the age of 70 on 22nd April 2022. Tribute is being given by many of his fans, on social media and on the statue of the graveyard. Although the exact cause of Guy Lafleur’s death has still not been declared by any of his family members, he was suffering from lung cancer for the last three years. It is known to be the reason for his death at the moment.

According to HockeyZonePlus, Guy Lafleur made a net worth of $4 million throughout his professional ice hockey career. Before joining NHL and the Montreal Canadiens, he was committed to playing for the Quebec Junior Aces and the Quebec Remparts. Between 1966 and 1971, his net worth was somewhere between $18K and $19 K. His salary largely increased when he joined the Canadiens and officially went to play ice hockey with the team. During his last season with the team, he reported having a net worth of $652,852. Later he announced his retirement between 1980 and 1985 making almost $1 million as his net worth each season. Despite his NHL career, he was the owner of two restaurants, out of which one was shut down after a few months. Also, he had his hands in the operational working of a helicopter rental company.