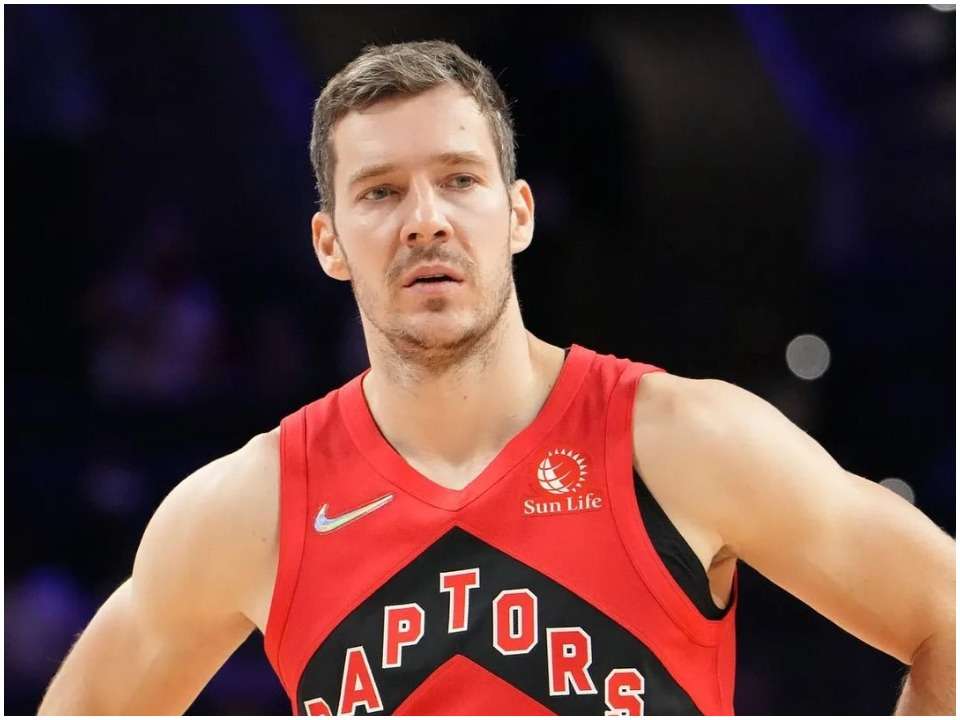 Goran Dragic is a Slovenian professional basketball Player for San Antonio Spurs. He has previously played with Phoenix Suns, Miami Heat, Toronto Raptors, and other NBA Teams. His position is of a point guard. He is the owner of Goran Dragic Foundation which aims at youth to pursue sports and help them achieve their goals while teaching them life lessons. In August 2018 President of Republika Srpska, Milorad Dodik honored him with an Order of Njegos and a Medal of Merit for the People.

Goran was born on 6th May 1986 in Ljubljana, Slovenia. The names of his parents are Marinko Dragic and Mojca Dragic. He also has a brother named Zoran Dragic. At a young age, he used to play various outdoor sports with his brother. Goran went to Osnovna Sola Koseze in Ljubljana, Slovenia where he completed his primary school education. For his secondary education, he went to Ekonomska sola Ljubljana. During his schooling, he actively played various sports.

At the age of 17, he made his debut in the Slovenian minor league with KD Ilirija. He played at Slovenian Basketball league and Adriatic League and Spanish ACB League. In 2007 he joined the Union Olimpija club and won the Slovenian League Championship. Next year he entered NBA Draft. In 2008 he was selected in the second round, 45th Overall by San Antonio Spurs but was later traded to Phoenix Suns. He played 55 games and scored 4.5 points per game, 1,9 rebounds per game, 2.0 assists per game, and .5 steals per game. From 2008 to 2011 he played with Phoenix Suns and was also seen at game 3 of the Western Conference Semifinals.

On 24th February 2011, he was traded to Houston Rockets. He played matches against Minnesota Timberwolves and other teams. Along with that, he helped fill the position of Kyle Lowry who was on leave due to a bacterial infection. In 2012 he became an unrestricted free agent and was returned to Phoenix Suns. He was seen playing against Portland Trail Blazers, Brooklyn Nets, Los Angeles Clippers, Memphis Grizzlies, Oklahoma City Thunder, Golden State Warriors, New Orleans Pelicans, and other NBA teams. From 2012 to 2015 he was committed to playing with the phoenix suns.

From 2015 to 2021 he played with Miami Heat. He was seen competing against Washington Wizards, Chicago Bulls, New York Knicks, Toronto Raptors, Boston Celtics, Minnesota Timberwolves, Detroit Pistons, Dallas Mavericks, Los Angeles Lakers, and other teams. In the 2020 NBA finals, he missed 4 games due to a plantar fasciitis injury. On 6th August 2021, he was traded to Toronto Raptors. He played 5 games and scored 13.9 points per game, .2 blocks per game, 1.0 steals per game, 4.8 assists per game, and 3.1 rebounds per game.  On 28th November 2021, he stepped away from the Raptors for personal reasons. On 10th February 2022, he was traded to San Antonio Spurs in exchange for Drew Eubanks and Thaddeus Young.

Goran is currently a free agent and has been traded to San Antonio Spurs. Spurs have agreed to a contract buyout which means he is now free to sign a contender for the stretch run and have plenty of potential suitors. Many NBA teams like Los Angles Lakers, Golden State Warriors, LA Clippers, Chicago Bulls, Milwaukee Bucks, and Brooklyn Nets showed interest. But he has decided to resume the season with Spurs.

Goran is married to his longtime girlfriend named Maja. They both tied their wedding knot in a private and intimate wedding ceremony in August 2013. The same year in November they were blessed with their first son named Mateo. In August 2015 they were blessed with a second child named Viktoria. Goran is an active user of social media applications like Instagram and Twitter. He joined Twitter in August 2011 and has earned 373.2 thousand followers. While on his Instagram account he has earned 478 followers and 265 followings. His social media account is filled with posts related to his match, workout, social work, and modeling pictures.

Goran signed a four-year contract worth $30 million with Phoenix Suns in 2012. In his 2021-2022 seasons he earned $19,440,000 because of the contract he signed with the NBA teams. His main source of earning is from his Basketball career. According to sources his net worth has been estimated at around $131,505,814. His sneakers contract was with Nike previously but now he prefers Adidas.