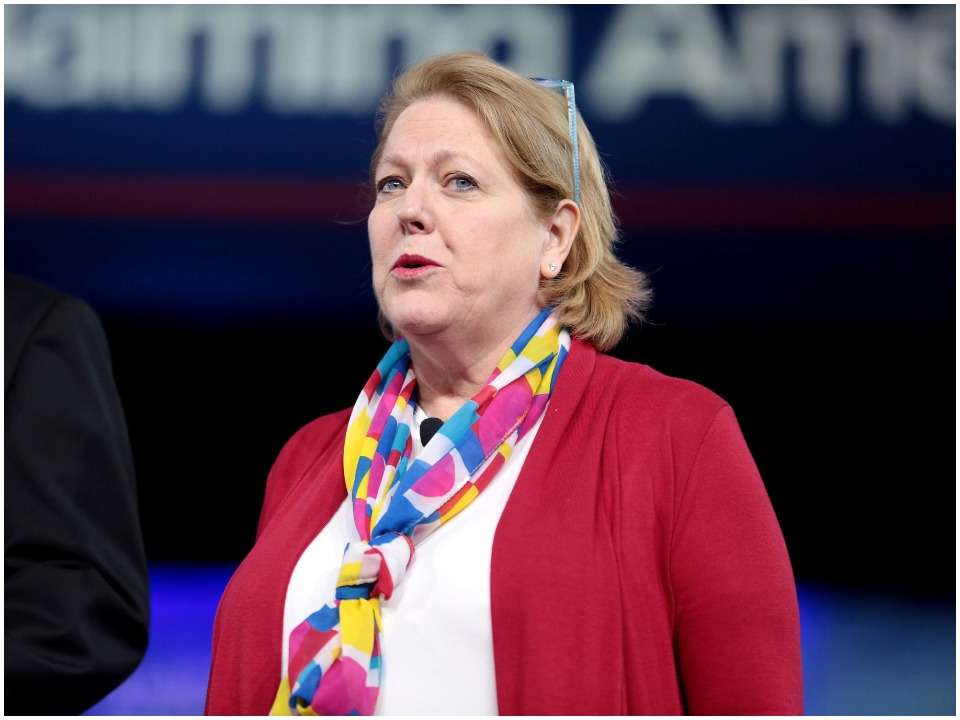 Ginni Thomas is an American personality who is best known for her attorney work and as a conservative activist. She often remains in the news because of her conservative commentary and activism which often create controversies for her.

Ginni Thomas was born on 23rd February 1957 and as of 2022, she is living in her mid-60s. Thomas was brought up in Omaha, Nebraska, where she spent her childhood with her family including her three older siblings and parents Donald Lamp and Marjorie Lamp. Her father Donald Lamp was an engineer of his time who laid the foundation of his firm to continue with the work while her mother Marjorie Lamp was a stay-at-home mother. Thomas went to Westside High School in Omaha, where she was appointed as a member of the student government, the Republican club, and the debate club.

In 1981, Daub took the position in the office and Thomas moved to Washington, D.C, where she started working for Daub for at least 18 months. After she completed her degree from Creighton University School of Law in 1983, Thomas worked for one year for Daub in Washington as a legislative director. From 1985 to 1989, she was appointed as an attorney and labor relations specialist at the U.S Chamber of Commerce, where her work was associated with the hearing of congressional representatives while representing the interest of the business community. In 1989, she became the manager of employee relations at the Chamber of Commerce, and later in May 2020, President Trump appointed her as a member of the trust fund and the board of the Library of Congress.

Ginni worked for the U.S Department of Labor and represented herself as an aide for the representative Dick Armey. Back in 2000, Thomas joined The Heritage Foundation, where she was given the designation of a White House Liaison between the think tank and the George W. Bush administration. In 2009, Thomas began her organization called Liberty Central, which was a conservative political advocacy nonprofit organization associated with the Tea Party Movement- that was a conservative political movement within the Republican Party brought for lower taxes and a reduction of the national debt.

She became the founder of Liberty consulting in 2010. Ginni Thomas supported Donald Trump during his presidency, making her recommendations available for the team to hire individuals. She also became the medium of the early social media endorsement of the Trump rally that was brought after the 2021 attack on the United States Capitol. Her support to the rally was brought before the violence took place and later to which, she had to apologize for contributing to a rift or fault among Clarence Thomas’s former Supreme Court clerks.

The riot of 6th January on the House Select Committee has its possession to more than two dozens of text messages. The text messages, nearly 29 in total, have been revealed now. The conversation happened between Mark Meadows (the informer Trump White House Chief of Staff) and the conservative activist, Virginia “Ginni” Thomas.

According to the sources, the texts took place between or/and somewhere in early November 2020 and mid-January 2021. Ginni Thomas revealed that she attended a pro-Trump rally before the US capitol attack, that happened on 6th January 2021 and said that she played no role in the events of the day. The text messages, as reviewed by various news outlets, showed that Thomas pleaded with Meadows to continue with the fight to overturn the election results.

Virginia and Clarence Thomas married each other in 1987 and started living in Virginia. Before this marriage, Clarence Thomas was married to his college sweetheart named Kathy Grace Ambush, which took place back in 1971. By that time, Clarence Thomas and his first wife Kathy had produced one child named Jamal Adeen. However, the marriage did not work for the pair and they got separated in 1981 following a divorce in 1984.

Virginia “Ginni” Lamp Thomas’s estimated net worth is somewhere around $3 million, including her work for her conservative groups and politics.