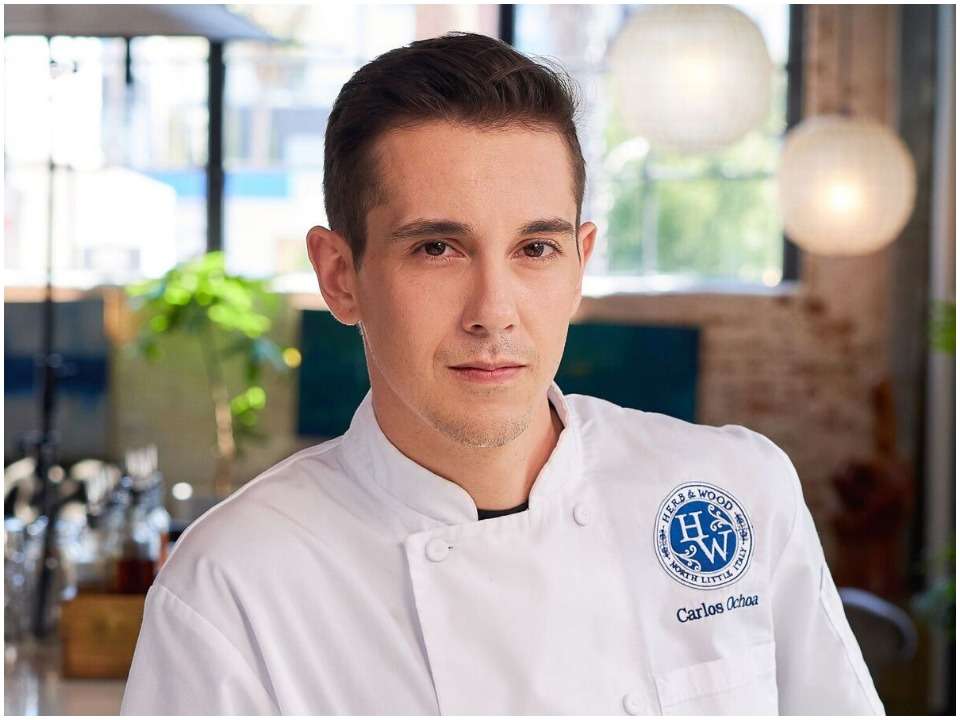 Carlos Anthony is a very famous American television personality who is famously known as the Executive chef of Herb and wood and also as a Cutthroat Kitchen champion. His striking personality and unique blend of taste are well-loved by his fans and have earned immense respect after years of hard work.

Carlos Anthony was born in the early 1990s in San Diego, California, USA but has not shared the exact date of his birth. He grew up with his parents and grandparents in California and as a kid. From childhood, he developed the skill for culinary arts from his grandmother. He is believed to be a White Christian. Carlos is known to be a graduate of the University of Arizona but his field of study is not known to the public as of yet. He is also believed to have trained in culinary arts with several well-known chefs but has not specifically mentioned.

Carlos started his career as a chef when he started working with Chef Malarkey at Malarkey’s Fabric Restaurants, Burlap, Gabardine, and Seersuckers where he learned a lot and picked up skills and experience. Later in 2013, he opened his own restaurant Salt and Cleaver, and started working as the executive chef. He continued with the sausage restaurant for over 9 years and also opened a Taco Asylum Gourmet Tacos in the Costa Mesa area.

After a few years, he went back to joined Chef Malarkey’s restaurant Herb and Wood in Little Italy where he is currently the Executive chef. He also started appearing on television cooking shows and chef championships when he appeared in Cutthroat Kitchen in 2015 and ended up winning the season. He recently appeared on the Tournament of Champions where 32 of the country’s best chefs are brought in to battle. The show started airing in February 2022 on the Food Network and discovery plus.

Carlos is currently known to be in a relationship with his girlfriend Allison O’Neil. The couple has been together for more than a year and went official back in January 2021. However, much has not been disclosed about their personal life and they like to lead a low-key life. Carlos currently has around 3272 followers on his Instagram account where he likes to share about his food, career, recipes, and experiences. Other than this, he does not have any active social media account except his LinkedIn profile.