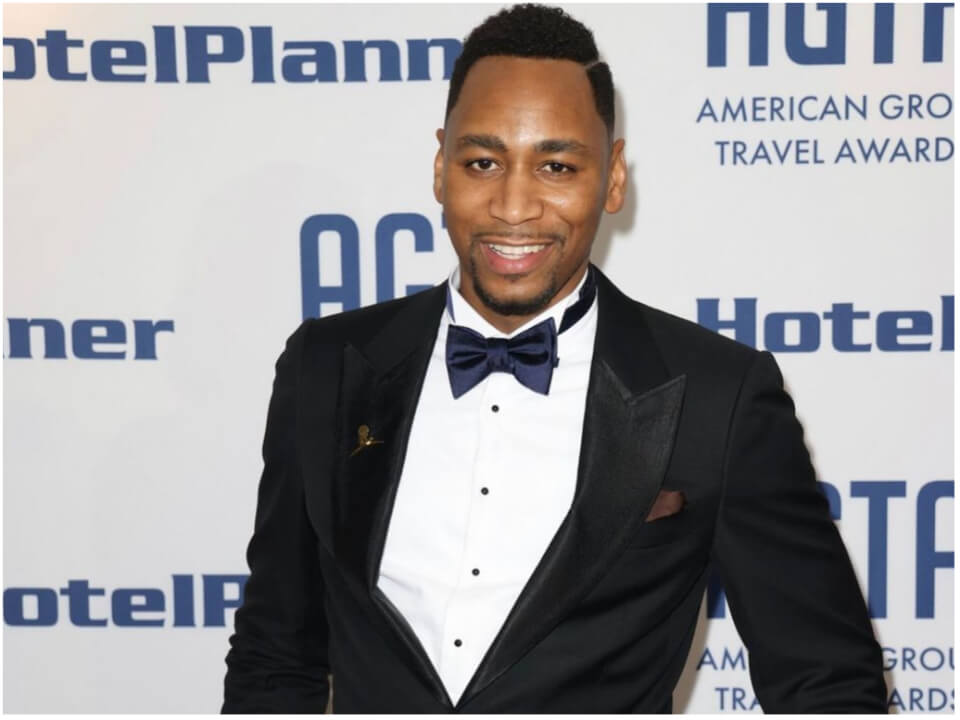 Gianno Caldwell is an American personality and is famous for his association with the Fox News Channel. Despite being in the well-defined position, he is also the founder of a Washington, D.C.-based bi-partisan firm called Caldwell Strategic Consulting. His company provides solutions to the government, private, and non-government organizations with effective strategies. He is the kind of veteran being involved in media, advocacy, and affairs. He has spent more than two decades of his life providing intellect, expertise, and skills to various causes related to presidential campaigns in his hometown Chicago.

Caldwell was born on 27th December 1986 in Chicago, Illinois. No prior information is available regarding his parents although, we do know that his mother’s name is Mamma B and his younger brother Christian was shot fatally. He received his degree from the Chicago State University from 2005 to 2009. Later, he went to receive his Bachelor of Science degree in Psychology from Grand Canyon University.

Gianno is currently held at the position of Political Analyst for FOX News Channel (FNC) helping to offer solutions on political, financial, and cultural analysis while being televised on the network’s program. He has been committed to the Fox Channel since 2017. Additionally, he is the host of the iHeart podcast Outloud and the founder of his consulting company called Caldwell Strategic Consulting which provides solutions for various government and public affairs and is headquartered in Washington, D.C. among the various positions he is holding currently, he has also developed himself into an author of the best publishing book named Taken for Granted: How Conservatism Can Win Back the Americans That Liberalism Failed.

Previously while hustling for professional life, he worked as the director of government relations for a local government agency based in Illinois called Naperville Township. His work at the company was to develop cost-cutting strategies in the fields of transportation, health care, pensions, taxes, and local government. While being in the position, he successfully had the reduction in property taxes for the whole company of Naperville Township.

Earlier to have his working profile with the company Naperville Township, he held seven years of experience for the Social Security Administration. He worked as the director of African American Outreach for the DuPage County Republican Party, where he began his career while being interned for around 3 years and was later promoted to legal analyst and finally the senior legal analyst.

Gianno Caldwell is single and totally focused on his career. Most recently, he is going through hard times because of the death of his younger teen brother who was around 18 years old.

The Death of his younger brother

Gianno Caldwell was having a teen younger brother about the age of 18, who was shot and killed along with two other injured people. During the time of the shooting, his younger brother Christian was present with the group of people when an unidentified male personality opened fire and later fled in a black sedan going east, according to the police. Christian and a 31-year-old man were shot and taken to the local Christ Medical Center in Oak Lawn. At the time of the emergency call, it was revealed that Christian was dead because of the gun injuries and the older man was in critical condition.

On the other hand, a woman nearly 25 years old was shot in the leg and was immediately taken to the same medical center where she was pronounced to be in fair condition. “To say heartbroken wouldn’t even measure it. My family is shattered right now,” Gianno Caldwell said. With the revealing of the story of the killing of his younger brother, Gianno says that if he would not be in the national position, he would never have been entertained or listened to.

It is for sure that a 36 years old young and dynamic personality is earning a good income because of his multi-professional tasks. He is the founder of his self-made firm, a political analyst at the Fox News Channel, and was earlier associated with the Social Security Administration where he spent more than 5 years during the initial hustle of his professional life.