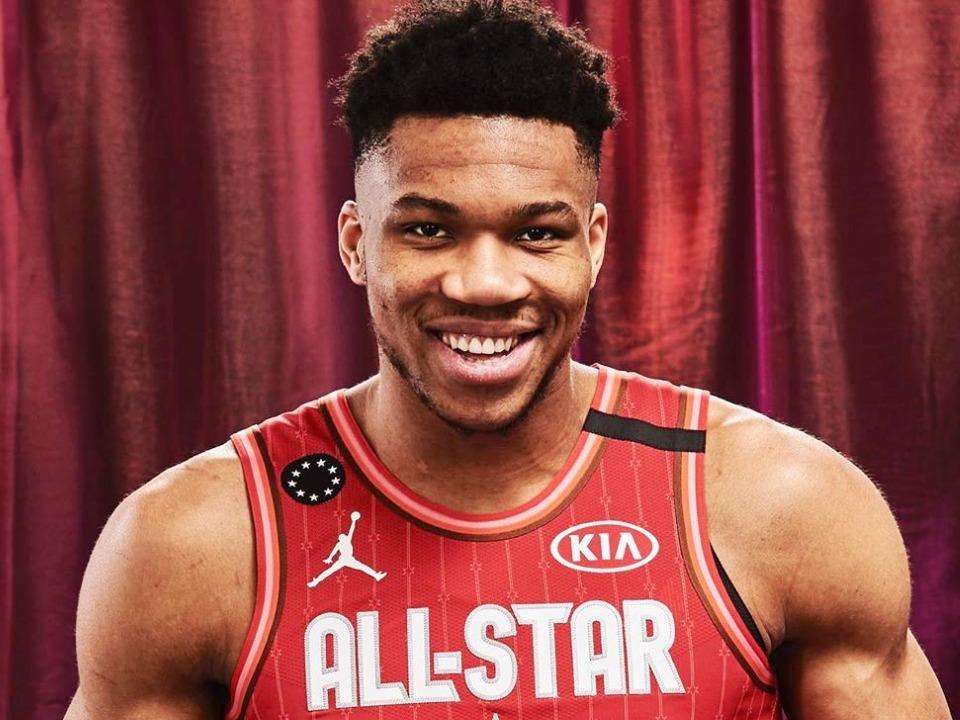 Giannis Antetokounmpo is a Greek Basketball player who has received a lot of recognition and appreciation. He plays for Milwaukee Bucks which a team in National Basketball Association. At a young age, he was a part of a youth team known as Filathlitkos. As his hard work has paid off, currently he is ranked as 26th in the highest-paid athlete.

Giannis was born in Athens, Greece on 6th December 1994. He is an immigrant from Nigeria. His parents moved from Lagos to Greece and they left his brother Francis behind with their grandparents. He did not have any country’s citizenship until he turned 18 and received Greek citizenship in 2013. His parents could not easily find work so they relied on their sons. They used to be street peddler and sold watches, Handbags, and sunglasses. He also started playing Basketball in 2007 and later in 2009 he became really competitive and played for Filathlitikos.

He played for Filathlitikos in semi pro-Greek B Basket League in 2011-12. Later in 2012-13, he played in Greek A2 League. After turning 18 he signed a four-year deal with a Spanish club named CAI Zaragoza. He later decided to stay with Filathlitikos as he realized his own worth and how good he plays. On 28th April 2013, he signed himself for the 2013 NBA draft. He made his debut as the youngest NBA player on 13th October 2013 with his team Milwaukee Bucks. Later he finished his season with a score of 61 blocks which led to him ranked as 7th most NBA rookie in franchise history.

In December 2019 he made a career-high five- three-pointers which led his team to win against Los Angeles, Lakers. He played his matches with various teams where he either won or defeated. He still has a long way to perform better than before and break all the records. The postponement in coming matched took place due to the coronavirus pandemic and he claimed that he is working out a lot to make his game better and competitive.

He was recognized as the NBA Most Valuable Player in 2019. From 2017-2020 he four times became an NBA All-Star. In 2017 he was also awarded as NBA Most Improved Player. He also won Euroscar European Player of the year in 2018.

Giannis and his brothers started a foundation called the “AntetokounBros Academy” in 2019. Their aim was to help young boys and girls to jumpstart their professional career in basketball.

Giannis is currently dating Mariah Riddlesprigger. She is an American Volleyball Player. He is a very popular basketball player who has won the hearts of million of fans around the world. His social media account is filled with his basketball tricks and some sponsorship also. He has 8.2 million fans on his Instagram account and 1.2 million fans are following him on twitter.

Giannis is an NBA All-star and ranks 26th on the list of highest-paid athletes in the world. According to sources he earns around $19 million from his endorsement deals and sponsors from 2K sports, Hulu, and Nike. Forbes has estimated his net worth around $43.2 million.