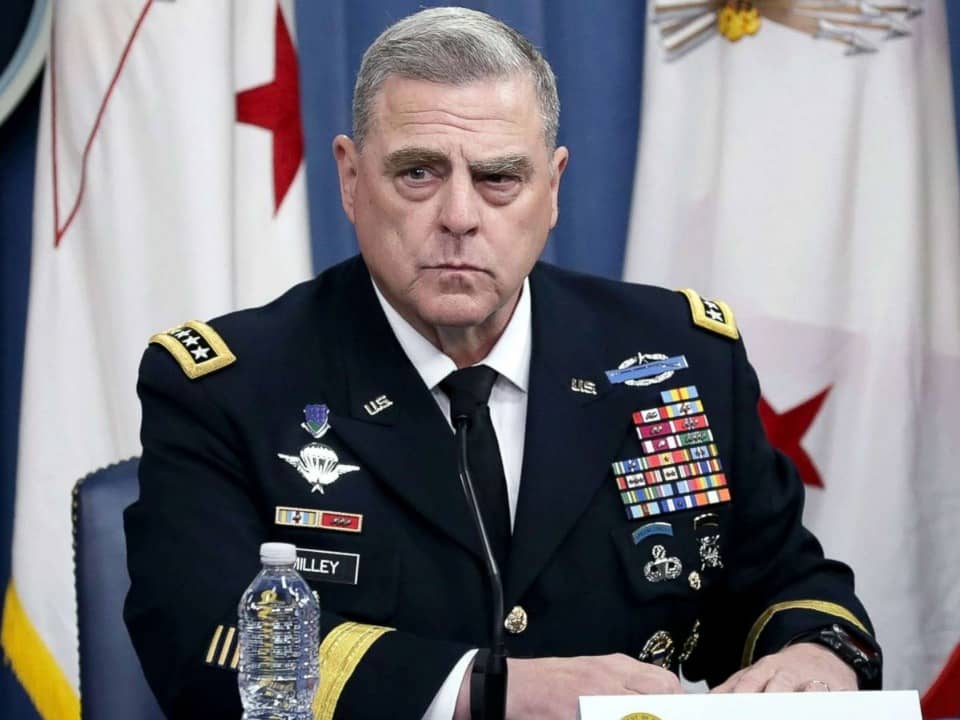 Mark Alexander Milley is the United States Army’s 20th Chairman of the Joint Chiefs of Staff. He was the Army’s 39th chief of staff earlier. He is well-known for his incredible commanding abilities.

Mark Milley was born in the United States of America on June 18, 1958, in Winchester, Massachusetts. Milley’s father, Alexander (1924–2015), joined the US Navy as a Navy Corpsman in March 1943 who served in the 4th Marine Division and landed on the islands of Kwajalein, Saipan, Tinian, and Iwo Jima. His father worked as a restaurateur and food trader after the war while her mother, Mary Elizabeth (née Murphy), worked at a Seattle hospital as a Navy nurse.

President Biden and the National Security Council were initially cautioned by Milley that withdrawing American forces from Afghanistan risked the Taliban re-emerging. The Biden administration, on the other hand, ignored it and proceeded with the withdrawal of US soldiers from Afghanistan, with the final troops set to leave after the handover of Bagram Airbase to the Afghan government. The Taliban, however, launched a campaign to overthrow the Afghan government and capital the next month, following the withdrawal of US soldiers. As a result, the Taliban besieged Kabul, Afghanistan’s capital, and took control of the city, generating considerable panic and bewilderment among Afghans, particularly those who had previously collaborated with US officials and attempted to exit the country.

Thousands of Afghans flooded Kabul Airport in a desperate attempt to exit the city and this incident caught the attention across the globe. Milley, who had counseled the Biden administration on the risks and dangers of removing troops from Afghanistan, later stated that he was unaware of any intelligence reports indicating that the Taliban could overrun Afghanistan’s capital city, Kabul, in 11 days. Many people are questioning Milley’s judgment in the decision to remove US soldiers from Afghanistan, especially because he previously stated that pulling out troops would be risky, sparking a debate. Some authorities, like Utah’s 2nd district Congressman Chris Stewart, have called for Milley to resign and admit responsibility for the turmoil that ensued after the fall of Kabul on August 15, 2021.

Hollyanne and Mark Milley are married. His wife is a nurse that works in the field of cardiology. They are the parents of two children. Peter Milley and Mary Milley are the names of their children. He enjoys spending time with his family, but owing to his job schedule, he has less time, but he still makes the most of it. General Mark Milley has 50 followers and 322 followers on Instagram, where he has 1 post under the username @gmarkmilley69. Milley appears to be uninterested in sharing details about his personal life on social media.

Throughout his so far career, whatever Mark earned came from his base salary and other benefits given to the Military person. It’s hard to estimate his net worth as we don’t know the exact figure of his salary. He is a dedicated individual who seeks to better himself.