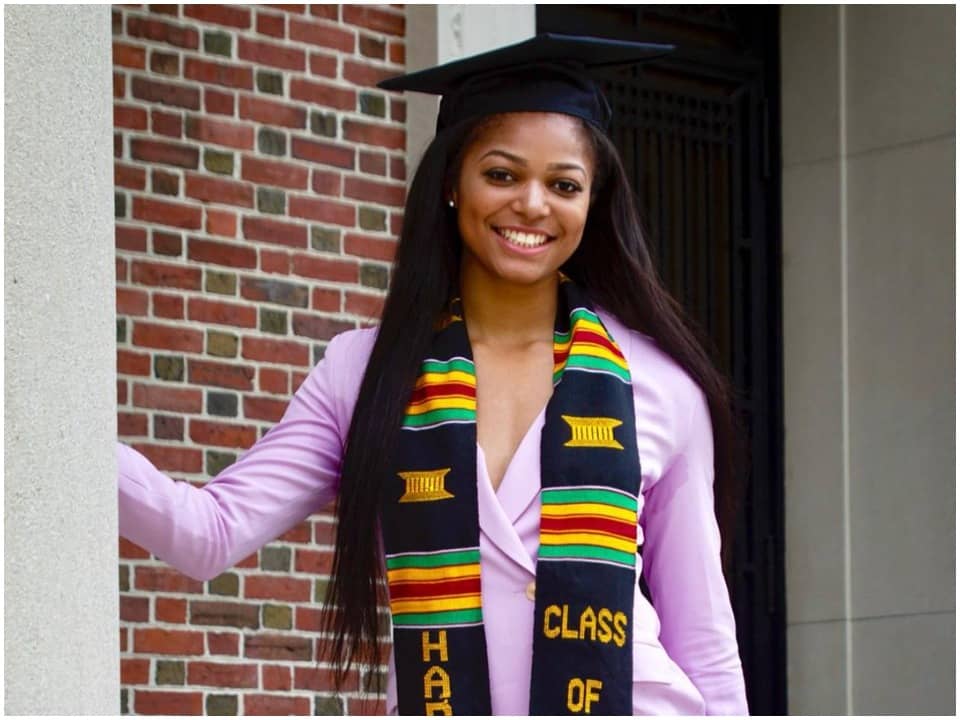 Gabby was born on 7th December 1996 in Florence, Massachusetts, United States of America. The names of her parents are Jennifer Randall and Desmond Thomas. She has shared a lot of pictures with her siblings on her social media. At a young age, she used to be very athletic and showed active participation in various games.

Gabby has completed her high school education at Williston-Northampton School. For her further and higher studies, she went to an ivy league college named Harvard University. She began studying epidemiology and health care administration and was also active in Track and Field sports. She is hoping to get admission for her further studies at the University of Texas at Houston Campus.

Gabby showed active participation in sports at her college. She has a record of 100m in 11.71 seconds, 200m in 24.22 seconds, Long Jump i19”05.50” and Triple Jump 40”07”. In 2015 she set school and ivy league records in Outdoor 100 &200 and indoor 60. She was seen in competitions like ECAC Women’s Division I Track &Field, USATF Olympic Trials, and NCAA Championship. In 2016 she achieved a new personal best in 100m crossing the line in 111.24 at Florida Relays. She also improved her college Long Jump score which is 6.27m. Along with that she was seen in USTFCCCA First Team All American and had various mentions like Regions Women Track Athlete of the Year, Honorable Mention All-America, and many more.

In 2017 she recorded a career-high of 37.47 in 300m at Boston University Season Opener. She was seen in various matches like NCAA Championship, USTFCCCA, Miami Hurricane Alumni Invitational, and Ivy League Indoor Track and Field Championship. In October 2020 she made a deal with New Balance to run professionally. She gave up her final year of NCAA eligibility to run for this Boston Brand. Along with that she also has set goals where she wants to compete in the 4x400m World Championship and Tokyo 2020 Olympics which was postponed due to Covid Pandemic.

Gabby is currently single and has also not shared details about her past relationships. She likes to keep her personal life private and likes being professional. Her focus is on her upcoming races and is preparing for the same. She also enjoys spending quality time with her friends, family, and training. Gabby is active on social media apps like Instagram and Twitter. She has 23.1 thousand followers on her Instagram account and enjoys uploading pictures of her matches. On her Twitter account, she has 3,920 followers and joined in August 2011.

Gabby has earned a lot from participating and winning in Track and Field competitions. According to sources her net worth has been estimated at around $1.5 million. She will be also be earning from the New Balance brand. Some other sources of income are sponsorship and attending various events.