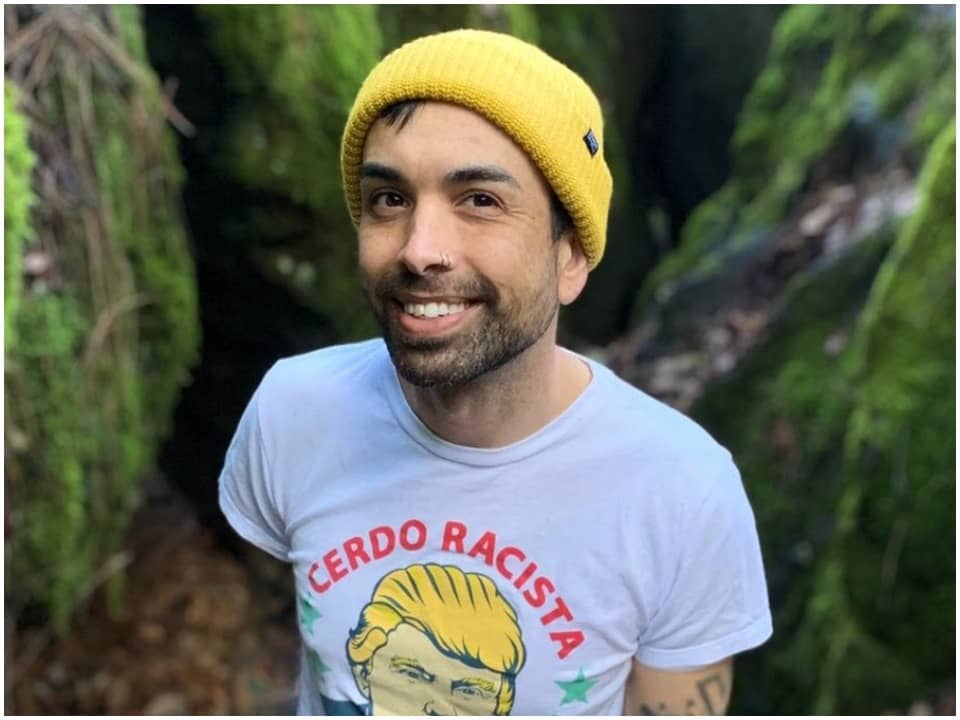 Gabriel Gipe is a teacher of a high school in Sacramento, California. He was accused of saying to the students of his classroom that he will turn his students into “revolutionaries”. He was being covered by the conservative sting activist group Project Veritas. On the other hand, the school district apologizes for Gipe’s behavior and will further consider this thing by suspending the teacher.

Gabriel was born in 1984 and is currently 37 years old who lives in Sacramento, California. Talking about his family members then some of the sites showing Charles Gipe is his father, Helen Gipe is his mother. Apart from this, it also shows Lilah as a member of the family so it might be his wife, though we don’t know for sure.

Chris Evans who is the superintendent of the Natomas Unified School District wrote in his lengthy report that he told his students to move towards the left. He wrote that the behavior was unacceptable and the students were caught once in the middle of the video. He further added that those who felt uncomfortable in the past three years, we apologize. The school district has put the teacher on paid leave and says that it is taking considerable action to fire the teacher for his actions inside the classroom. His behavior was found to be inappropriate and irresponsible.

In a two-page statement that was submitted by the superintendent, Chris Evans said that the investigation was made by the undercover video produced by conservative activist group Project Veritas. The video has provoked certain questions to which the teacher is answerable about his teacher’s methodology that he uses inside the classroom. A heavily edited video shows the clips of the video in which the teacher could be found saying that he hopes to turn the students into “revolutionaries”. Further, he talks about the Antifa group and the political posters being embossed in the classroom.

Yesterday, i.e. on 1st September 2021 (Wednesday), a group released an undercover video covering the teacher extensively. In the video, the classroom teacher of Inderkum High School was found to be sharing his educational approach while saying disturbing and undermined statements in the public’s trust. At the school board meeting following the same day in the evening, the teacher was identified as Gabriel Gipe. On the other hand, several community members and parents’ groups are criticizing the teacher for his actions.

In an email by Project Veritas, the project has released a new video in which Sacramento, California teacher Gabriel Gipe could be seen boosting or propagandizing the students of the Inderkum High School. He could be seen making some shocking statements in his video. They have written that every American should be alarmed about a teacher like Gabriel Gipe who could be teaching a child anywhere.

Regarding the case, Gipe was asked about the sting video that was made on him by Project Veritas. He replied in a way saying that he was getting harassed by the person asking about such things. The employee of Veritas who made this sting video was first asked to leave the school. On the other hand, Evans confirmed that the group has released the undercover sting video sharing the educational approach of the teacher that was further found to be disturbing and troublesome.

The teacher had stressed to the other staff in the school about the principles of democracy and the days spent investigating the teacher and his classroom environment. The video shows the teacher named Gabriel Gipe saying that I have 180 days to convert these students into revolutionaries and used some of the disappointing words like F***. The teacher has been placed on leave by the school district. Evan wrote that the school district is taking legal actions against him and will place the next step to fire the teacher.

The district has made it clear to all other teachers about the politically legal guidelines that they should follow while being in the school and which the teachers cannot do in the classroom environment. For example, the teachers cannot engage in any political campaign activity during working hours or instructional settings. From the information gathered so far, the teacher has been found violating the district’s political action guidelines related to the California educational code and ethics. In addition to inappropriate statements in the video, the teacher marked the personal decision as one of the active political issues.

In the video, Gipe could be seen saying that he and his wife have been political organizers and they have been in this organization field for years organizing different events. Further, he said that he was on the front line. In addition to speaking favorably about Antifa, he also promoted the group North Cal Resist and said that he wanted students to get familiar with their establishment. He said to students that he didn’t want students to be on the front line but wanted them to get involved with it. On the other hand, Project Veritas has proposed that the video is showing misleading content that could further harm the mental level of the students.