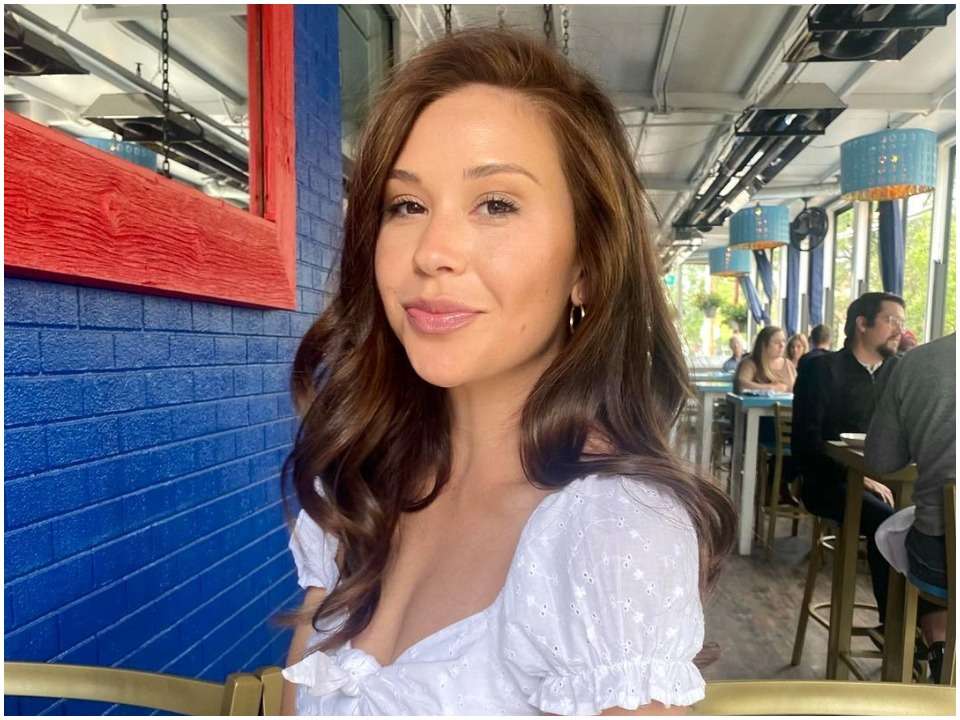 Gabby Windey is a former NFL cheerleader who is going to be striving to find her soulmate in The Bachelorette Season 19. Alongside Rachel Recchia, she remained the runner-up in Clayton Echard’s The Bachelor Season 26.

Gabby was born on 2nd January 1991 in O’Fallon, Illinois to her parents named Rosemary Hewitt and Patrick Windey. She is not the only one in her family, rather, she has been brought along with her sister Jazz. Gabby went to O’Fallon Township High School, where she was given the chance to showcase her talent and was assigned the position of sports editor in the school paper and later won Miss O’Fallon in 2008. She is a graduate student of the University of Colorado, Colorado Springs which she received in 2013 and later moved to Denver, Colorado in the hope of making a better career.

Gabby is living in her 30s and describes herself as a nurse. She says on the show The Bachelor that she is not much involved with her mother. Also, she has not seen her mother for a long time but is quite close to her father. The father and daughter duo often enjoys their holidays while being with the dad’s girlfriend. She is often stuck to her family including her dad and his girlfriend, and her grandfather who is quite entertaining and helps her in all her ups and downs.

Gabby was an NFL cheerleader in the past years and has worked for the same for at least 5 years for the Denver Broncos. Besides this, she works as an ICU nurse in Denver, Colorado. A year ago in 2021, she received the honor of Pop Warned Humanitarian Award for her commitments and dedication in other fields. With this achievement, she becomes the first woman to receive the humanitarian award that is usually given to NFL players.

Gabby has described a lot about herself in the show. According to her bio on ABC, she says that she is looking for a man who is quite confident and possesses the type of physical personality that is hard to pass. She wants a personality who is ready to be her guy in all ways. She wants the kind of man who is ready to challenge her, communicate with her while explaining her feelings, and who is ready to work with her equally to carry the weight of the relationship. Also, Gabby is a lover of dogs. And she aims to have a man in her life who is warm and possesses the heart for four-legged friends in his life because she often spent her time with Goldendoodle Leonardo.

She expects to have a man who has love in his heart for such animals who spend their time with people giving their whole devotion. With the things ending up in the show, people and the fans are getting curious to know about Gabby Windey. Gabby, who is currently 30 years old, has caught herself in the finale of the show. She has come to share a lot of information and her previous relationships. All of the above, she has got her official Wikipedia page in her name. Although the internet and social media platforms are already flourishing with memes and funny jokes over the connection between Gabby Windey and Rachel Recchia- the two final contestants of The Bachelor, the fans are stuck between the two personalities and hoping for their favorite one to win!

Gabby already revealed the name of her previous man in his life. Call it coincidence or something else, Gabby dated a man named Dean Unglert who apparently appeared on the shows called The Bachelorette (season 13) and Bachelor in Paradise (season 4 & 6). Dean met his girlfriend on one of these shows (Bachelor in Paradise) named Caelynn Miller-Keys, although it took a while for the pair to start their journey and end up after the show. Dean and Gabby dated each other when they were in college and while being on the podcast “Help I Suck At Dating”, he revealed that he has an ex who is going to attend the next show The Bachelor. He also said that Gabby will either win the Bachelor’s or will try for another chance in the next Bachelorette.

Seeing her work details and past working profiles, it is clear that Gabby must have an estimated net worth of nearly $1 million. With her hard work and achievements, she has become the first woman to receive a humanitarian award. She has worked as a cheerleader and later changed her profile to medical nursing for ICU units.