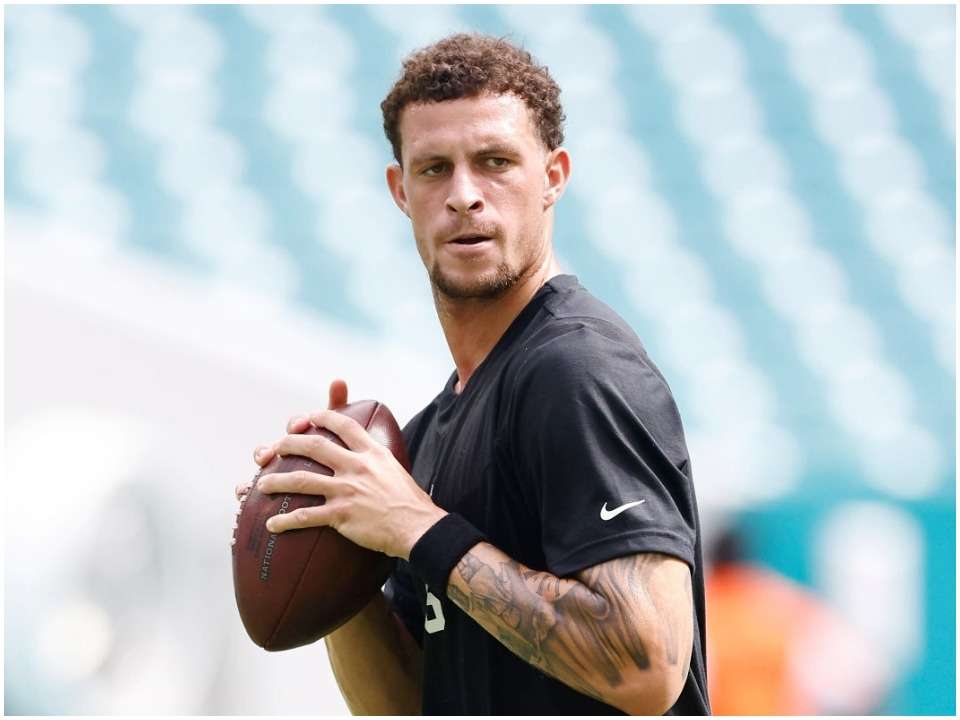 Feleipe Franks is an American football player who plays as quarterback for the Atlanta Falcons of NFL. He started his career with Florida Gators. He had to suffer a season-end injury and later got transferred to Arkansas where he played a year ago. Recently, he made his contract with the Falcons after going undrafted in the NFL draft.

Feleipe Franks was born on 22nd December 1997 and was brought up in Florida. He went to Wakulla High School in Crawfordville, Florida where he completed his education. During his high school career, he played football and rushed for 6,867 yards with 81 touchdowns. He was given four-star recruit by the major recruiting services. He was also named 54th highest-ranked prospect by 247 Sports Composite. Originally, he was committed to Louisiana State University (LSU) to play football in June 2014 but later got switched to the University of Florida in November 2015. He has an older brother named Jordan who plays tight end for Cleveland Browns.

Feleipe got himself redshirted for the first year at Florida Gators in 2016. He played as a freshman in 2017 and was honored to play as a quarterback. Franks headed towards Michigan and stood against them with his entire team. He struggled for the game against Michigan and was lowered in favor of Zaire in the second half. In the game of 16th September 2017 against Tennessee, Franks started the game and threw back 212 yards including the game-winning 63-yard. Franks’ team won the game with an overall score of 26-20 that was Franks’ first career win. After a 3-1 start, Gators’ lost six of their final seven games and finished the game with a disappointing record of 4-7.

This was the school’s second loss of the season after 1979. Franks led the team with 1,438 yards, 9 touchdowns, and 8 interceptions. On 20th January 2020, Franks announced that he would be transferring to Arkansas. Later on 16th September 2020, he was named as one of the four-team captains, and shortly after he was named as quarterback for Razorbacks’ season opener against Georgia. He led Razorbacks to win with an overall score of 21-14 against Mississippi State. On 3rd May 2021, he was regarded as an undrafted free agent by Atlanta Falcons. He had his first-ever pass in NFL on 18th November 2021 that was intercepted.

Feleipe is linked with Kelston Sund and they seem to be romantically involved with each other. They have appeared on each other’s timelines on Instagram. They often post their pictures on social media. The pair is involved with each other for years. However, it is not known that how and when they met. Franks has kept his life private from the public’s view. He doesn’t seem to talk much about his personal life or any past love affair.

Feleipe Franks get around $60,000 payment every year with an extra award of $5,000. His recent net worth is estimated to be somewhere between $5 million and $10 million. He has attained good fortune out of his fame from his football career.