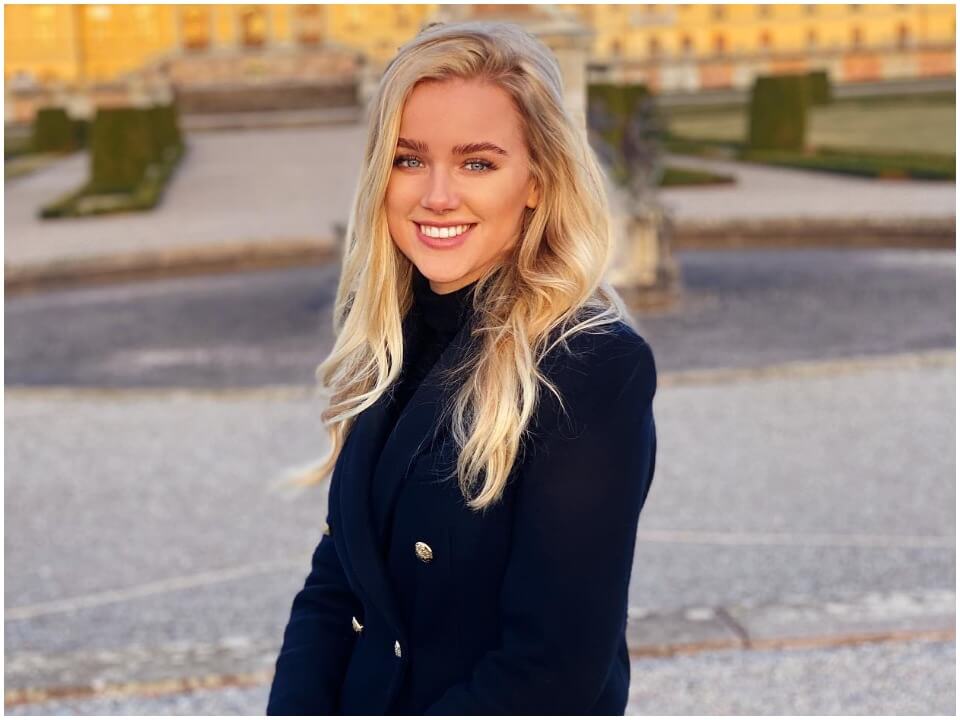 Eva Vlaardingerbroek is a Dutch personality who is an opinion maker, host, and former politician for the party called Forum for Democracy. She started working professionally right after making her career in law at the age of 18.

Eva Vlaardingerbroek was born on 3rd September 1996 and as of 2022, she is currently 25 years old. She went to Utrecht University to study law and later at the Ludwig Maximilian University of Munich. After earning a graduate degree in law, she went to work on her master’s degree. She received her masters in the field of philosophy of law from Leiden University. Eva is a graduate student of her master’s with honors where she developed and worked on an essay on “the contractualization of sex in the me-too era”.

After completing her degrees and graduation, Eva went to work with the party Forum for Democracy in the European Parliament in Brussels, where she carried her position as a politician for at least 6 months. Later in 2020, she left Brussels and started working as a researcher in Leiden. In October 2020, Eva left her position at the university and began working on her dissertation so that she could focus on her studies and politics. Vlaardingerbroek took part in the Forum for Democracy in 2016. During one of the sessions of the party’s congresses in 2019, she gave one of a critical speeches on feminism.

Later, Eva developed and published a few famous articles in the newspaper. To name a few it included the Dutch weekly Elsevier Weekblad. In early 2021, Eva relocated to Sweden, where at the end of March (the same year) she started hosting the program called “Let’s talk about it”, which used to be published on the YouTube channel Riks of Sweden Democrats. Later, Eva made her public appearances in June 2021 and April 2022 on Tucker Carlson Tonight- the most-watched talk show that started back in 2016.

Eva Vlaardingerbroek has been involved in many relationships. She started dating back in 2017 at the age of 21. For the first time, she casually dated Thierry Baudet (39 years old founder and leader of Forum for Democracy- FvD). Later in late 2021, Eva began dating the famous podcaster, Will Witt, to whom she was introduced by one of the known personalities Dennis Prager- the co-founder of PragerU. Will Witt and Eva are now described as a couple. They exchanged the rituals of engagement in a private ceremony in March 2022.

Eva Vlaardingerbroek describes herself as a legal counsel. She started working with Maes Law BV in January 2022, and for the last four months, she has been maintaining her position at the company. Earlier she has worked as a host, lecturer-researcher, trainee, reporter, journalist, supporter, secretariat employee, and vice president. She started with her first job at YOUNG Gooiland, which she stretched from 2014 to 2015- at the age of 18. It is for sure that she must be earning a good amount of money because of her multiple professionals and hands in politician career. Eva’s estimated net worth is nearly $2 million, which she gathers from her recent profession of legal counsel.