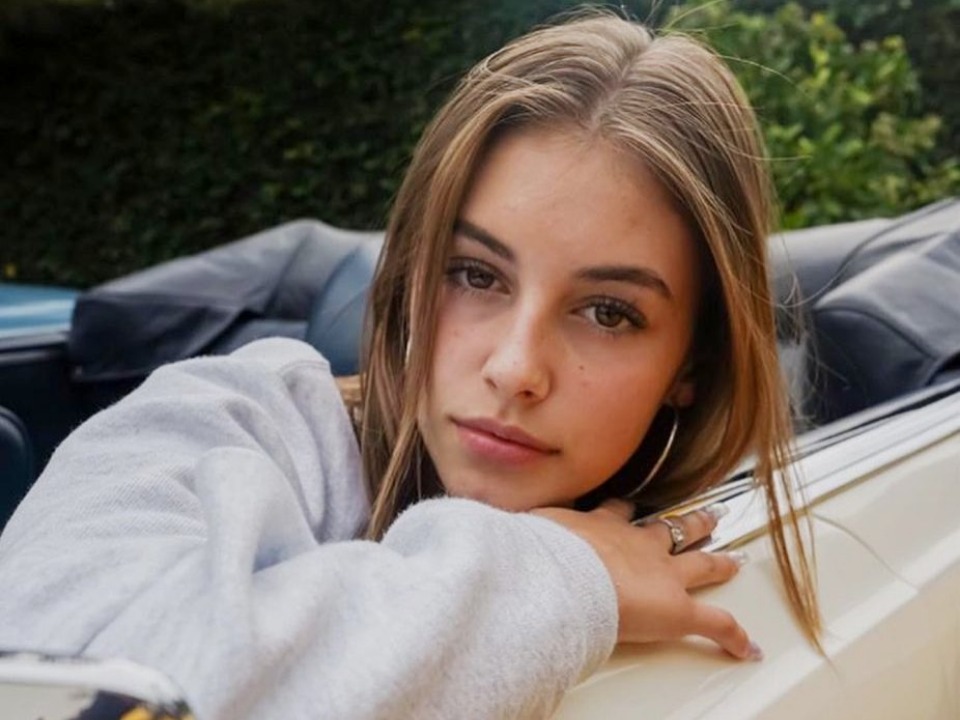 Eva Cudmore is a young and beautiful social media influencer. She is popularly known for her content on Tik Tok and Instagram Some of her content was Peeling off a face mask, lip-sync to a scene in Mean Girls, and dancing on YNW Melly song named 223s. She has also advertised a few brands such as CASETiFY, Novashine Teeth Whitening, TC Social Club, and Reigning Queen. Recently in 2020, she became a member of a content house named Top Talent L.A.  Management and Not A Content House.

Eva Cudmore was born on 26th February 2003 in Abu Dhabi, United Arab Emirates, and later moved to Florida, United States of America. The information about her parents is not in the limelight. Her dad has appeared in one of her videos but the details about him are still kept private and away from the limelight as she is a very private person. She has a sister named Beth who has appeared in one of her videos on Tik Tok. According to sources she is currently living in Los Angeles. The information about her schooling has been kept private and according to her age, she still is not a high school graduate student.

Eva started her career by creating accounts on social media apps like Tik Tok, Instagram, Snapchat, and Twitter. She is popularly known for her lip sync videos and is a social media superstar and influencer. In 2019 she posted a video where her father appeared and she introduced him to her fans. On 17th April 2020, she posted a video on Tik Tok which was peeling off a face mask. Later she posted many dances and lip-sync videos. Her most popular video was her lip sync to a scene in the film Mean Girls. She also did a dance routine to YNW Melly’s song named 223s. She posts pictures and videos regularly on social media also she is one of the top social media influencers.

Recently in 2020, she joined a content house named Top Talent L.A.  Management and Not A Content House. These are the popular groups that consist of popular social media influencers. She has also appeared in various commercial advertisements. The brands which she has advertised are CASETiFY, Novashine Teeth Whitening, TC Social Club and Reigning Queen are a few examples. She also has her own fashion merchandise which is available on TC Social Club online store where she deals in T-shirts and Sweatshirts.

Eva is currently single as there is no information available about her relationships publicly. According to Instagram posts, she is really enjoying spending time with her friends and family. She also tries to be active on social media and posts content every day to engage her fans. Eva is a popular social media influencer. Her Tik Tok account has 2 million followers and a maximum of 41.9 million likes on her posts. She is also available on Snapchat where her username is “eva.cudmore”. Her Instagram account has been followed by more than 401 thousand users.

Eva is a member of a popular content house and also promotes various brands like CASETiFY, Novashine Teeth Whitening, TC Social Club, and Reigning Queen. She is also one of the top social media influencers in Canada. According to sources her net worth has been estimated at around $750,000.