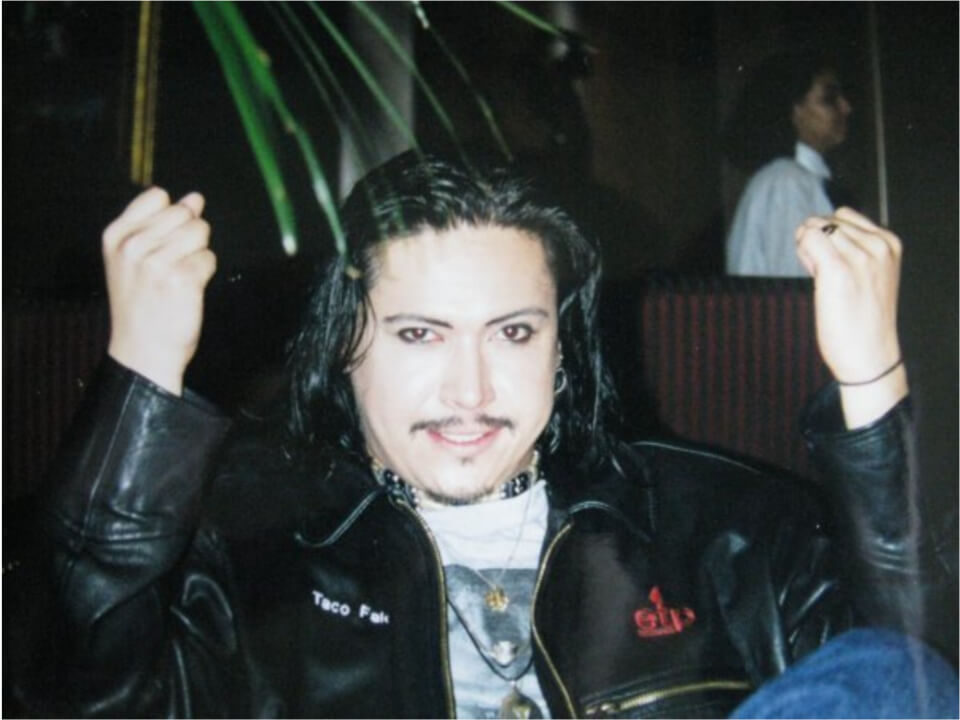 Bruno Falcon, also known as Bruno ‘Pop N Taco’ Falcon, was an American personality and a street dancing pioneer. He appeared in many films and TV hits including the famous hit of the time- the 1984 hit film Breakin’. It is being declared by his sister and his official Facebook page that he is dead at the age of 58.

Bruno Falcon was born on June 10, 1964, and spent his whole life in Los Angeles, California, USA till his adolescence stage. He appeared and worked for many legendary figures and great dancers of history in the USA. Bruno was like a teacher for 13-time Grammy Award winner Michael Jackson and taught him the famous legendary moves of the time including popping, waving, gliding, and animation techniques for around 16 years of his career. He worked in collaboration with the legend for his most-watched films like Captain EO (1986), Moonwalker (1988), and his 69-date Dangerous Tour (1992-93).

Bruno Falcon was famously known by his popular name Pop N Taco and was the choreographer, dancer, and actor of his time. He was known for his best dance moves and worked with various famous musicians, choreographers, and dancers of the time for several years. One of the most notable personalities with whom he worked for Michael Jackson in one of the iconic music videos, Smooth Criminal. As soon as he started working with Michael Jackson, he gained huge recognition and popularity in the industry.

A few other well-known names of that time with whom he worked were Lionel Richie, Chaka Khan, and other members of the Jackson family. He worked in various movies and music videos. He appeared in the most-watched programs and films of the time, Bill and Ted’s Bogus Journey in 1991, Moonwalker in 1988, and Thumbelina in 1994. Falcon worked in the most featured films in the Joel Siberg-direct cult classic film where he portrayed Electro Rock.. he also worked with another famous star of the time, Adolfo ‘Shabba Doo’ Quiñones who died on 29th December 2020.

Bruno collaborated with many of Michael Jackson’s tasks and works and most of his notable work included “Smooth Criminal”. He has also been seen working alongside Jackson while doing anti-gravity lean and various other famous dance moves of the time. The legendary actor and dancer also appeared in the Breakin’ sequel Electric Boogaloo, Bill & Ted’s Bogus Journey 1991, and Captain EO and also served as the choreographer of the animated 1994 film called Thumbelina. Despite all his appearances and great works of the time, he appeared in the music videos of Chaka Khan and Lionel Richie.

Bruno Falcon was surely a married man but none of his family members has come forward to depict the identity of his family including his wife and children. At the moment, we are not sure whether he was married or not but one thing is certain he was having his sister by his side at the time of his death.

The death news of Falcon came after his sister Diana Wolgamott confirmed that her brother had died because of natural causes. At the time of his demise, he was residing in his Long Beach, California house and the sister confirmed the news to all media channels including local ABC affiliate ABC7.

The news was also shared by the family, friends, collaborators, and other close relatives on social media. Despite all of his nears and dears, Toni Basil, who once worked with him, also went to Twitter to show her grief over the death of the young and dynamic 58 years old’s death. She wrote on her Twitter account:

On the other hand, Falcon’s official page described Bruno as an incredible personality with a kind and generous heart, who used to put smiles and lighten up the hearts of many in every single moment. He was born with unique talent and will forever be the greatest dancer of history, who once worked with the legendary Michael Jackson. The page also described the moment as a sad and emotional one confirming the date of his death as 2-7-2022.

He was 58 at the time of his demise. It is also speculated that he was dead because of a severe heart attack, meaning that he might be having heart disease (or a kind of). However, there is no news covering this fact and no diagnostic test has been performed to confirm the heart attack. On the other hand, Falcon’s sister revealed that he died because of natural causes.

At the moment, we depict Falcon’s estimated net worth to be around $5 million, which was far enough to give him a name and fame in the industry.