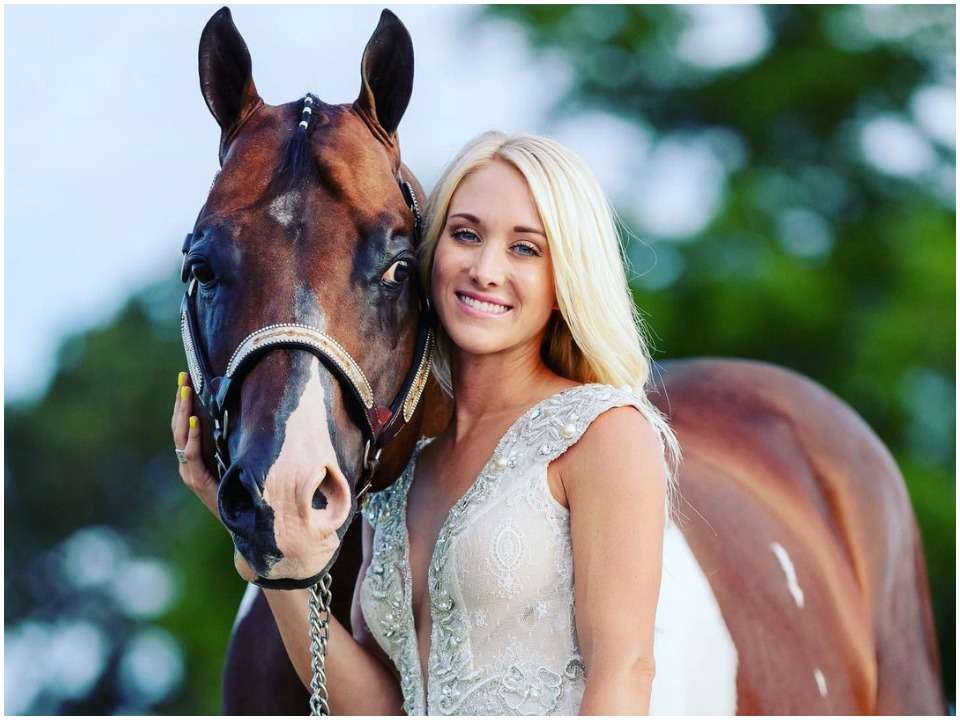 Erin Bradshaw, daughter of the famous football player Terry Bradshaw is a world champion equestrian. She is currently in the spotlight because of the news of her pregnancy and she is preparing to welcome a new member to her family with Scott.

Erin Bradshaw was born in Westlake, Texas, the United States in 1989. She has achieved a lot of fame in her life as one of the youngest daughters after Rachel Bradshaw and Lacey Hester Luttrull. Erin Bradshaw is the daughter of Charlotte Hopkins and Terry Bradshaw (a former NFL player). Lacey Hester Bradshaw, Erin’s stepsister, is the daughter of David Luttrull and Tammy Alice Bradshaw, Rachel and Erin’s stepmother. Erin graduated from the University of North Texas with a bachelor’s degree in fashion marketing and went on to become an American Paint Horse Association and American Quarter Horse Association exhibitor following graduation.

She is employed in the equestrian sports industry. She is a professional horse rider with extensive experience in equestrian activities. Erin is also a cast member of The Bradshaw Bunch, an E! reality show that premiered in September. The show takes an inside look into Terry Bradshaw’s life in Texas, where he lives with his wife Tammy and their family. Erin had always wanted to make a career out of horseback riding, and she was able to do it.

Erin has also won a number of championships in the past. Aside from that, she’s well-known for her appearances on television. Erin is smitten with her horse, which she has called John Simon. The Bradshaw Bunch is thought to have become the most popular reality show, so they produced a second season, which is also well-received.

Erin Bradshaw has had enormous business success, but she has never let it eclipse the peace and contentment she finds in her relationships. Erin Bradshaw met Scott Weiss in 2012, and the two became soulmates. They dated for a long period before getting married. The pair married in a private ceremony at the Milestone Barn in Aubrey, Texas, on May 6, 2017. After her wedding, Erin added the surname Weiss to her name, and she is now known as Erin Bradshaw Weiss. The Due date for Erin is around December 17, 2021, which means the family might welcome a new member in the third week of next month.

Erin’s net worth is projected to be between $1 and $3 million as of 2021. She and her husband, Scott, are both working very hard to improve their financial situation. The couple is gaining popularity and success as they have begun to feature more frequently on the show’s most recent season.