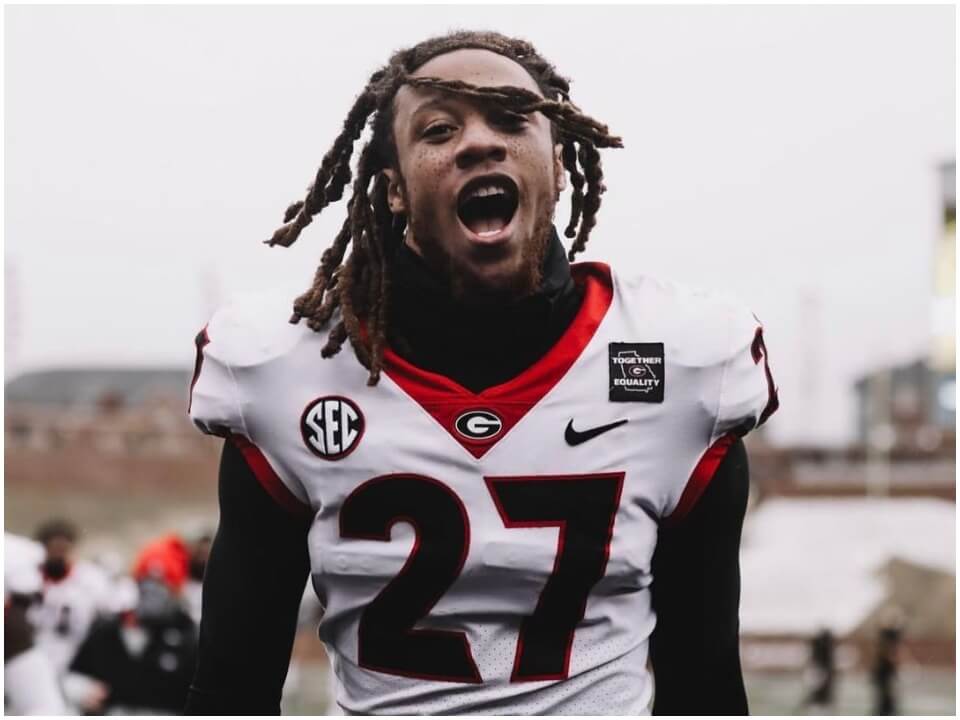 An American football cornerback, Talented Eric Stokes present himself in Green Bay Packers of the National Football League. He used to play college football at Georgia and in the first round of the 2021 NFL Draft, he got drafted by the Packers. He got fame after he got picked up by the Green Bay Packers.

Eric Jamane Stokes was born on 1st March 1999 and was raised in Covington, Georgia. His proud parents are Brandie Maddox and Eric Stokes Sr. However, they got divorced so Eric has to spend a lot of time ply between their two homes. Both the parents struggled to make ends meet financially. Since his childhood, Eric has a sporting spirit and always wanted to be a footballer.

Stokes professionally opt football as his career when he was attending his high school. Since his sophomore year, he has been winning state track championships of all kinds. He got coached by Troy Hoff at his high school and named to the 2016 Atlanta Journal-Constitution Class. Later in 2016, he took a lead and headed the Eagles to a 7-3-1 record. And in the same year, he appeared in GHSA Playoffs and defensively tallied 20 total tackles, 1TFL, 2 interceptions, and 5 passes defended.

While in 2018, he played in 13 of 14 games and finished 20 total stops, including season-high five tackles against Texas. In 2020, he started at CB in all 10 regular-season games and finished with 20 total stops, 4 interceptions, 4 pass breakups, and 3 QB pressures. He was on the preseason watch list of the Wuerffel Trophy, given annually to the player who best combines exemplary community service with athletic and academic. On April 29th, 2021, stokes was selected 29th overall by the Green Bay Packers in the 2021 NFL Draft. He became the fifth Cornerback selected in the draft.

However, Eric has kept his relationship status ambiguous as he appears to be reserved about his family history. So for the time being, we assume that he is single but soon will update after he finds his better half. Along with his fascinating football career, the handsome hunk has a huge fan following on social media. He enjoyed around 36.9k followers on his Instagram handle @jamaneee with no less than 20k likes on each post. Eric usually uploads his videos playing football and his best kicks. He earned around 21.2k followers on his Twitter account @_jamane_

The talented athlete is on his journey towards being the best of the rest and is expecting more. There is no data available regarding his net worth and assets as he appears to stay confidential about the information but it is highly known that he earns his fortune and building up wealth by his professional football career and his mind-bending talent.