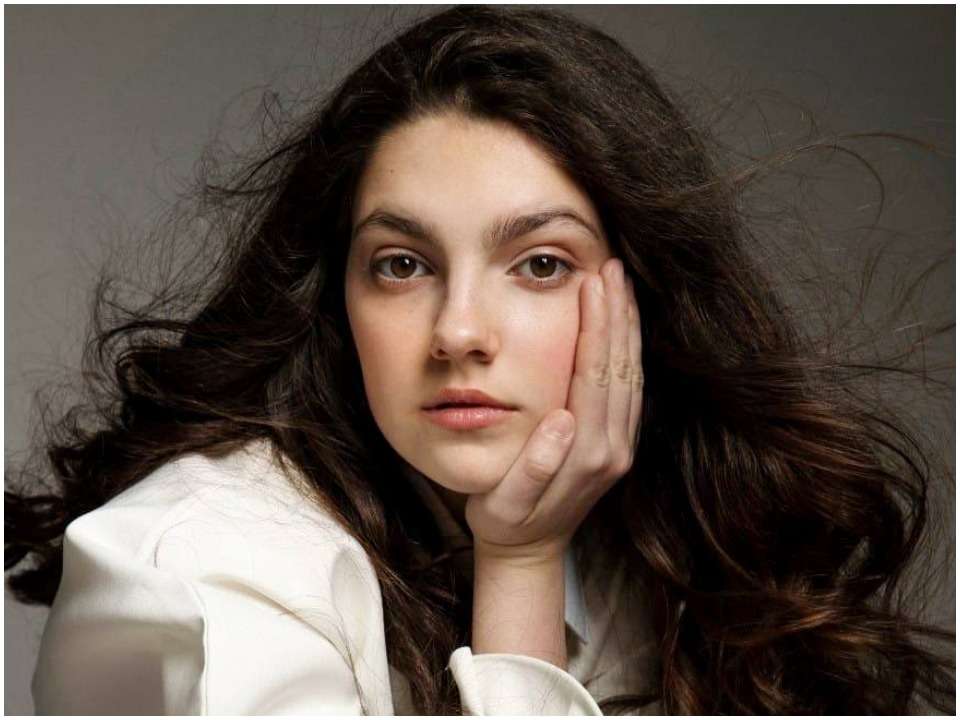 Emily Carey is an English personality who is performing the role of young Alicent Hightower in the HBO television series “House of the Dragon”. She is best known for her featured roles in BBC One’s Casualty (2014–2017, 2021)- where she performed the role of Grace Beauchamp, and is also famous as Mika Cavanaugh in iPlayer and Netflix’s “Get Even”. In July 2021, it was announced that Emily would be the featured part of the new upcoming series House Of the Dragon. Since 2021, Emily has been busy maintaining her dates with Young Alicent Hightower in the HBO Game Of Thrones prequel series ‘House Of The Dragon”. The series is now set to release in August 2022.

Emily Carey was born on 30th April 2003 to her mother named Sarah MacDonnell. Ever since childhood, she was more interested in acting, dancing, and singing than anything else. Her grandma worked as a wardrobe mistress at the local theatre and she would often go with her to watch live performances. Eventually, at the age of 6, she got a chance to perform in her first-ever professional show, a pantomime version of Aladdin.

When she saw the audiences were quite happy and leaving the theatre with smiling faces, she thought that this is the most incredible talent of a performer and that’s how she decided to be an actor. Emily’s first professional acting role was for the theatrical appearance of Shrek as a Young Shrek that she acted in front of a massive audience at Theatre Royal Drury Lane. This was her life’s first role to experience the world of films and acting. She was nine at that time and had never been to the stage earlier.

Emily began acting on television at the age of nine. She made her debut with “Shrek The Musical” at The Theatre Royal Drury Lane. Her performance made her get a straight entry to “Marta Von Trapp” in The Sound of Music at Regent’s Park Open Air Theater. At the age of eleven in 2014, Emily was given the role of Grace Beauchamp in BBC’s flagship Saturday night drama ‘Casualty’. She appeared in 41 episodes of the show giving her appearances for the regular 5 seasons until 2021. The same year, she starred as  ‘Mini Idina’ in the music video called “Baby It’s Cold Outside”, the single hit of the year made by Idina Menzel and Michael Buble.

Since Emily started working at the age of nine, she performed various roles in television series and major hit singles or albums. She worked in the 10 Part drama ‘Houdini & Doyle’ performing the role of Mary Conan Doyle and also appeared in Turn Up Charlie for Netflix with the role of Bae. Emily played the featured role in Mika Cavanaugh 10 part series ‘Get Even’ on Netflix and the series was released in 2020.

Beginning with Films or Big Screen

Emily had her first film in 2017 titled ‘Wonder Woman’ (a Warner Brothers blockbuster movie), where she played the role of Young Diana. She has also given an example of her young action and a major hit with the blockbuster role of Young Lara Croft in the ‘Tomb Raider’ which was released in 2018. She has also performed in a few animated movies including ‘Where Is Anne Frank’, which got the prime place and premiered at the Cannes International Film Festival in 2021. Later that year in 2022 (spring), she came up with another role as the Teenage Wendy Darling in ‘The Lost Girls’.

Carey has also given her voice to the featured roles in the films like ‘Monster Family 2’ and ‘The Canterville Ghost’. Emily is associated with the UK talent agency named Curtis Brown and USA’s agency UTA. She is also managed by Grandview LA. Emily also played the titled role of Anastasia in “Anastasia: Once Upon a Time”, the film that was released on Netflix. She would also be seen playing the role of Teen Wendy in “The Lost Girls” which is the screenplay adaptation of the novel by the same name.

Seeing her Instagram pictures, it is believed or rumored that Emily is dating her musician female partner named Kelli Marie. The couple has been pictured and posed together on Emily’s TikTok. Kelli has shared a pair of pictures with Emily and has captioned “I can’t wait for other people to see your talent…..” On her Instagram, Emily has either posted pictures with her friends, her dog named Dottie, or the scenes surrounding her workplace. She has posted many pictures with her many female partners while playing or showing their queer sides.

Emily Carey has performed various features and most-watched acting roles in theaters, small screens, films, or even Netflix series. She developed her skills single-handedly and lived alone with her parents. For the moment, Emily’s estimated net worth is somewhere around $1.5 million.