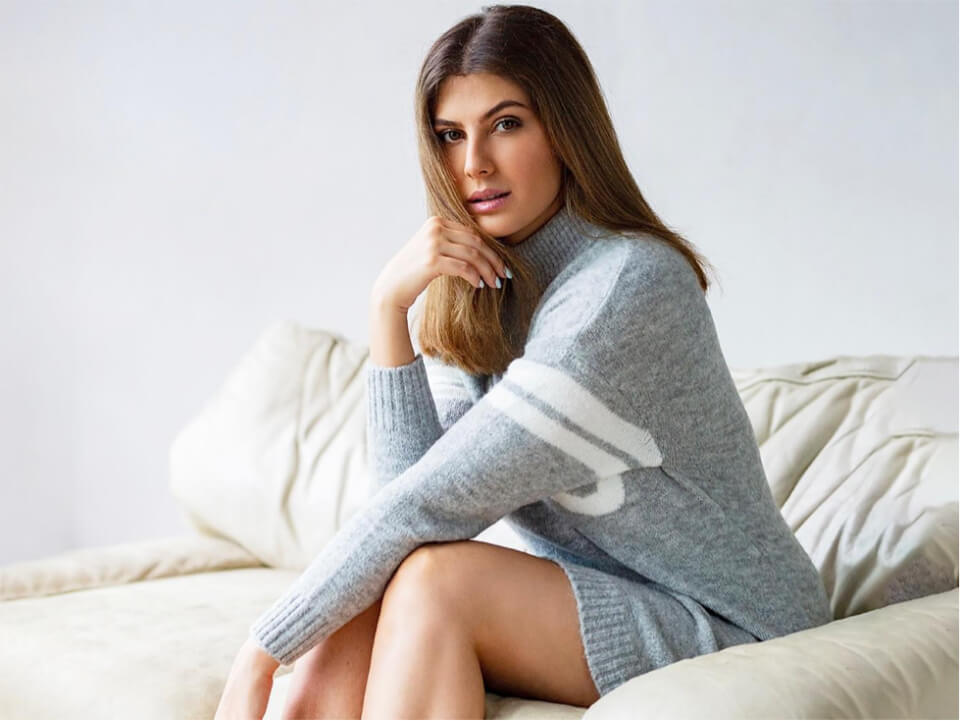 Elnaaz Norouzi is an Iranian-born German Actress, Model, and Singer. Elnaaz is best known for playing Zoya Mirza with Nawazuddin Siddiqui and Saif Ali Khan in the Netflix original series ‘Sacred Games (2018)’. She also worked in web series like – Der PateVon Bombay (2018) and Abhay(2019) for ZEE5’s. In 2022, Elnaaz made her debut song titled – ‘La La Love’, officially released on 27th July 2022. The loving song LaLaLove ❤️ hit 10 million views across all platforms. Elnaaz often remains in the news because of her films, and nowadays, she is in the news because of the ongoing controversy in Iran.

Elnaaz Norouzi was born on 9th July 1992 in Tehran, Iran, to Iranian parents. Her nickname is Naaz. As of 2022, Norouzi is 30 years old, and she comes from a family of Muslims. Her parent’s name is Amiri Tandiseto (father) and Shila Atashgah (mother), who both have always been great supporter of her acting and drama. At age 8, she moved to Germany with her family members. Elnaaz has always been interested in acting and modeling since childhood. She learned acting and had her drama classes at the New York Film Academy. She moved to India.

Elnaaz started her professional career as a Model when she was 14. She has walked and shown her presence on the Hugo Boss and London Mercedes Benz Fashion Week runways. She has also shown her presence in international fashion houses like Dior and Lacoste. Elnaaz made her acting debut in the 2018 Pakistani film Maan Jao Na directed by Aabis Raza, in which she played the role of Raaina. Most of her acting roles have been in Indian movies and TV shows. She also worked on Punjabi films like Khido Khundi (2018), Directed by Rohit Jugraj Chauhan. She portrays the role of NaazGrewal in the movie Khido Khundi (2018). Elnaaz Norouzi played the feature role of Mona Malhotra in the movie Hello Charlie (2020) along with Indian stars – Siddhanth Kapoor, Rajpal Yadav, and Aadar Jain.

Later, she appeared in an Indian web series on SonyLIV named Chutzpah (2021) along with Indian stars Manjot Singh, Varun Sharma, and Diksha Singh. Besides her acting career, Elnaaz Norouzi has also appeared in Indian music videos with famous singer Guru Randhawa. She also appears in Indian singer Tony Kakkar’s music video named Nagin Jese Kamar Hila. Elnaaz Norouzi has also been featured on the covers of FHM India and Lifestyle magazines. She officially launched a music video, ‘La La Love ❤️’ in 2022. In an Interview, Elnaaz said, “I’ve always had a passion for singing, and ‘La La Love’ is the culmination of years of hard work and patience.

Iranian Actress Elnaaz Norouzi has been raising her voice against the odds that women have been facing in her country. She is a supporter of the ongoing protests in Iran. Elnaaz Norouzi posted a video in which she wore several outfits highlighting that women have their own choice to wear whatever they want. She said that

“I am not promoting nudity, I am promoting freedom of choice!”

Elnaaz marital status is Unmarried. She has not given any clue regarding her love life. She says lots of things about her career, her films, and her experiences but stays away from the media when it comes to expressing words about love and past love affairs.

She is a prominent Iranian-born German actress. Her primary source of income from her professional career as an actress. Besides, Elnaaz Norouzi has appeared in commercials for well-known brands such as Esprit, Gerry Weber, L’oreal, Puma, Myntra, and Steve Madden. It is safe to say that Elnaaz Norouzi earned an estimated net worth of around $3 Million in 2022.