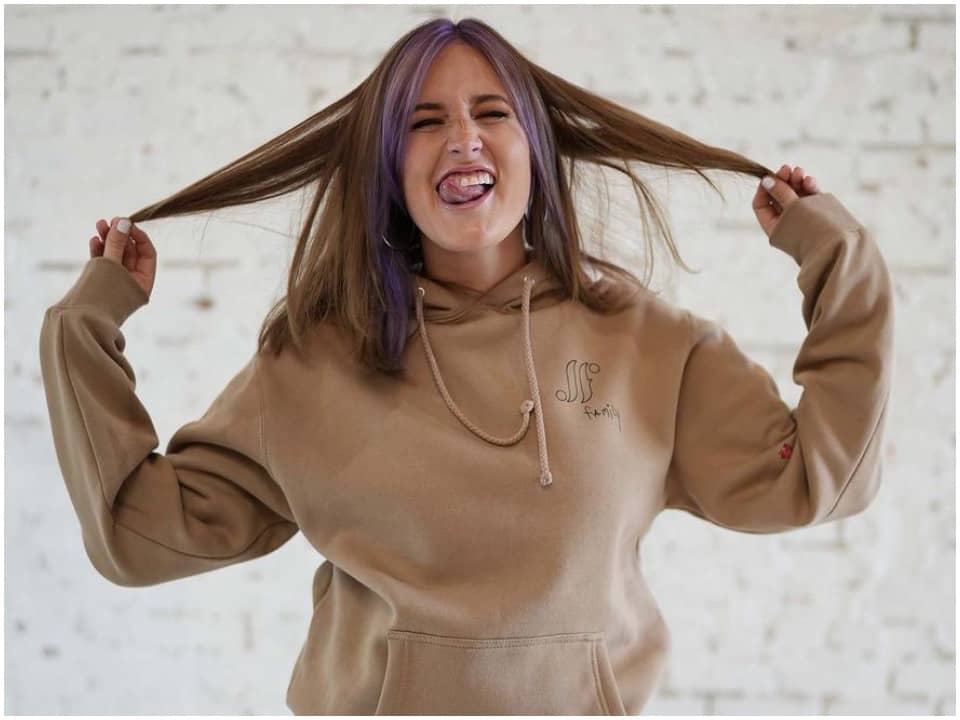 Ellie Woods is a multitasking lady and is probably well recognized for being an American Internet celebrity, YouTube content creator, and social media influencer. She caught the lime-lights for being the wife of the popular actor Jordan Fisher. She is a great personality and is on her journey to rock the industry.

Ellie Woods was born on 30th June 1998 in Birmingham, Alabama, Unites States of America to her mother Kristen Dodd Wood while his father’s identity is not revealed yet. She shared her childhood with her younger brother, Harrison Woods. In her leisure, she loves to do shopping, spending time with friends and traveling. Ryan Gosling and Emma Stone are her inspiration to become an actress.

Ellie went to the Local High School in Alabama. Later, for her further studies, she attended the University of Alabama and was graduated with Bachelor’s degree in December 2019. As per records, it is known that she is looking forward to opting for her master’s degree in Dietetics.

Since Ellie was a toddler, she is very much concerned about her fitness. In her teens, she started working on her physique and maintaining her figure. Gradually fitness became her passion and clearly chose to pursue her education and gain some more knowledge in it. She was aspiring to become a dietician and opted for ‘Food and Nutrition as her major. She is also a follower of ‘art’, which was a part of her husband’s career. As she grew up in a theatre conservatory her love for ‘art’ kept increasing day by day. Alongside her studies, she was trying for several dietetic internships in New York, Alabama, and Los Angeles. She mentioned that it was important to her to find the right program for it.

Rising star, Ellie Woods is raising bars on social media through her astonishing pictures and videos. On her Instagram account @elliewfisher, she has gained around 115k followers. She usually posts pictures with her family and friends. Recently she has been seen posting pictures from her marriage with the love of her life Jordan.

Ellie Woods tied knots with her long-time boyfriend and best friend Jordan Fisher, who is a popular actor and is well recognized for portraying the role of John Ambrose in ‘To All the Boys: P.S. I Still Love You. They took vows on 21st November 2020 in presence of their families and friends. In 2019, Fisher proposed Ellie by getting down on a knee at wood’s parents’ beach house. The couple was about to get married on 25th July but due to the Covid-19 pandemic, they had to postpone the dates. They first met in Birmingham, Alabama. They were best friends for more than 10 years before they started dating. Later in 2017, the duo started dating. Just sending two months with Ellie, Fisher was convinced that she was the perfect match for him.

Being a successful celebrity and a YouTube personality, she has been able to gather a decent amount of wealth over these years. She is a wife to a popular actor Jordan Fisher who amasses his wealth through his acting profession. Her estimated net worth is around $150 thousand and her annual salary is under review. She mostly generated her income through her professional career.