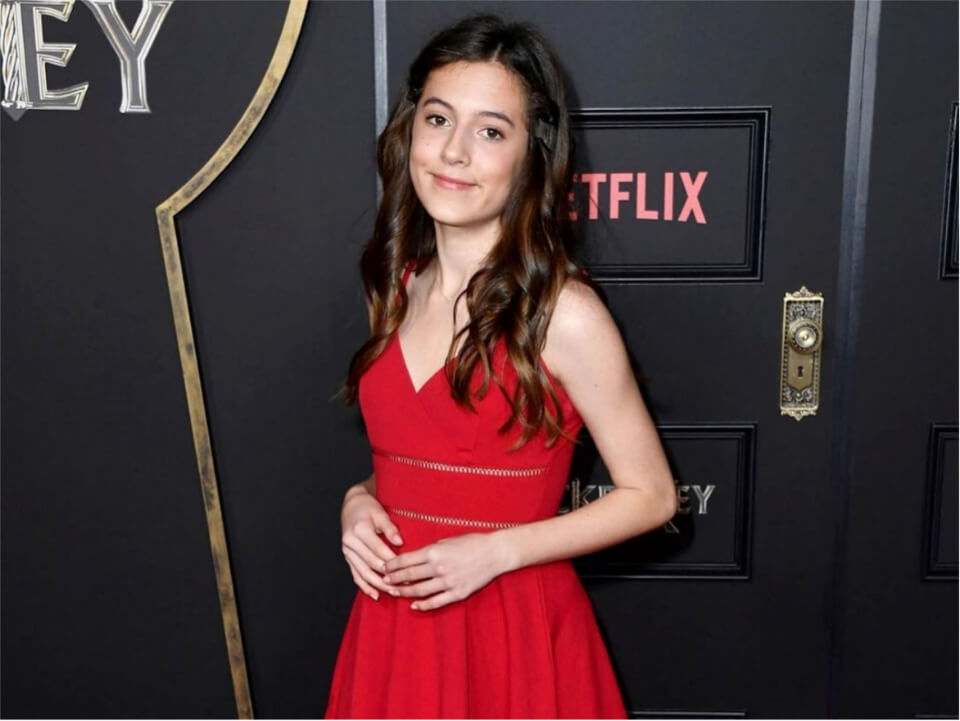 Eliza Pryor is an American child female actress who worked in various popular shows such as Truth Be Told (2019) on Apple TV+ (United States), Alexa & Katie (2018) on Netflix, and Grown-ish (2018) on FreeForm (United States). In 2017, she made her professional acting debut on the “Clique Wars” series which comprises 20 episodes. She has also made guest appearances on Raven’s Home (Disney).

Eliza Pryor was born on 26th October 2006 and her hometown is in Dallas, Texas. The identity details of the family members such as father, mother, and siblings are not available currently. Eliza is only 15 years old as of 2022. It seems that she is hardworking and trying to achieve her dreams. Her educational details are not known publicly. We will update you soon.

Eliza made her big screen debut in the feature film Spinning Man (2018) as Zelda Birch, alongside Pierce Brosnan, Guy Pearce, and RJ Walker.

Since 2018, she has been a member of the “Acapop! KIDS” music group, formed by the creators of Pentatonix. Later, She voiced Sherry Birkin in the 2019 remake of the video game Resident Evil 2.

In January 2020, she had a featured role in the Kelly Clarkson Show after the success of Kelly Clarkson Medley. In 2021, Eliza was cast on Puppy Place, a TV Series 2021 Season 1 as Daphne, based on the book series – The Puppy Place by Ellen Miles.

Eliza is a true philanthropist in the making as she spoke at the Los Angeles Walk to End Alzheimer’s in honor of her great-grandfather and supports causes that aim to help children suffering from cancer and help them upfront their lifestyle and their young teenage.

Eliza Pryor’s biggest dream/goal is “To write and produce my own music and land a lead role in a major motion picture”. She is very active on social media accounts such as Twitter. On her official Instagram account @_simplyeliza_ she has 38.9k fan followers. On her official Twitter account @_simplyeliza_ where she tweeted “Thank you so much” message to @terrycrews shared a 13 July post about -“That was a touching tribute to their former member, great job @acapopkids! #AGT From America’s Got Talent”.

According to our records, Eliza Pryor is only 15 years old as of 2022. Eliza is not dating anyone. She is possibly known to be single. Previously, she never engaged in any kind of romantic relationship and is not known to be friendly with any boy or girl in the industry.

Eliza Pryor is one of the richest TV Actresses in the United States. She has earned most of her income from his professional career as an actress. She is also a talented singer. As of 2022, she has an estimated net worth of around $1.5 million approximately.