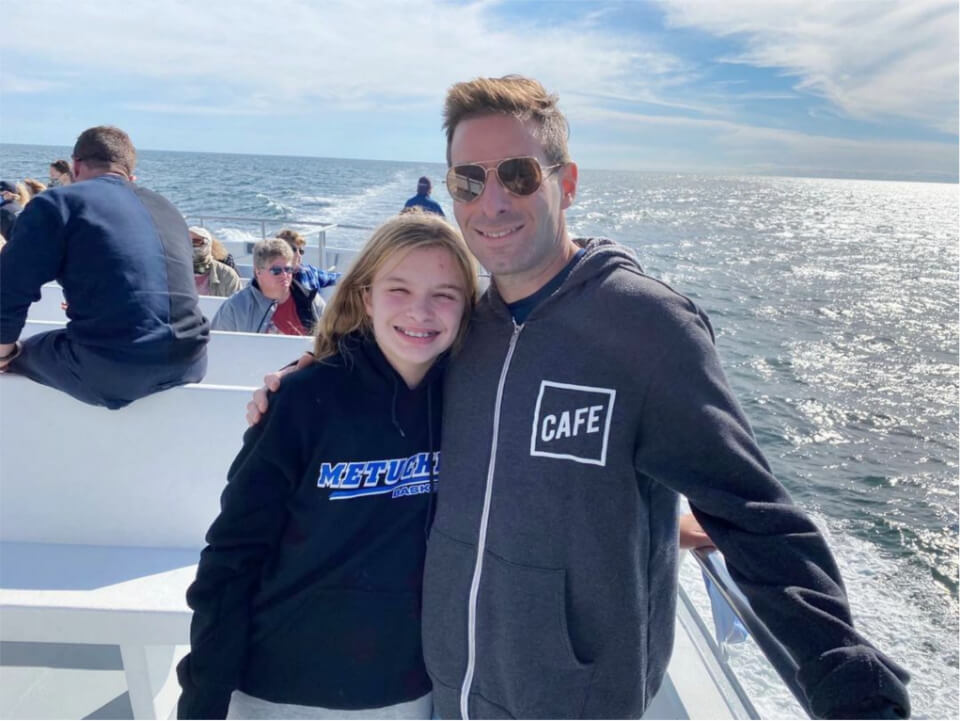 Elie Honig is known as a former federal & state prosecutor. He earned the nickname “Hotshot Honig” from the Gotti family. During his career, he prosecuted and handled federal cases involving organized crime, human trafficking, public corruption, violent crime, and more. He has also tasted the line of production; he has produced the journey of his life story in the form of the podcast “Up Against the Mob”.

Elie Honig was born on 4th march 1975 (making him 48 years old as of 2023) in Camden, New Jersey. He grew up in Voorhees and later, he move to Cherry Hill, where he completed his graduation with the class of 1992 batch. He earned an education and graduated in 1997 from Rutgers University. Later, he earned his JD (Doctor of Law Degree) from Harvard University and graduated in 2000.

Elie’s grandparents were concentration camp survivors and came from Poland in 1949. After coming to the US, his grandparents settled in Passaic, City in North of Newark, New Jersey. Soon, his father was born in 1950. Currently, his father manages a law firm in Cherry Hill and his mother was a social worker. He has a younger brother named Ben Honig (also known as Benjamin Gary Honig). His brother is married to Dana Ovadia.

Elie started his career after graduation. He served as an Associate at Covington & Burling LLP, Washington, District Of Columbia. He worked there from Sep 2000 – Apr 2004 and his first case lasted just over a month, which was the attempted robbery of a notable drug dealer law suite. In April 2004, he was appointed to the Southern District of New York as the Assistant United State Attorney. During that time, he prosecuted Angelo Prisco, a captain of the Genovese organized crime family. He also took down more than 100 mobsters as a federal prosecutor in New York. Later in September 2012, he was promoted to work as the Assistant Attorney General in the New Jersey Division of Criminal Justice. There he handled criminal cases for at least 5 years and left in May 2018.

In the News Offices

Elie Honig decided to change his career path in 2018. In June 2018, he joined Lowenstein Sandler LLP, a national law firm in Roseland, New Jersey, and served as a Special Counsel. In October 2018, he joined the CNN news network, Broadcast Media Production, and Distribution. Currently, he serves as a CNN senior legal analyst.

As the Host of the Podcast

Elie is the host of the CAFE and Vox Media crime podcast series “Up Against The Mob” (Released on 8th September 2021). He is also the host of the podcast “Third Degree” with CAFE Insider, which was started in march 2021.

Elie is also the author of the bestselling book – Hatchet Man: How Bill Barr Broke the Prosecutor’s Code and Corrupted the Justice Department, which was published: on 6th July 2021.

Currently, he is engaged in promoting his new book – Untouchable: How Powerful People Get Away with It (released on January 31, 2023). In the book, he explains the story of the most powerful and notoriously positive-attitude personality (which seems only), Donald Trump, and how he escapes the legal system, justice, and misdeeds.

Elie is a happy living married man. His wife’s name is Rachael Honig, an American lawyer. Together the couple is blessed with two children – a young son and a daughter, who is 15 years old. In 2021, his wife Rachael served as the acting United States Attorney for the District of New Jersey. And, she became the second woman to hold this position in the office in its 230 years of history.

Elie Honig is CNN’s Senior Legal Analyst and legal commentator. He also served as the Executive Director of Rutgers Institute for Secure Communities, New Jersey, since May 2018. In addition, he writes the weekly Note From Elie column featured in the Cafe Brief newsletter. It is safe to say that Elie’s estimated net worth is around to be $ 10 Million.