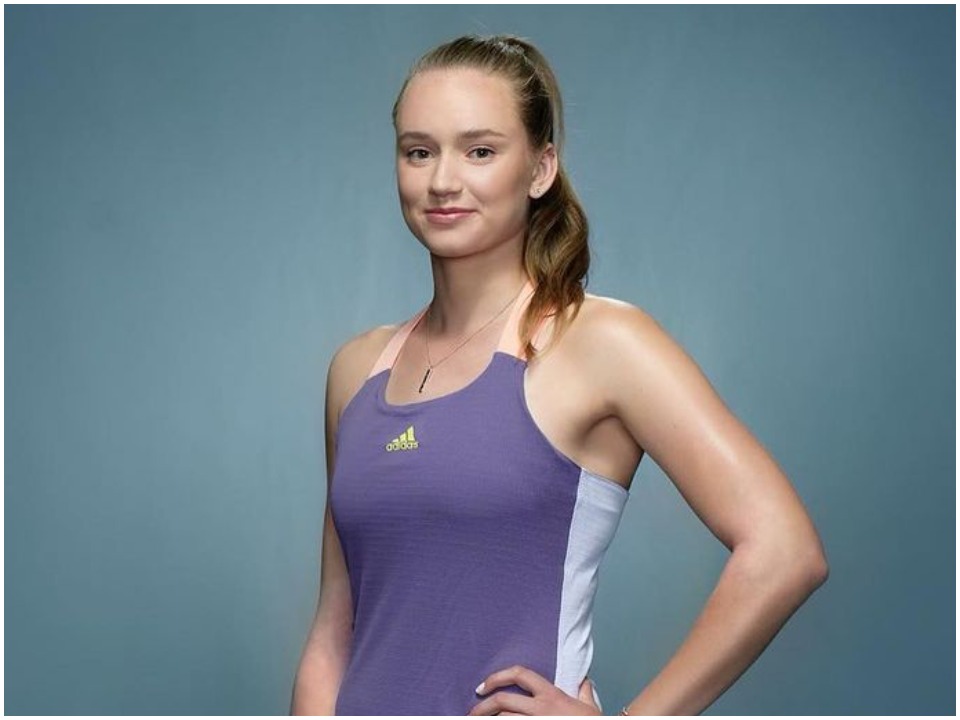 Elena Rybakina is a beholder of a successful career in tennis and is known as a Kazakhstani professional tennis player. Rybakina has been able to reach eight finals on the WTA Tour, winning 2 titles. She used to play for her country, Russia before 2018. Doubtlessly, she is a massive player and has already achieved that point where everyone recognizes her in the world. Despite ranking 23rd in the WTA rating, she has mesmerized all viewers with her improved gameplay over the years.

Elena Andreyevna Rybakina was born on 17th June 1999 in Moscow, Russia. Her parents’ identity has been kept intact and away from the mainstream media. Although, we get to know that her father was also associated with a sports background but in different sports. If we take a look at her childhood then she grew up with an elder sister who inspired her to pursue her career in sports.

She started engaging in sports with her sister and initially focused on gymnastics and ice skating. The information regarding her educational life is been cut short as she prefers to keep the details private. It is known that Elena attended a standard High School that was not specialized in sports and had to combine tennis with education. Due to this, she gets limited time to practice her play and to get better at it. She spent around 2 hours a day playing and 3 hours a day working out. However, she chose to forego college and focus on her tennis career.

It is known that every sportsperson is known for the sportsmanship, he/she prefers to show while playing the game. Elena was a born sports star. She belongs to those groups of people who know where they belong, at an early age. At the age of 6, her father suggested to her that she should switch her interest to tennis, and that’s the reason she started playing it. For her training, she went to Dynamo Sports Club and later shifted to Spartak Tennis Club, where she had several accomplished coaches. She practiced in a group of 8 players up until the age of 15 and a group of 4 players up until the age of 18.

Elena Rybakina began playing on the ITF Junior Circuit in 2013 at the age of 14. She began playing Grade-1 events at the start of 2015 but unfortunately, she couldn’t perform earlier. However, her career lifted when she reached the final at the Belgian International Junior Championships in May. The 2017 season was her last year playing as a junior. In 2018, Rybakina got qualified before Germany’s Julia Gorges shut her progress down. In the same year, to her better experience and to boost tennis in the latter country, she changed her country of representation from Russia to Kazakhstan. She got qualified for the 2018 Swiss Open-Women’s Singles, an IndyCar World Tour event. Elena made her 2019 season debut with a grand slam main drawing at 2019 French open. She would have lost against Katerina Siniakova in the first round.

Later, she gave hard times to Patricia Maria Tig at the 2019 Bucharest open for her Maiden WTA title in singles. Rybakina commenced her 2020 season with four finals in 6 events. She lost it through the finals at the WTA Shenzhen Open, St. Petersburg, and the Dubai Tennis Championships. She had more than 20 main draw match wins before the suspension of the season due to the coronavirus pandemic. Before COVID, she raised her ranking to no.17 in February 2020. After the pandemic, in 2021, she was found struggling with her form and was hard for her to stay focused and stable.

Anyways, she managed to defeat Serena Williams in the 4th round and made her first Grand Slam quarterfinal, where she lost the doubles to her partner and no.31 Anastasia Pavlyuchenkova. She went on to play against Garbina Muguruza in Berlin 2021 on 17th June 2021 for the prize money of $565,530 and it is highly predicted that Elena to win in three sets. The match went head-to-head. She is currently playing in Wimbledon 2022 where she showcased immense improvement in her technique and defeated so many popular players. Elena would be competing in the  Third Round of the Australian Open 2023 against Danielle Collins tomorrow.

It is not sure if the athlete is dating someone at present. No rumors are heard and she isn’t been linked with anyone lately. However, she might have a secret boyfriend because no details are available about her past relationships and dating history in the media. She seems pretty single at present. She is concentrating to become the best of the rest and is avoiding distraction. The sports star can be highly discovered on social media with her feeds full of achievements and record-breaking career highs. She is active on @lenarybakina, where she has 48.9k followers and is very much highlighting to see her off-grounds. She has a well-built physique and structure. On Twitter, she is not active but her play is breaking all the trends when her #Rybakina went viral.

Elena Rybakina is a sports personality and is acquires a sparkling career. glancing at her playing on the fields, it is predictable that she is one of the best players ever known and is enduring good incomes throughout her career. as a player of international women’s tennis player, her worth is $1 million as of 2021. Her present income is $13,685 per year. Wining a whole lot of matches throughout, she has been able to gather a decent sum of prize money of $2,016,083. Moreover, Elena is involved in numerous commercials and endorsements such as Adidas. Adidas has been sponsored her for clothing and shoes since the beginning of 2020. Prior to that, she was sponsored by Nike. While she uses a Yonex VCore 100 racket.