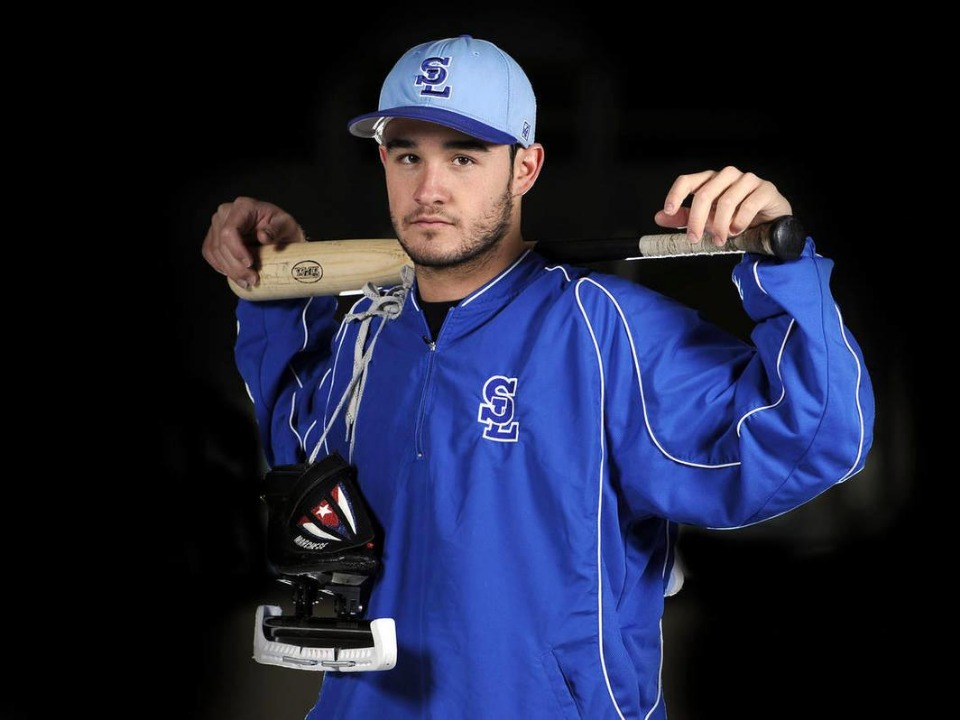 Eddy Alvarez is an American professional baseball infielder who currently plays for the Miami Marlins of the Major League Baseball. Prior to his baseball career, he is also a terrific short-track skater. He is noted for his hard work and skills he accomplished working day by day.

Eduardo Cortes Alvarez was born on January 30, 1990, in Miami, Florida to mother Mabel and father Walter. He began roller skating at the age of five, moved on to ice speed skating at the age of seven, and by the age of eleven had won national age-level titles in inline, long track, and short track speed skating. Alvarez received a pair of plastic roller skates when he was five years old. He quickly discovered that he possessed a natural ability and a strong desire for the sport, demonstrating it to weekend crowds in South Beach by performing tricks such as jumping over boxes. His first experience on the ice came at the age of seven, thanks to his coach, Bob Manning. Alvarez is motivated by Jennifer Rodriguez, a fellow Manning student and Miami resident who has achieved Olympic success.

At age eleven, “Eddy the Jet” as he was becoming known, won the triple crown – national age level titles in inline speed skating, long track speed skating, and short track speed skating. In high school, Alvarez put his skating career on wait to focus on his second love – baseball. He performed well enough to receive a full athletic scholarship to St. Thomas University as a shortstop. However, the idea of competing in the Olympics drew him back to speed skating and Alvarez declined the scholarship. “Basically my senior year I went up to the head coach and I was like, ‘listen I’ve always had this goal or a dream, and I want to go back to skating.'” he recalled. “So I dropped baseball and went back to skating.”

Eddy started his professional career in 2008. The 3000-meter relay was Alvarez’s World Junior Short Track Speed Skating gold medal in 2009. Alvarez skipped the 2010 Olympic Trials due to a gastrointestinal bug. Alvarez joined the Salt Lake Community College baseball team in 2011. He started at shortstop, hit.303, and was named All-Conference, but his knees didn’t improve, so he had them examined. His doctor discovered twelve tears in Alvarez’s patellar tendons in both knees. Alvarez recovered enough by December 2012 to make the World Cup team. In January 2013, he finished fourth overall on the US team.

He qualified for the World Championships and finished third. A gold (in Kolomna) and silver (in Seoul) in the 5000-meter relay at the 2013–14 ISU Short Track Speed Skating World Cup and took bronze in the 500m at Shanghai. Alvarez started the 2014 Winter Olympic Trials runner-up in the 1500m. Then he finished second in the 500m, earning him an Olympic berth. Alvarez finished third in the 1000 meters. On June 11, 2014, Alvarez was assigned to the minors. He played 27 games for the Arizona White Sox in the Arizona League Rookie level. On 12th August 2014, he joined the Kannapolis Intimidators of the SAL.

Alvarez was sent to the Winston-Salem Dash of the Carolina League on July 22, 2015. As of June 1, 2016, he was with Charlotte Knights of the Class AAA International League. On August 3, 2020, the Marlins promoted Alvarez to the majors. It was against the Orioles on August 5. The Marlins released Alvarez on September 13, 2020. In 2021, he joined the Jacksonville Jumbo Shrimp. The team qualified for the Tokyo 2020 Summer Olympics. He’ll be the 135th athlete to do both. On July 21, Alvarez joined basketball player Sue Bird as the first baseball player to carry the American flag.

The star Eddy Alvarez has been active on Twitter since March 2013, where she presently has 6228 followers and 138 followings. He spends the majority of the time talking about the memories he used to have from his everyday existence.

According to reports, he is not in a relationship, nor is he married, and he is not, of course, the father of any children. He is completely devoted to his professional goals and the realization of his ambitions. Nick Alvarez advanced to the Triple-A level throughout his seven-year professional baseball career, continuing a family legacy that began in his youth. Nicole, his sister, is a radio DJ for the KROQ FM radio station in Los Angeles.

Eddy has a total net worth of $3.6 million dollars, which is entirely derived from his dedication and hard work as a short-track skater and baseball player, among other things. He is a passionate and moody individual who is dedicated to his aspirations, as well as to his forthcoming job and duties.