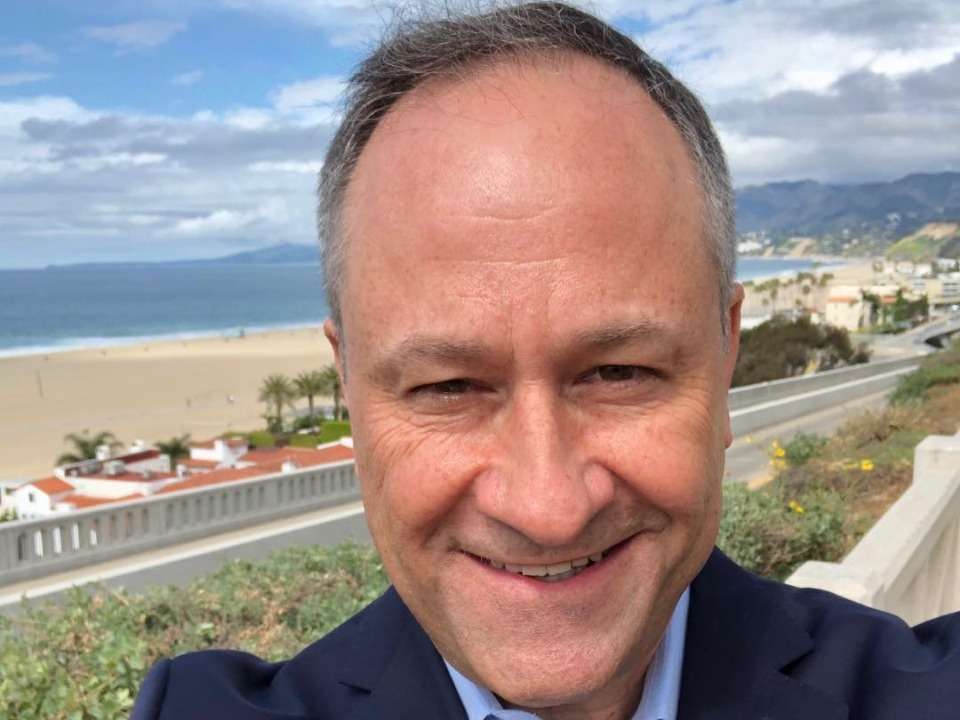 Douglas was born on 13th October 1964 in New York City, United States of America. His parents are Jewish and their names are Barbara and Michael Emhoff. He has a brother named Andy and a sister named Jamie. Doug spent 12 years of his life growing up in Matawan and Old Bridge Township, New Jersey. He attended Cedar Ridge High school in New Jersey and at the age of 17 years, he moved with his family to California. He completed his graduation from Agoura High School. For his further and higher studies he went to California State and earned a degree in Bachelor in Arts. In 1990 he also went to USC Gould School of Law and earned a Juris Doctor Degree also known as Doctor of Jurisprudence degree.

Douglas began his career by working as an Entertainment Litigator at the Pillsbury Winthrop litigation group. After few years he also worked with Belin Rawlings & Badal which is a boutique firm. In the year 2000, he and Ben Whitwell who is a seasoned litigator opened their own firm which was later taken over by Venable LLP in 2006.  His clients were companies like Walmart and Merck and he later became Managing Director at Venable’s West Coast Office. In 2017 he worked as a partner in Washington D.C. and California offices with DLA Piper which is an MNC law firm.

In 2020 he left DLA piper as his wife was running for the 2020 United States Presidential election. So his work may lead to a conflict of interest concern. Since his wife has won the 2020 United States Presidential election he plans to focus on providing justice and become a legal representation. He also decided to join Georgetown University Law Centre as a Distinguished visitor. Doug is currently supporting his wife who now is a Vice President of the United States. He would work as their litigator and would also ensure to provide quality and justice to the society. He would also work as a visiting faculty at Georgetown University Law Centre in the department of Technology Law and Policy.

In 1992 he tied a knot with Kerstin Emhoff who is an American Film producer and CEO of a production company called Prettybird. The couple has two children together named Ella and Cole Emhoff. The couple were married for 16 years and parted ways in 2008. He then met Kamala Harris on a blind date who is a Vice President of the United States. The couple got married on 22nd August 2014 in Santa Barbara, California. Their wedding was officiated by Kamala’s sister named Maya Harris. The couple is currently residing in Number One Observatory Circle which is an official residence of the Vice President.

Doug has earned a lot by working as a Litigator for few respective firms. He also worked as a Managing Director at Venable which is an LLP firm. After his wife won the election along with Joe Biden he decided to work at Georgetown University. He also worked with DLA piper in Washington DC. His main source of income came from his law and litigation work. According to sources his net worth has been estimated at around $5.8 million.