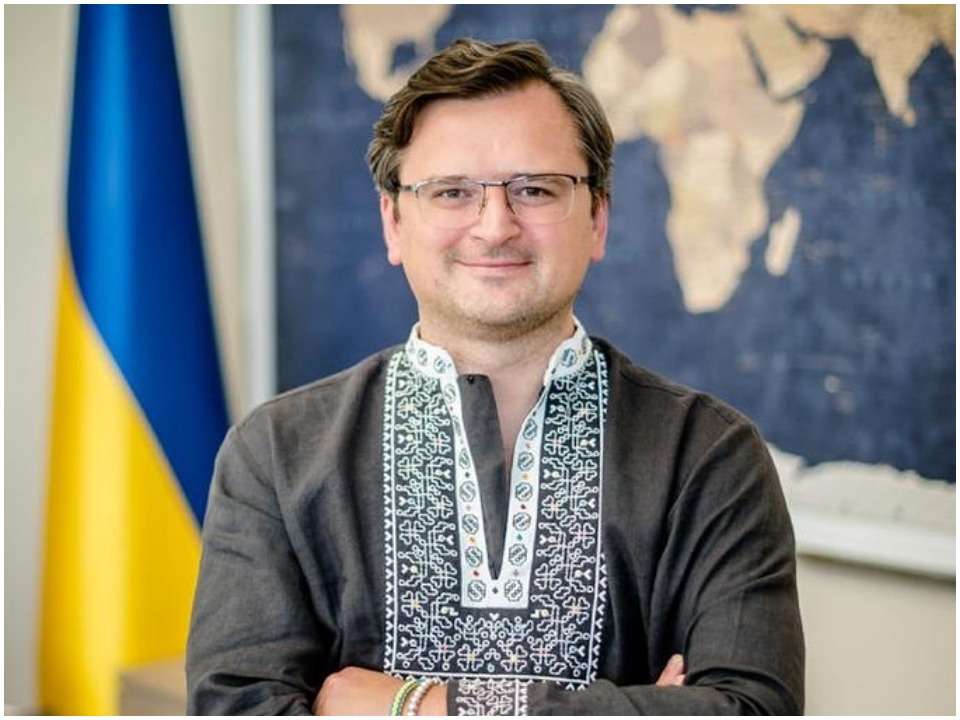 Dmytro Kuleba is the foreign affairs minister of Ukraine also serving as a member of the National Defense and Security Council of Ukraine. He is one of the most respected and powerful diplomats in Ukraine and has held various important posts in his career.

Dmytro was born on 19th April 1981 in Sumy, Ukraine to his father Ivan Dmytrovych Kuleba and mother whose name has not been shared. His father works as a diplomat and is a former deputy minister of foreign affairs. His father was also an ambassador to countries like Egypt, the Czech Republic, Kazakhstan, and Armenia. Dmytro was highly inspired by his father and wanted to take up the same career path. Dmytro is known to have pursued his education from the Institute of International Relations at the Taras Shevchenko National University of Kyiv in 2003. He graduated with a degree of candidate of sciences in International Law.

Dmytro started his career as a diplomat in 2003 when he started working in the Ministry of Foreign affairs of Ukraine. He worked at the ministry till 2013 and later left the post due to his disagreements with then-president Viktor Yanukovych. Kuleba then became the chairman of the UART Foundation for cultural diplomacy and also participated in the Euromaidan protests in 2013. He rejoined as Ambassador for communications at the Ministry of foreign affairs in 2014 during Russia’s aggression towards Ukraine. Dymtro also brought forward digital, cultural, and public diplomacy at work and contributed largely towards settling the situations.

He was then appointed as the Permanent Representative of Ukraine at the Council of Europe. Dmytro is currently working as a diplomat and holds the post of Minister of foreign affairs of Ukraine. He has held the position since 2020 and is currently also a member of the National Defense and Security Council. He previously held the office of Deputy Prime Minister of Ukraine for European and Euro-Atlantic Integration in 2019. Other than this, he has also authored a book titled “The War of Reality” which was published in 2019. The book talks about modern communication, media literacy, and counter disinformation.

Recently in 2022, as Ukraine is facing external pressure and aggression from its neighbor Russia, Dmytro released a to-do list to the world where he has listed out five points including demand for more weapons, isolation of Russia, financial support, and humanitarian assistance. As Russia has started shooting missiles on Ukraine’s military facilities, the minister has come forth seeking assistance as well as support from other nations, the EU, and the UN against the full-scale invasion of Ukraine by Russia.

Dmytro currently has 170.6k followers on his Twitter handle since he joined in 2014 and only about 250 friends on his Facebook page. Other than this, he is also known to be on Instagram where he has 6091 followers currently.

Dmytro is currently married to his wife Yevheniia Kuleba and is also a father to his children Yehor Kuleba and Liubov Kuleba. His elder daughter was born in 2006 while his youngest was born in 2011. His wife was number one on the party list for Kyiv Council in the 2020 local elections and currently works as a Kyiv City council deputy as a secretary of Kyiv city council standing committee on Environment. He is currently settled in Kyiv with his family and likes to lead a private life out of media attention.

Dmytro Kuleba has held several important positions for Ukraine’s foreign ministry and has earned a lot of income through his career as a diplomat. Over the years he has accumulated a lot of wealth and his net worth as of 2021 is estimated to be around $4million.