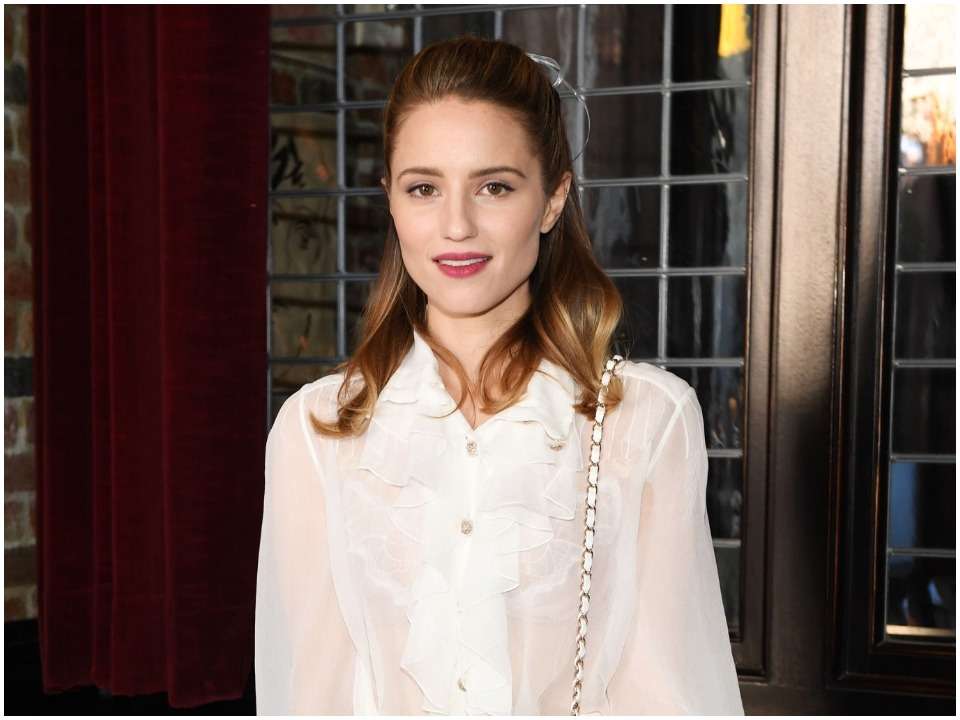 Dianna Agron is an actress, singer, dancer, and director from the United States. Agron made her cinematic debut in 2006 after a childhood spent largely dancing and starring in tiny musical theatre shows.

Dianna Elise Agron was born on April 30, 1986, in Savannah, Georgia, to seamstress Mary (née Barnes) and former Hyatt general manager Ronald S. “Ron” Agron. Jason Agron, her younger brother, is a photographer. Agron is an Ashkenazi Jew of Russian Jewish origin and has stated that she is “half Russian.” She grew up in Burlingame, California, and San Antonio, Texas. Because of her father’s job, Agron’s family had to reside in different hotels, but her mother made sure Agron and her brother were aware that this was not the norm. Agron has stated that their home was always filled with music from the 1960s and 1970s and that her mother forbade her (but not her brother) from watching contemporary films and television as a teenager, instead of allowing her to watch mostly classic musicals because she thought they had “a certain amount of loveliness.”

She went to Hebrew school as a child and was schooled at a Jewish day school until she was in third grade. Dianna Agron attended Lincoln Elementary School, Burlingame Intermediate School, and Burlingame High School in the Bay Area after the family moved there. She said it was much simpler for her to establish friends there than in Texas, yet she admitted that middle school was occasionally difficult for her. Dianna Agron was on the Homecoming court in both her junior and senior years of high school, tying for Homecoming queen with a friend; she has stated that she was not “popular” in the usual sense in high school, despite having many friends from many groups.

In 2005, Agron relocated to Los Angeles, and on the same day, she auditioned for a dance agency. When she told the agency that she wanted to be in musicals, they signed her and sent her out for music video auditions. Though she consented to appear in the video for Robin Thicke’s “Wanna Love You Girl,” she was cut when Pharrell Williams became involved and the premise was revised, Agron was apprehensive to be in music videos, fearing that she could not be regarded both a dancer and an actress. Her dance agency assisted her in finding an acting agent, and she sought to be considered for musicals, which she was informed were too old-fashioned. She started seeing movies other than classic musicals when she relocated to LA and was pleasantly astonished by how much more scope there was accessible after watching 2001 and A Clockwork Orange back-to-back.

Claiming that she did so of her own volition to focus on other projects; Rivera and Agron had a “weirdly powerful” quarrel scene in the Thanksgiving episode, according to Vulture, who added that the two “have always popped in situations like this, and have never gotten enough of them.” The scene was one of Agron’s favorites, and Murphy joked that the two characters could have their own show.  After limiting her role on Glee, Agron became the first of the group to “cut out on her own,”playing Belle Blake opposite Robert De Niro, Tommy Lee Jones, and Michelle Pfeiffer in Luc Besson’s ultra-violent 2013 mafia comedy picture The Family.  After seeing her sing on Glee, Besson reportedly created Belle with Agron in mind, wanting her to be in the film.

Pettyfer was in a relationship with Argon and was reportedly bossy and neurotic throughout their relationship. According to accounts, he threatened her over the phone and had a “heated fight” with Romanian actor Sebastian Stan, with whom Agron was close in early 2011, the couple had a terrible break-up in February 2011, the day after the film was released. She temporarily relocated to a motel under a fictitious identity so that Pettyfer would be unable to locate her and Pettyfer was told not to go to any events where she might be present.

Agron met actor Chris Evans at an Oscars party in early 2011, and the two began dating in April of that year; According to reports, Evans’ brother Scott was a fan of Agron from Glee and was supportive of the couple’s relationship. Agron started dating Stan in June 2011; they broke up in December due to Agron’s inability to spend time with him due to his job on Glee, but reconnected in February 2012 and remained together later that year.

In July 2015, it was revealed that Dianna Agron was dating Mumford & Sons guitarist Winston Marshall, and the couple got engaged in the winter of 2015/16, On October 15, 2016, they married in Morocco, with Agron wearing a Valentino Fall 2016 off-the-runway gown that was dubbed “one of the most costly celebrity weddings dresses ever.” Agron and Marshall kept their relationship a secret, even not talking about it on social media. Following their split, they began living separately in 2019 and divorced in August 2020.

Currently, Dianna has been active on social media on Instagram she has over 1.9 million followers and over 473 posts on that account. On Twitter Agron has over 1.7 Million fan followers. Being a successful and promising actress Argon has earned a huge name and fame till now. Alongside her acting career, she also earns from commercials and has gained a net worth of $4 Million till now and seems to earn more wealth and fame in the upcoming future.