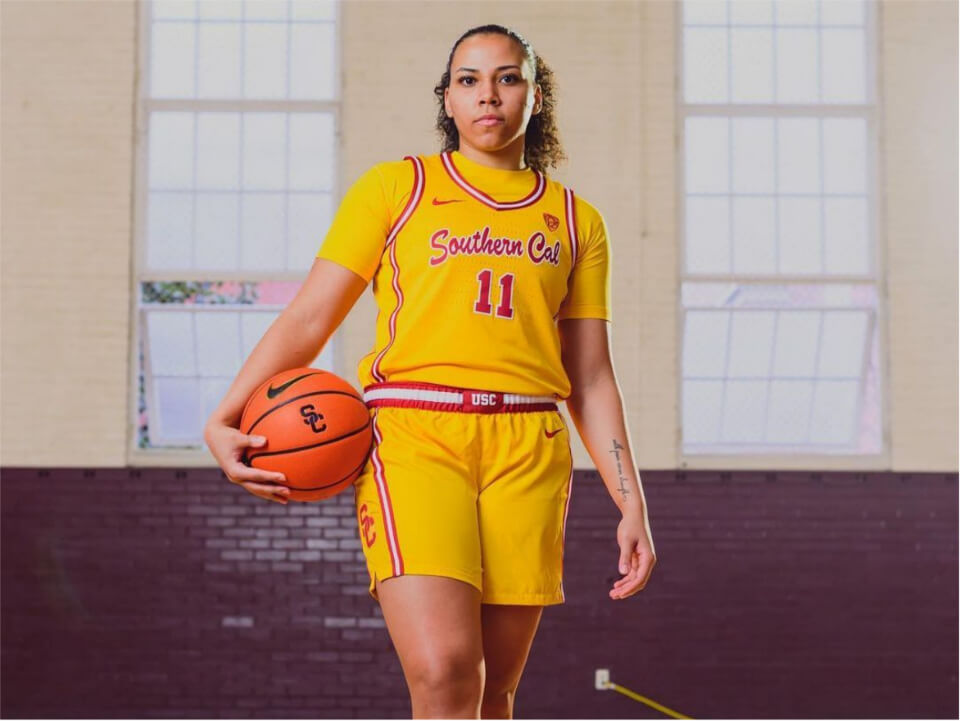 Destiny Littleton is a famous young Female-Athlete. She is best known as the 2022-23 USC Women’s Basketball Roster. In May 2022, she was at Black Student-Athlete Summit as Motivational Speaker.

Destiny Littleton was born on 1st July 1999 (making her 23 years old) in San Diego, California. Her father is Marlon Wells, and her mother’s name has yet to be known. Littleton does not discuss her parent’s or relatives’ information in front of the media as she likes to keep her private life away from the media.

She graduated from Bishop high school. While in elementary school, she played football. In sixth grade, she decided to play basketball and like to continue after graduation. She earned a degree in exercise science from South Carolina. Currently, she is pursuing a master’s in communication management at USC.

In 2017, she was California Gatorade Player of the Year as a senior out of The Bishop’s School. She was the leading scorer in California state high school, having a history of record-making points – 4,300 points. Eventually, she became the first girl player in California history to cross the limit of the 4,000-points milestone. She was picked as a McDonald’s All-American and participated in the 2017 Jordan Brand Classic.

She was named 2017 California Ms. Basketball by Cal-Hi Sports. Destiny played for West Coast and earned the overall ranking of number 33 in the Class of 2017 and Number 9 as a guard. She was an honorable mention All-America selection by the WBCA (Women’s Basketball Coaches Association). In the 2017-18 FRESHMAN SEASON AT TEXAS, she appeared in eight games. She averaged 2.1 points per game, 1.4 rebounds per game, and 0.9 assists per game.

In the 2018-19 SOPHOMORE SEASON AT TEXAS, she played in all 33 games of her redshirt freshman season, starting 12 and playing the third-most minutes on the team. She averaged 7.2 points over her two seasons, including 8.4 ppg as a redshirt freshman when she shot 32.2 percent from 3-point range. While playing, she got ankle and foot injuries, but she persevered to come back stronger than ever.

In 2019, she also transferred from Texas to the University of South Carolina. She got plasters on both legs and underwent a medical process in November 2019. In February 2020 she joined the rehab center and started jogging or balance exercises to recover completely. She started practicing hard in March 2020 means during the covid-19 phase and she completely recovered in May 2020.

Destiny Littleton is not married yet. In the past, she was not involved in any relationship. As of January 2023, she does not reveal any information about her relationship or marital status yet.

Destiny Littleton is a professional basketball player under team USC Trojans and a position guard with class Senior. It is safe to say that Littleton’s estimated net worth is around $80,000.