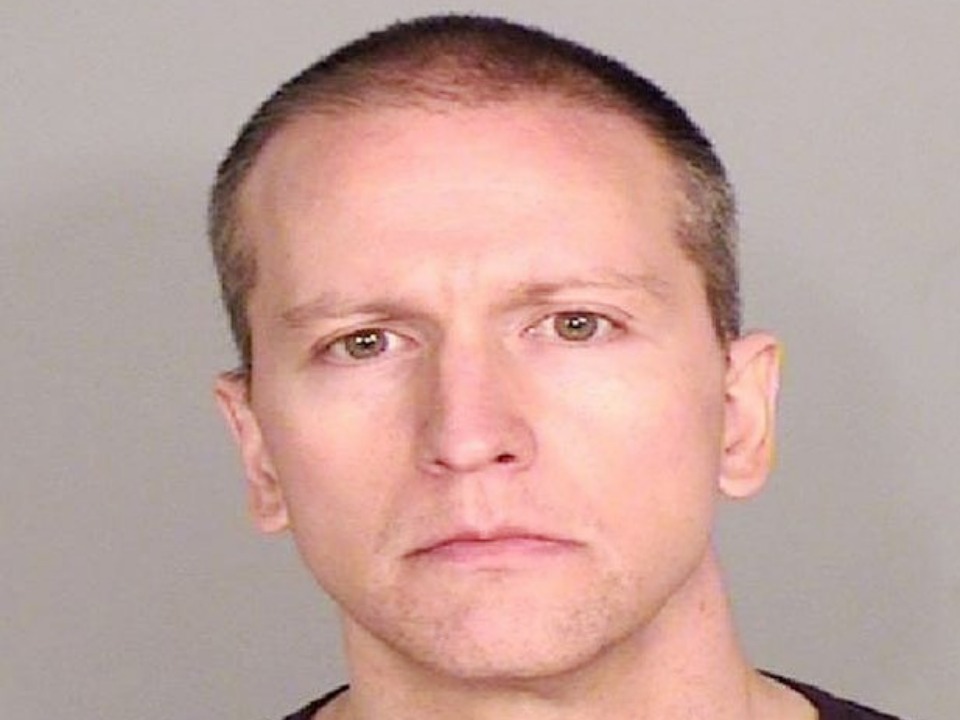 Derek Chauvin has been an interesting personality when he comes in the eyes of law. Derek Chauvin is an American former police officer from Minnesota, United States. This ex-police officer who is meant to protect the nation and abide by the rules was involved in a nearly opposite event that left every star gazing. He was involved in the murder case of George Floyd and accused of third and second-degree murder.

This dedicated ex-police officer was born on 19th March, 1976 in Oakdale, Minnesota under parenthood of a housewife and a certified public accountant. Unfortunately, his parents got divorced when he was 7 years old, though his parents were granted joint custody of Derek. He started his schooling from par high school in Cottage Grove, Minnesota but because of some personal reasons, he could not finish his schooling. After some time he obtained a general educational development certificate.

He also took a course in food preparation at Dakota County Technical College and worked as a chef for a short period of time. From 1996 to 2004 he served in the United States Army Reserve. While paying his service in the United States Army Reserve he enrolled himself in the Inver Hills Community College and later o transferred to Metropolitan State University and got graduated with a degree in law enforcement in the year 2006.

He worked as a cook after taking up food preparation classes from Dakota County Technical College. Derek served in the United States Army Reserve which included military police and during the same time, he also went to Inver Hills Community College but later transferred to Metropolitan State University from where he did a bachelor’s in law enforcement and graduated in 2006. He received a medal for his bravery in the year 2006 where he fired the suspects who pointed a shotgun at him and the other officers. Derek received another medal for his daring in the domestic-violence incident where he shot a suspect.

He also received a commendation medal in the year 2008 and the next year, received one more medal for dealing with the whole gang single-handedly. Apart from this he also had some bad records. He had 18 complaints on his official record and his name is involved in three police shootings. Derek also worked as a duty officer at the El Nuevo Rodeo, a Latin nightclub while George Floyd was working there but they both did not know each other. Throughout his career, he received many warnings for using overaggressive tactics.

On May 25, 2020, Derek with the other two officers arrested George Floyd on suspicion of using a counterfeit $20 bill at a market. Though the security camera footage did not show Floyd resisting the arrest. Based on the criminal complaint it is said that George repeatedly said that he couldn’t breathe while he was handcuffed and lying face down on the street. Derek knelt on Floyd’s neck for like 8 minutes and the other two officers knelt on his back.

In the last two minutes, Floyd could not breathe and was motionless, and had no pulse. The technique that Chauvin used has been widely criticized by law enforcement experts as excessive. Minneapolis Police Chief Medaria Arradondo on 23rd June said that Chauvin has been trained in the dangers of positional asphyxiation and characterized Floyd’s death as murder.

One of the most awaited verdicts in the country has been made as ex-cop Derek Chauvin was found guilty of killing of George Floyd. Derek Chauvin case was sent to the panel of Jury consisting total 12 members in which six were white members while other six were black or Multiracial. Arguments from both sides were kept coming a whole day and finally the verdict came in favor of George. Steve Schleicher, prosecutor said that “Use your common sense. Believe your eyes. What you saw, you saw.” Steve said we can clearly see in a video that even a child knew that Derek squeezed the life out of Floyd in May 2020.

While Derek was a police officer, he brought a suspect for a health check-up at Hennepin County Medical Centre where Kellie was working, both of them exchanged numbers, and later in June 2010 got married. Together they had no children but Kellie had children from her previous marriage. Just one day before Derek was charged with third-degree murder in the killing of George Floyd, Kellie has filed for divorce.

Derek worked as a police officer since 2019 until he was charged with the murder of George Floyd. It is reported that he has a net worth of around $500K.