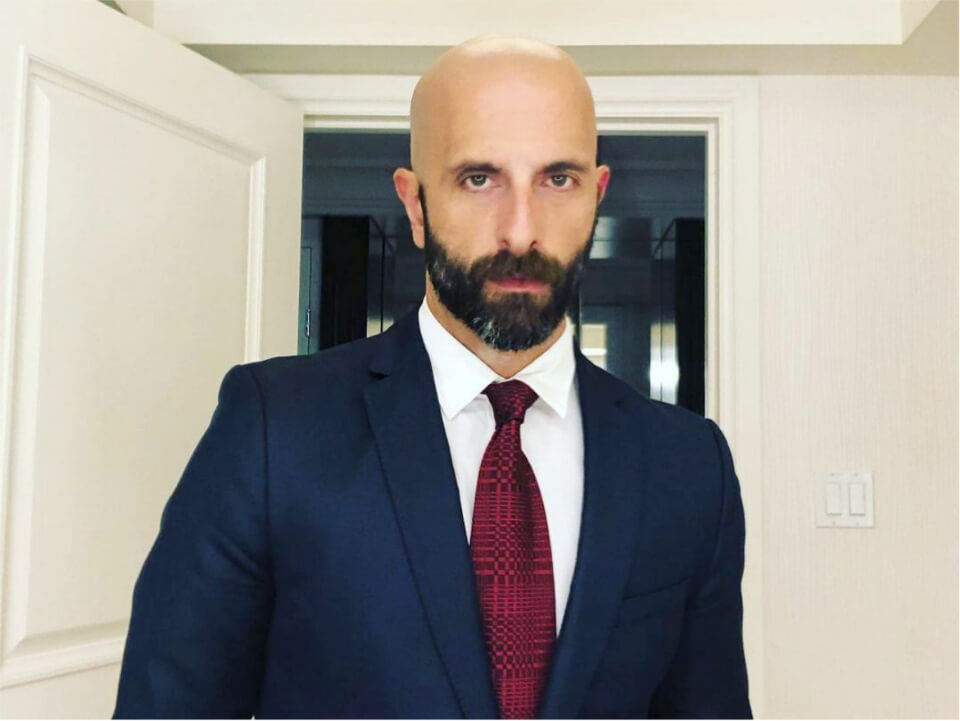 Demetre Daskalakis is the director of CDC, the prevention division of HIV/AIDS.  formerly, he was working as the deputy commissioner at the New York City Department of Health and Mental Hygiene in the division of Disease Control. In the year 2020 (December),  he came into the limelight because of his new position as director. When he was appointed as the director, he had to face a frightening transition of presidential leadership, an insurrection in the U.S. Capitol, and devastating numbers of COVID deaths in the nation. But being the responsible personality of the nation, he said it’s a great time to land the position.

Demetre Daskalakis was born in 1976 and raised in Arlington, Virginia. He began hustling for his higher education in 1991 when he first got admission to Columbia University in the city of New York. From 1991 to 1995, he received his college degree in Biology (General and Religion Double Major). From 1995 to 1999, he had a doctorate in medicine. Thereafter, he attended Harvard Medical School and received his medical residency from 1999 to 2003. From 2003 to 2005, he had his infectious disease fellowship in the same school. Later, he attended Harvard TH Chan School of Public Health and received his other degree in master of public health.

Demetre began his career with the position of a physician at Bellevue Hospital in NYC, where he worked on various public health programs and had his prime focus on HIV prevention and testing. Since then, he has served in many public health departments and hospitals including Mount Sinai Health System. Previously, he held the position of Deputy Commissioner for the Division of Disease Control at the Department of Health and Mental Hygiene in New York City. He worked and gave directions to the public health laboratory, and their programs for infectious diseases and control including various diseases like HIV, sexually transmitted infections, tuberculosis, vaccine-preventable diseases, and general communicable diseases.

He served as the commander of the NYC Department of Health and Mental Hygiene incident during the outbreak of the disease called measles during the year 2018 to 2019. Thereafter, he looked after the COVID-19 public health emergency since January 2020.

He has authored or co-authored numerous scholarly articles regarding his scientific and public health contribution. He has received several awards and honors too. To name a few, it included the Treatment Action Group Research in Action Award, the Latino Commission on AIDS Esperanza Award, the GMHC Hector Xtravagnza Xcellence Award, and the World AIDS Day awards from both New York City and New York State.

He has also shown his contribution to the voice and the community of LGBTQ. He has given his views regarding the ongoing LGBTQ rights in the magazines and newspapers like the New York Times, City and State, Out magazine, Metrosource, and Paper magazine. Dr. Daskalakis is a nationally and internationally recognized personality. He is an expert in the line of HIV treatment and prevention.

He has given a lot of his attention to his career for the treatment, and prevention of various infectious diseases like HIV, and sexually transmitted diseases, and a lot more about the safety and security of the LGBTQ community. Demetre is a highly dedicated and passionate personality in the line of healthcare and serving the communities for health equities. In December 2020, Dr. Daskalakis joined the CDC as the Director of the Division of HIV/AIDS Prevention and has been assigned the role of senior lead, equity, and engagement of the COVID-19 data in the department of CDC against the pandemic.

Demetre Daskalakis is a self-described gay personality. Previously, Demetre was married to Michael Macneal for only three years. Macneal is the known wiry fitness instructor with no former medical training but was the personality who supported and helped Demetre by piling up the paperwork for him and following him into the nightclubs or standing out with him guarding outside the private medical consultations.

Demetre Daskalakis is surely earning a high amount of money because of his only profession of medical career. He caught some media attention in the year 2013 when he took the matter to the streets to administer vaccines during New York City’s meningitis scare. During the period, he helped hundreds of patients and non-profits and served the community during the outbreak of meningitis. For the moment, his estimated net worth could be as high as $10 million or slow as $ 5 million.