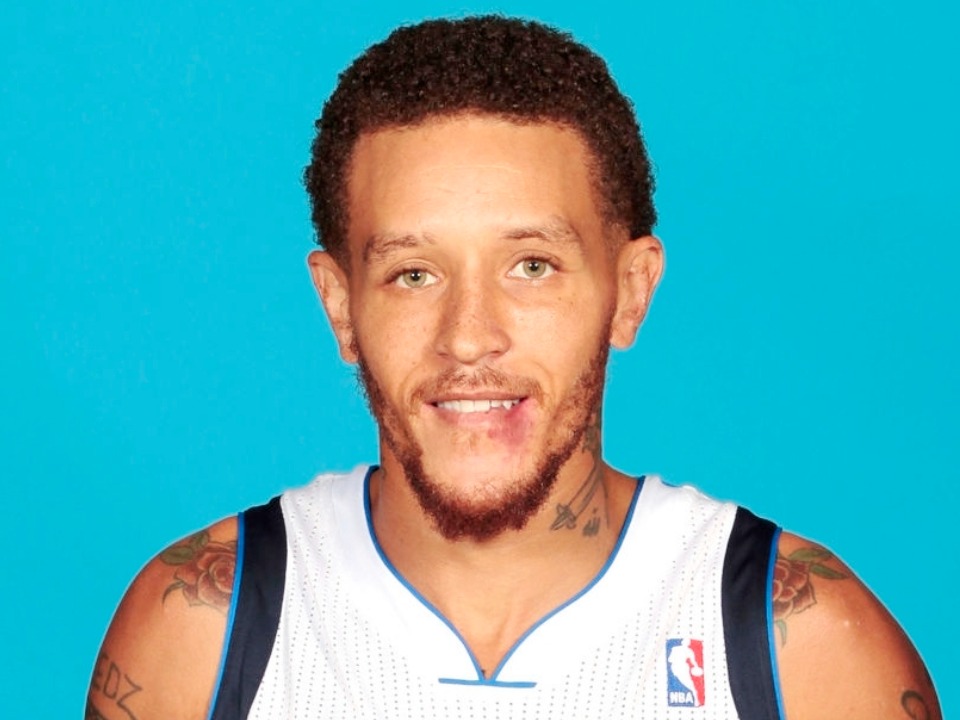 Delonte Maurice West was born on June 16, 1983, in Washington, D.C, the United States to mother Delphina Addison and father Dmitri West. He has a brother named Dmitri West Jr. and a sister named Daniella West. West describes his childhood was spent in drugs, engaged in self-harm, and spending most of his time in hospitals. He attended Eleanor Roosevelt High School in Greenbelt, Maryland, and has been playing basket ever since, and then for his college he went to Saint Joseph’s University in 2001. In 2004 he was drafted by Boston Celtics in round 1. In 2008 he was also diagnosed with bipolar disorder.

Delonte has been playing the sport since he was in school. Back in high school he made an average of 20.2 points, 6.5 rebounds, 3.9 assists, and 3.1 steals per game and thus was named Washington Post All-Met Basketball Player of the Year for his excellent performance. He then played for Saint Joseph’s Hawks starting from the year 2001 along with Jameer Nelson. West was recognized as the best backcourt in the country. As a junior, he averaged 18.9 points with 6.7 assists per game and shooting 41% from three-pointers. His contribution made Hawks earn an Elite Eight feature in the NCAA Tournament.

After his college graduation in 2004, he was selected in round 1 of the NBA draft as the 24th overall pick by the Boston Celtics. In his rookie year, West suffered from injuries and was able to play only 39 games. He averaged 4.5 points with 1.7 rebounds and 1.6 assists per game as a point guard. At the beginning of the next season, he was also named the starting point guard. That season he averaged 11.8 points, 4.1 rebounds with 4.6 assists per game for the Celtics. In the 2006-07 season, he changed to the shooting guard spot but due to certain difficulties, he moved to his original position. This season the audience witnessed his career-high of 31 points with 12 free throw shots.

In 2007 he was exchanged to Seattle SuperSonics but then in again 2008, he was again traded to Cleveland Cavaliers. Throughout the season he played 61 games where he started in 31 games and averaged 8.3 points, 3.8 assists with 3.2 rebounds per game for the team. In September 2008 he signed a three-year contract worth $12.7 million with Cleveland Cavaliers. He played the starting shooting guard together with the starting shooting guard and as a backup point guard. In 2009 he set his career-high with 8 steals against Miami Heat. For the next one season 2010-2011, he signed with Boston Celtics but for the first ten games, he was suspended due to his charges.

West then singed with Dallas Mavericks at the year-end of 2011. Per game, he averaged 9.6 points. On October 15, 2012, he was suspended after an argument, and later on October 29 he was waived by Mavericks. Following years there was a decline in Delonte’s game, he was picked up by Texas Legends for NBA D-League in 2013. Then he singed to Fujian Xunxing of China and later for NBA Summer League joined Los Angeles Clippers in 2014.

After 2 months he made a contract of one year with Shanghai Sharks but was soon released by the team. In January 2015 Delonte signed with Guaros de Lara but soon left even before playing a game. After 2 months he was acquired by the Texas Legends, he recorded 10 points and 6 rebounds for the team and after a month in April, he was waived by the team as West suffered from an injury that marked his season end.

West divorced his first wife, Kimberly Awad within one month of their marriage in 2009. Soon in 2010, he was in a relationship with Gloria James, who is the mother of LeBron James the Lakers player, but later they were not seen together. In 2013 he married Caressa Madden with whom he now has a child named Cash West. At the time of the birth of his first child, West also suffered from a financial crisis.

Throughout his career, Delonte West has suffered from financial instability. He made $14 million at the beginning of his career, but reportedly lost a lot of money in his divorce and other legal charges moreover he also helped his relatives who needed any aid. He worked temporarily to support his family. Recently he was reported to be homeless without any stable clothes, shoes, and panhandling. His net worth is reported to be not more than $1 thousand dollars.