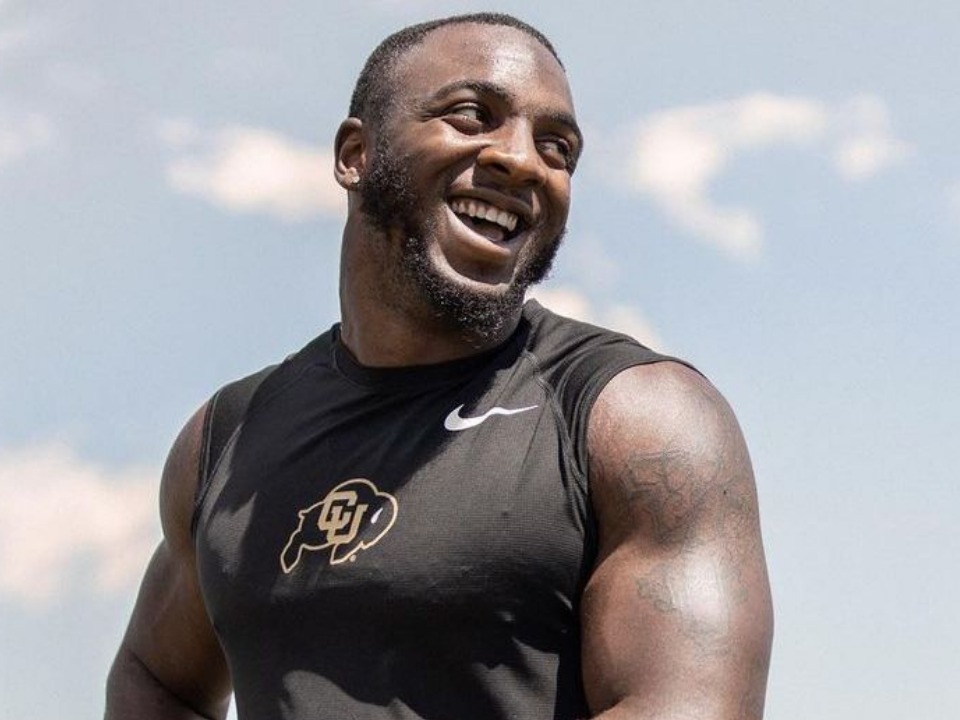 Davion Taylor is a rising American football linebacker for the Philadelphia Eagles team of the National Football League (NFL). He was drafted by team Eagles in the third round of the 2020 NFL Draft after playing college football at Colorado University. He is considered a seventh-ranked junior college prospect in the country.

Davion Taylor was born in McComb, Mississippi, the United States on 5th August 1998. His mother, Stephanie Taylor is a member of the Seventh-Day Adventist Church. No inputs regarding his father and siblings are provided. He studied at South Pike High School in Magnolia, Mississippi. Due to religious beliefs, he was not permitted to play sporting activities between Friday night and Sunday mornings and therefore he was not able to play high school football. However, he played basketball and also ran track in his high school career. Reportedly, it is known that he is studying Psychology at Colorado and pursuing a minor in Leadership Studies. He is a fitness freak and loves working out and hanging out with his friends.

Before attending the University of Colorado Boulder in Boulder, Colorado, Taylor studied at Coahoma Community College (CCC) in Mississippi. He is the winner of the Coahoma College Scholar-Athlete Award in 2017 and had a 3.6 GPA at CCC. He transmitted to Colorado in the year 2018 and started 10 of 12 games, recording 57 tackles, one sack, and one touchdown. As a senior, he started all 12 games, recording 72 tackles and one sack in 2019. He also ran track at Coahoma as well as at Colorado.

In the year 2020, in the third round of the 2020 National Football League, with the 103rd overall pick, Davion was drafted by the Philadelphia Eagles team. Recently, on December 9, 2020, he was placed on an injured reserve. During his senior season, he was named a game captain six times against Washington, USC, Utah, Arizona State, and UCLA. He was titled the No. 22 Outside Linebacker by Phil Steele’s College Football in the preseason nationally.

The talented player Davion is a very restricted person when it comes to his personal life. He likes to keep his dating life confidential from the public. Hence, no information regarding his relationship status is revealed by him yet. It is believed that the young guy is occupied in his football career and has no time for such lovey-dovey relationships. Looking at his captions and bio on his social media accounts, it is believed that he is very humble and has a divine personality. He also has a Twitter account with more than 8000 followers.

Davion Taylor made his debut in his best-loved sports football career in 2020 and earned huge fame and wealth in a short span of time. His source of income comes from being a linebacker for the Eagles. His net worth is not exactly known but is somewhere around $3 million. The skillful Taylor has gained quite a good amount of fans in a short period of time. He is very close to 30K followers on Instagram having a verified account with just a handful of his pictures posted. He usually uploads pictures captured during his matches. Davion receives lots of praise and likes for every picture that he posts on his social media accounts.