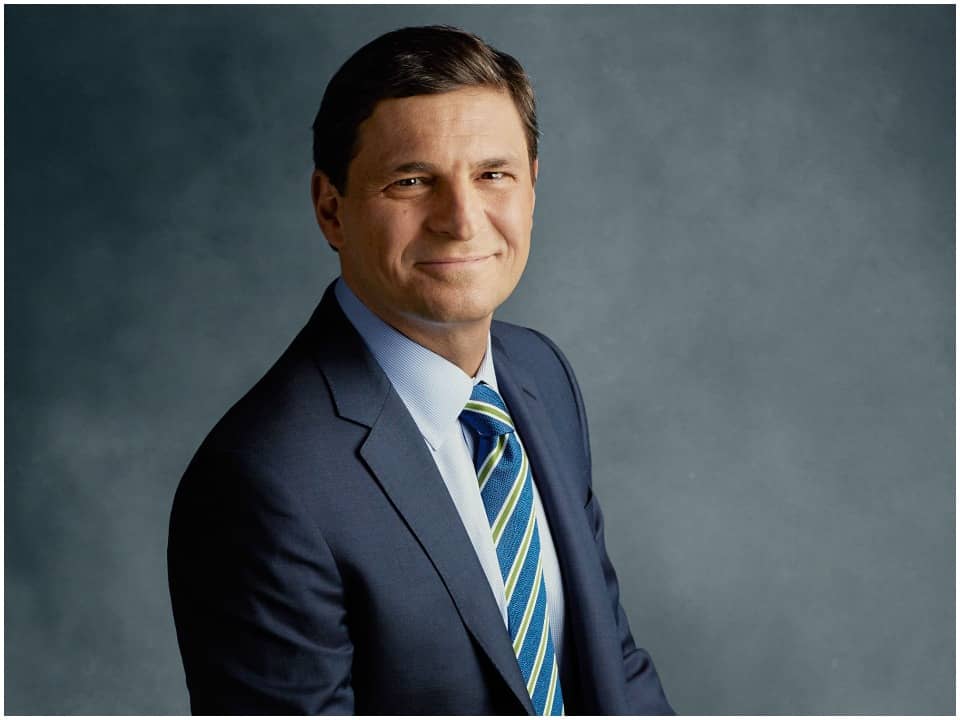 David Faber is an American Journalist and Author famously known for his work in the field of finance with the CNBC network. He is also well-known as the co-host of the show “Squawk on the street”. David is all set to entertain the audience as a guest host for the famous television show Jeopardy from next week.

David was born on 10th March 1964 in New York City, USA, and is currently 57 years old. Talking about his parents then Norman Faber is his father while Belle Faber is his mother. He was born in a Jewish family and was raised in Queens, New York but other than this, he has not shared much about his family and background. David has not shared much about his early education but is believed to be a high school graduate from a local school in New York. He pursued his college education from Tufts University and graduated in 1985 with a bachelor’s degree in English with Cum Laude.

David started his career by working at the Institutional Investor magazine where he spent seven years of his career working as a journalist and writer for the magazine. He left the job in 1993 and joined the CNBC network where he started working as a business journalist. David also started hosting the morning news show for the channel called the “Faber Report” where he would provide in-depth news analysis of the business topics and has covered significant topics like the Disney and 21st-century fox deal, Worldcom fraud, and many more. He also became one of the significant personalities for CNBC and started reporting numerous documentaries for the channel including ‘The age of Walmart”, “Wall street-money never sleeps”, and “the eBay effect” totaling up to 10 documentaries to date.

In 2002, he also released his first book titled “The Faber Report” which received a lot of praise and readership. Later, in 2009, he released his 2nd book titled “And The Roof Caved In” published by John Wiley. His last book was published in the year 2010 titled “House of Cards” which had a great reception and also won awards. He is currently working as the co-host and producer of CNBC channel’s morning show “Squawk on the Street” which started in 2005 and has since been running smoothly. He also started hosting the monthly show “Business Nation” in 2007 and is also currently a host for the same. Recently he was announced as a guest host on the American television game show “Jeopardy!” in August 2021.

David has been active on his Twitter account since 2010 and currently has 233k followers. He also has a Facebook page where he has a reach of around 770 people. Other than this, he is not available on any other social media platform like Instagram or Snapchat.

David is currently married to his wife Jenny Harris a famous financial journalist, tv host as well as and actress. Jenny comes from a well-known family background as both her parents are famous lawyers while her brother Jesse Harris is a famous musician. The two got married in January 2000 at the Rainbow Room in New York City and have been together ever since.

David has been working as a financial journalist and a market analyst for almost two decades and over the years, he has accumulated a lot of wealth. His estimated net worth as of 2021 is around $2million.

David Faber is America’s go-to financial journalist and analyst and a prominent personality in the field. He has built himself as a smart and energetic personality and does his work with all zeal. He is articulate to pen down his opinions and theories and is also a great host. We wish him luck for his new position as a guest host on Jeopardy and hope he can show much more of his dynamic personality in the future.