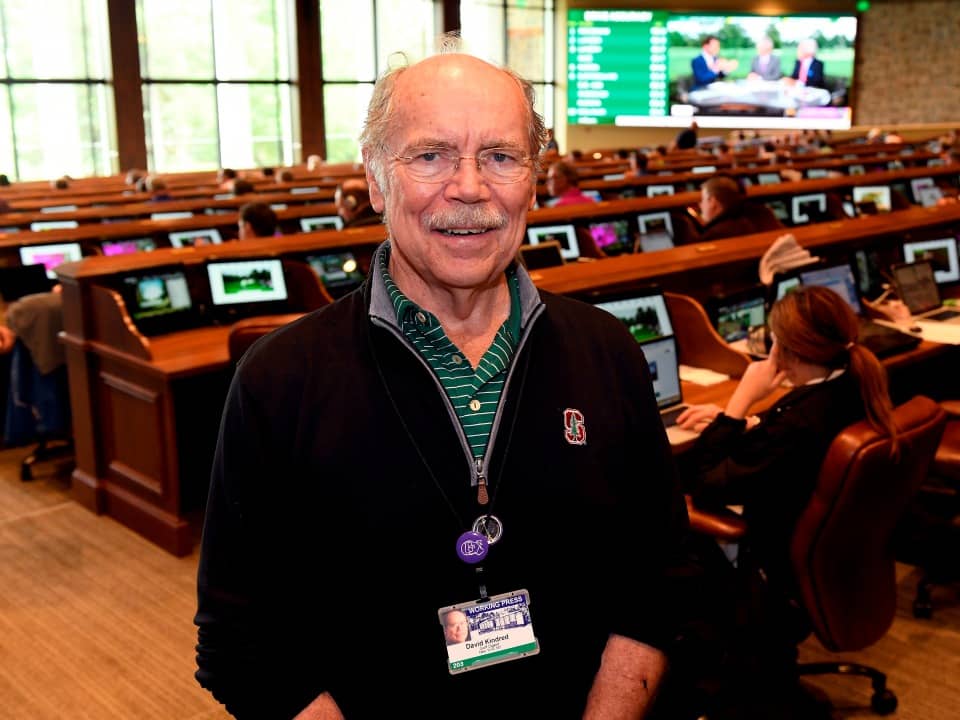 An American enthusiastic sports journalist, Dave Kindred is also an author of many famous books namely “Sounds and fury” and a recently published book named “Leave out of the Tragic parts”. He was also the recipient of the 2018 PEN/ESPN lifetime achievement award for his impressive sports writing.  After working as a sports editor for “Argus” and “Pantagraph” he became worldwide fame and a living legend in the field of sports journalism. He last worked for newspapers till 1997 at “Atlanta paper”.

He was born on 12th April 1941 in Atlanta, Illinois, USA. His father Jared was a carpenter whereas his mother’s name was Marie Kindred Cheek, and had a sister named Sandra. As a kid, Dave Kindred was very much fascinated by baseball, but he thought that he could not hit the fastball, and shifting from that love of baseball, he developed his interest in Sportswriting. He then developed his curiosity for writing, journalism, and for reporting.

Kindred completed his schooling at Atlanta High School where he was discouraged by one of his school teachers named Clarice Swinford. She was not in favor of his decision of becoming a Sportswriter but Dave was adamant about his decision of becoming a Sportswriter. He completed his graduation from Illinois Wesleyan University. While indulging in various sports activities in his university he got inspired towards sports and gradually developed his interest in sports writing.

Kindred got motivation towards his career as a sports writer at the age of 15, when his mother bought him a typewriter. After that to build his career, he started writing for his high school and college newspapers. In the initial years of his Sportswriting, he worked for Illinois Daily Pantagraph which he left in the year 1965 and then he worked as a columnist and a staff writer for Louisville Courier-Journal till 1977. From 1977 till 1984 he worked with Washington Post. Then from 1984 to 1989, he worked for Atlanta Journal-Constitution. After leaving Atlanta Journal-Constitution he worked for National sports daily till 1991. He then went back to Atlanta Paper in 1995 and worked there till 1997.

Since 1997, he has been contributing as a writer for Golf Digest. Till now he has covered more than 40 Kentucky Derbys, more than 40 World Series, around 40 Super bowls, and around 8 Olympics. He also remained a member of the National Sports Media Hall of fame. He also developed his interest in writing books and to date, he has written 10 books. In 1991 he got Red Smith Award at the age of 50 and he considered it as the best award of his life. Also, in 1997 he became National sportswriter of the year declared by the National Sportscasters and Sportswriters Association. He is also a recipient of the PGA Lifetime Achievement Award in Journalism in the year 2010.

He lives with his wife Cheryl and they met for the first time in the Atlanta High school and are parents of a Son. They have four grandchildren also. They live a happy life and share many happy moments together with the entire family.

As time passes his fame started increasing due to his mesmerizing contribution to Sportswriting. His net worth is not yet disclosed but it could be in Millions. His major source of income is from his profession of Sportswriting and writing for various newspapers and columns.