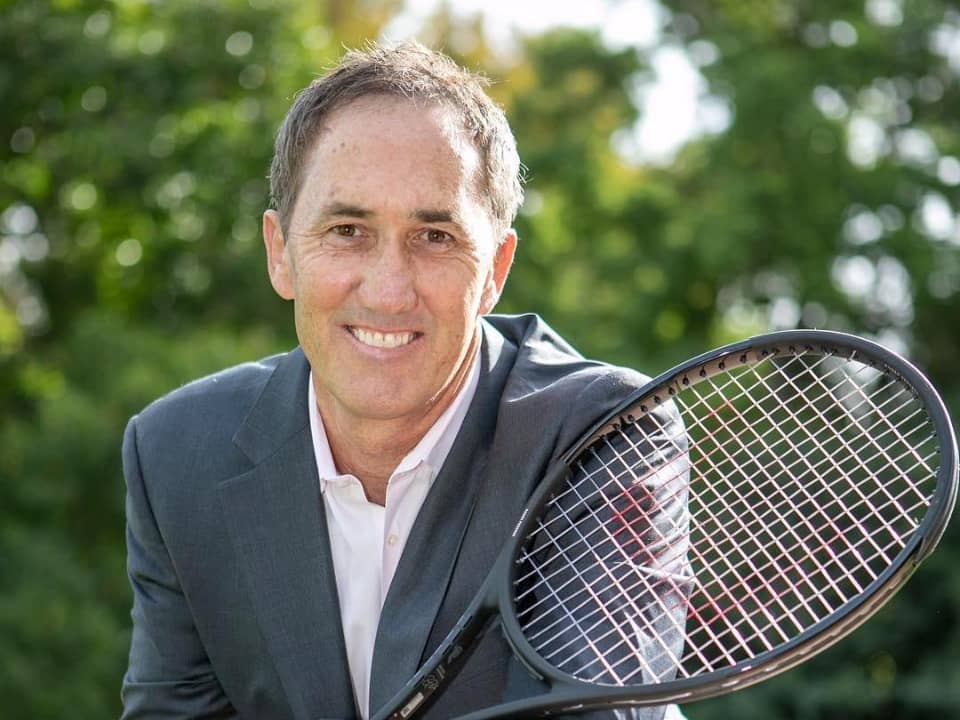 Darren Cahill is Australia based tennis player and a tennis coach as well. After enjoying success in professional tennis, he now works as a tennis analyst for Grand Slam events on ESPN networks. Apart from this, he used to have coach training with the Adidas player development program and ProTennisCoach.com.

Darren Cahill was born on 2nd October 1965 in Adelaide, Australia. His father John is a well-known personality who is a member of the AFL Hall of Fame and holds one of the most successful coaching records in Australia. He is not very much familiar with social media and tries to keep his life private from the public’s view. Cahill has maintained a great journey from being a tennis player to an excellent coach and now an expert analyst with ESPN. He has maintained a lot with global tennis organizations and is an engaging keynote speaker. Darren represents the rare blend of his life journey and real talent with his ability to communicate his experiences across the wide spectrum of media, audiences, and tennis sports.

In 1989, Cahill reached his career peak when he attained the doubles world ranking of number 10 and singles ranking of number 22 in the same year. Even after going through major injuries and operations, he managed to be at the position he attained. Darren had to go through chronic knee injuries and ten operations and finally retired from the professional tennis playing career in 1995.

He turned professional while playing tennis in 1984. He won the title of doubles at Melbourne Outdoor Tournament for the first time in 1985. In 1987, he won the singles title at New Haven. One of the best singles performances of Cahill was at the US Open in 1988 when he knocked out many others including Lawson Duncan, Marcelo Ingaramo, Boris Becker, Aron Krickstein, and Martin Laurendeau on his way to reach the semifinals. But in the end, he lost the championship to Mats Wilander.

After retiring from the tennis professional tour, Cahill became known for successful coaching. He started guiding players to win the battle of their sports. He guided Lleyton Hewitt and made him known for being the youngest player and attained the high-ranking of number 1 worldwide. After Hewitt, Cahill did coaching of Andre Agassi who under the guidance of Cahill became the oldest player to attain the title of world ranking number 1 in May 2003.

Soon after Agassi retired in 2006, Cahill joined the Adidas Player Development Program and started working for high-profile players. Some of those players included Andy Murray, Daniela Hantuchova, Simona Halep, Ana Ivanovic, and many more. In 2017 and 2018, he did successful coaching of Halep to let her attain the world number 1 ranking of WTA Tour and French Open championship of 2018. After the gap of one year, Cahill rejoined the coaching of Halep in 2020.

Darren Cahill got married to Victoria back in 2000. They together have two children, Benjamin (17) and Tahlia (14). Darren resides with his family in Adelaide, Australia. On the other hand, Darren Cahill is the ambassador of AFL club port Adelaide. Despite having a strong foot in the coaching career, he is also a supporter of the charitable organization named “Simona Halep Foundation”. He works as a coach at ProTennisCoach.com which is a professional coaching website and is open for access to the public. He is also involved with coaching at PlaySight Interactive where he supports the company to bring the tennis coaches and players together all across the globe.

Darren Cahill has been involved in many works along with his professional coaching career. He has been endorsed by many companies where he used to support coaching and tennis sports. He is estimated to earn around $1 – $5 million.