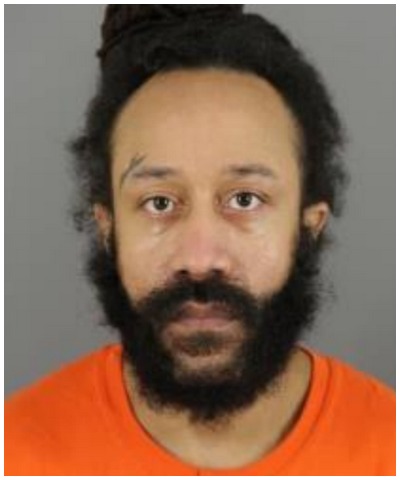 Darrell Brooks Jr. is the man who is taken into custody for having a connection with the Waukesha Christmas parade tragedy. He confirmed his name to the police authorities. The police have found a Ford Key on him. The police squads were present at the Milwaukee address that was used by Brooks after his name was mentioned on the police scanner. His name was found to be connected with the Waukesha parade incident in which at least 23 people (including many children) got injured. A red ford escape plowed through the crowd and it left many people injured who were later taken to the hospital. Darrell Brooks complained of shoulder pain after being taken into custody.

According to a document filed in Wisconsin court, he was born on 2nd February 1982 and currently lives in Milwaukee. As far as his occupation is concerned then he is a rapper who goes by the name “MathBoi” or “Fly”. Darrell calls himself a rapper and stoner. From his Twitter account, it has been confirmed that he is a raised rapper, songwriter, producer, and stoner.

He possesses a Twitter page that contributes to a tribute to other famous personalities like Kobe Bryant and Juice WRLD. To be clear, Brooks alleged connection with the Christmas parade has not been declared or is still unknown. There has been no release of the suspect in the case by the authorities. However, the police said in a late-night news conference that the police had a “person of interest”. The person has not been named yet or disclosed in front of the media.

On the other hand, many people believed that the suspect was held with the gun as gunfire echoes the parade route but the police official chief Dan Thompson said that he didn’t believe that the shots were fired from the SUV. He confirmed that an officer discharged his weapon to try to stop the suspect’s vehicle. Furthermore, he said that no person was injured by the gunfire. The authorities have further confirmed that there were 11 adults and 12 pediatric patients who were transported to at least six area hospitals. Their recent health status is not confirmed yet. It is not clear whether any of those personalities have died or not.

Darrell has posted $1,000 cash on bail on 19th November 2021. He possesses another open felony case in Milwaukee County, from 2020. At the time, he was accused of a second-degree recklessly endangering safety (where he had to use weapons for two counts) and possessed a firearm with felony charges. The case was filed in July 2020 but it is still pending in court. However, the Milwaukee County court is now considering the case with the major backlog. The hearing of the case was adjourned and Brooks made a demand for speedy trial but the court has tolled for time limits.

In February 2021, the judge lowered his bail to $500 and stated the reason why he could not have speedy trial demands. The court has further lowered the bail to $500. In June 2021, the court posted the reason that matters are scheduled for the Jury trial and parties are ready to proceed. But, due to court congestion, the court was unable to look for any trial with the jury at the time.