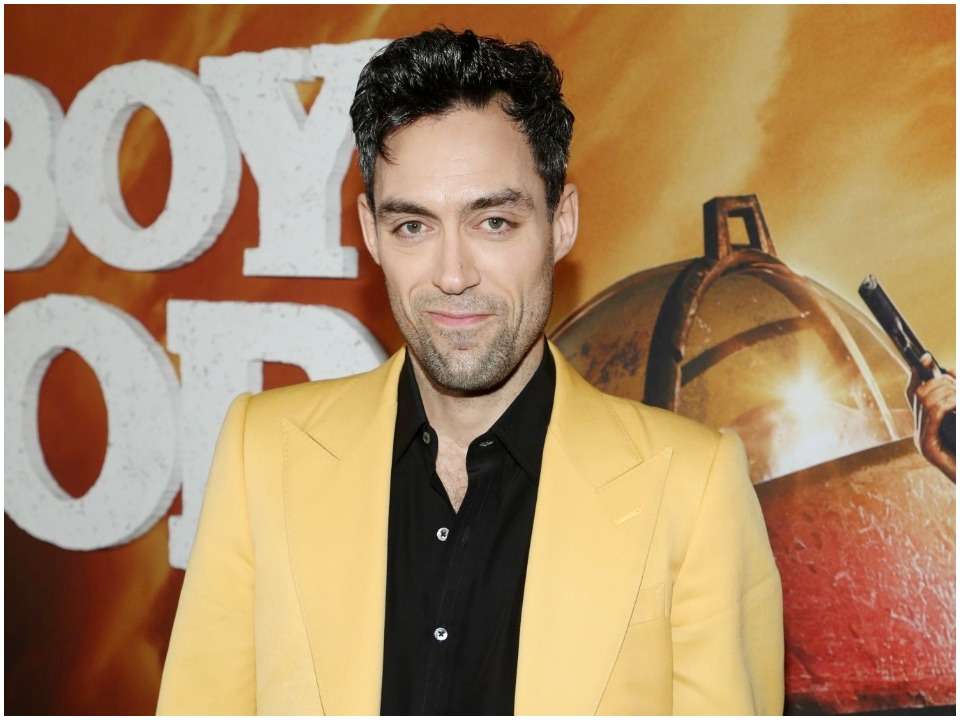 Alex Hassell is a British actor who has worked on a variety of projects. In the film The Boys, he plays Translucent. The Factory Theatre Company is co-founded by him. Recently he caught the attention of global media from his fierce and jaw-dropping performance in the role “Vicious” in Netflix’s live-action series Cowboy Bepop.

Alex Hassell was born on September 17, 1980, and reared in Southend-on-sea, Essex, England, United Kingdom, in a well-established Christian family. He has British nationality with the Christian faith. Mr. Hassell, a vicar by trade, and Mrs. Hassell, a housewife, are Alex’s parents. He has three siblings, none of whose identities are publicly available. He attended Moulsham High School in Chelmsford, Essex, England, for his early education. Following that, he enrolled in the University of London’s Royal Central School of Speech and Drama, where he completed his professional acting and theatre training. He has always been interested in performing and theatres since he was a child, and he has always wanted to pursue a career in the entertainment sector.

Alex Hassell had his first appearance on television in 2001, as Andreo Rey in the western action-adventure “Queen of Swords.” Alex rose to prominence in 2007 after starring opposite Liza Tarbuck and Mark Addy in the comedic drama “Bonkers”. He made a guest appearance in the romantic comedy-drama “Love Soup” episode “Green Widow” in 2008. Alex appeared in episodes of several programs over the next few years, including “The Bill,” “Legend of the Seeker,” and “Jo.” Alex’s also made an appearance in three episodes of “The Boys,” a critically acclaimed action comedy, which aired in 2019.

In 2001, Alex made his cinematic debut in the mystery crime drama “Hawkins,” which received mixed reviews. In 2003, he was cast in the historical adventure drama “Cold Mountain,” and he received critical acclaim for his performance. The film has won 20 honors, including an Oscar, and has been nominated for 101 more. Alex played Nick in the horror film “The Sickhouse” in 2008, which got mixed. Following that, he starred alongside Matt Damon and Julianne Moore in the 2017 crime comedy-drama “Suburbicon.” The 2019 historical thriller drama “The Red Sea Diving Resort,” written and directed by Gideon Raff, was one of Alex’s most recent film roles.

Alex is active on Instagram and Twitter when it comes to his social media presence. He has amassed a following of roughly 6K on Instagram, where he posts and promotes his upcoming films. He may be found on Twitter as @hassellalex and has received almost 2,000 roses. On Wikipedia, Alex is also mentioned.

Alex Hassell is private about his personal life, however, it is known that he is married to Emma King, a British actress best known for her role as Mary in the 2018 mystery crime thriller “The Vanishing.” They haven’t said how or when they met, although many assume they met on the set of “Two Down” in 2014 and married after a year of dating. Alex and Emma appear to have decided against having children in order to concentrate on their professions. He hasn’t spoken about his past relationships, although many assume he had a long-term romance with a non-celebrity woman. They were engaged and had planned a wedding, according to speculations, but they called it off for unclear reasons.

Alex’s acting career is his primary source of income. His net worth is reported to be somewhere between $1 and $1.5 million. His income, as well as his other assets, such as automobiles and houses, are being scrutinized. We can’t say for sure if he’s making more money through advertising, campaigns, deals, or investments. But there is no doubt that he is enjoying a lavish and comfortable life with all of his hard-earned money. In the coming future, these numbers will be increased drastically for sure because of his acting skills and recent addition to the Netflix banner.