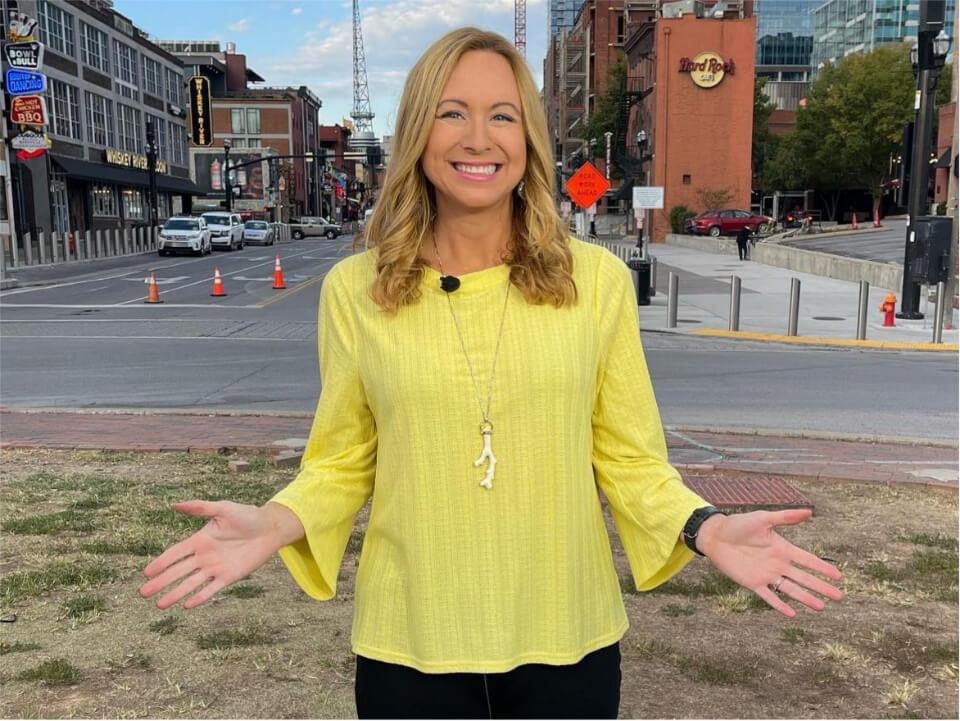 Danielle Breezy has had a passion for noticing the conditions related to weather conditions since childhood. She was brought up in places outside of Philadelphia and saw many storms, like blizzards, ice storms, and tornadoes. She was in eighth grade when one of the local tv meteorologists visited her school to talk about the weather. From that day, she aimed to become a meteorologist, so she started working for the same.

After completing her schooling, she pursued her dream of becoming a meteorologist and studied atmospheric science (Bachelor of Science- B.S) at Cornell University. After that, she journeyed to Nashville through other states and districts like Salisbury, Oklahoma City, Dallas, and Boston.

Danielle also received the certification of the CBM (Certified Broadcast Meteorologist) Seal. This is one of the highest certification seals in the field of meteorology. She also holds the Chair of the American Meteorological Society Board of Broadcast for 2022.

During that time, she managed the aired shows in Dallas and other places like Houston, Miami, Portland, and Philadelphia (her hometown). In the middle of this time, she became a freelance meteorologist and worked for Fox Television but could maintain the work only for three months. Her freelancing task was based in Greater Philadelphia Area.

During that time, she would have to report the weather condition for her hometown- Philadelphia, a job she enjoyed very well. From April 2013 to July 2016, she worked for Hearst Television as a meteorologist for WCVB, based in Greater Boston Area. After that, she joined News 2 as Chief Meteorologist and has been working there since July 2016.

In 2021, Danielle was honored by the American Meteorological Society for the life-saving task she performed while covering the Middle Tennessee tornado outbreak in March 2020. She was honored with the June Bacon-Bercey Award, which was explicitly given for her brilliant performance and Broadcast Meteorology. In 2020, she was honored as one of Nashville Business Journal’s 40 under 40.

Danielle Breezy is a happily married woman. She is married to Joe Breezy, who comes live on middays at Hot 106.7 and is also designated as the brand manager of the FM radio. Her husband is available on Instagram with the name @JoeBreezyRadio, where he describes himself as a “nationally syndicated radio host, program director, TV dude & professional vibe guy.”

Both partners seem deep in love, as evident from their pictures on Instagram. It appears that the couple went for an outing on the occasion of Christmas. Also, on 22nd December 2022, Danielle posted a video of her vacation in the Maldives while enjoying the water bodies and sunbath in a bikini.

She is available on Instagram by the name @daniellebraeezytv, where she describes herself as an entrepreneur, Chief Meteorologist, Cornell graduate, and a woman who is married to @JoeBreezyRadio, Aka Joe Breezy.