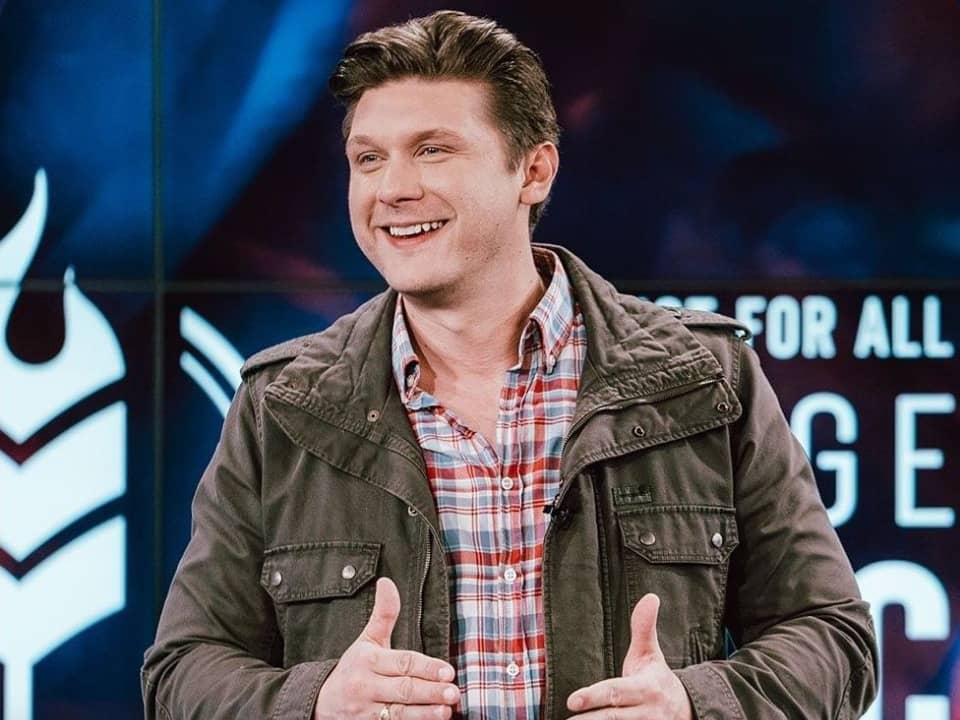 Evangelist Daniel Kolenda is a fifth-generation preacher who was called as a young boy to proclaim the Gospel to the world. After an incredible encounter with God’s power as a teenager, which created a great burden for the lost, his life was profoundly changed. Daniel is the president and CEO of Christ for All Nations, a ministry that has conducted some of the world’s largest evangelistic events. Daniel preaches a single-minded Gospel message accompanied by signs and wonders all across the world. As a consequence of Daniel’s determination to proclaim the Gospel, CfaN has recorded almost 17 million decisions for Christ!

Daniel graduated from the Brownsville Revival School of Ministry in Pensacola, Florida, then went on to South-eastern University in Lakeland. Even as a child, Daniel was fascinated by the gospel. He used to go from house to house, knocking on doors and preaching to whoever would listen. He was always side-by-side with his mentor and spiritual father, German Pentecostal Evangelist Reinhard Bonnke, during his early years. Together, they preached the Gospel all over the United States and the world.

Daniel accepted the gospel as a young believer when he was six years old, and began preaching as a young believer when he was fourteen years old. To date, the world-renowned preacher has led over 21 million people to accept the Gospel of Christ in large open-air evangelistic crusades. Daniel is a remarkable fifth-generation preacher whose ministry is defined by a great evangelistic anointing and astonishing miracles, preaching, teaching, and healing in the manner of Jesus. The blind see, the lame walk, the lepers are healed, and the deaf hears; he’s even seen the dead rise, but most importantly, the impoverished hear the gospel.

The ministry of Daniel Kolenda and Christ for All Nations is distinguished by its single-minded Gospel emphasis. Daniel has a tireless passion and dedication to the Church as a former successful pastor and church planter. Every evangelistic effort spends more than half of its budget on a “follow-up” strategy to ensure that every convert becomes a faith-filled, fearless follower of Christ and a member of a local church. Daniel has appeared in several television shows and documentaries, including “It’s Supernatural” in 2012. In 2014, he hosted “Praise The Lord” and appeared in an episode of “Marcus and Joni.” He has appeared in documentaries such as “Supernatural Encounters,” “Christ In You: The Movie,” “This is Living,” and “The Finger Of God 2.”

Daniel Kolenda is married to Rebekah Kolenda, with whom he shares five children: Elijah, Gloria, London, Lydia, and Benjamin Kolenda. They are now all based in Orlando, Florida.

Daniel’s net worth is unknown to the general public. His principal source of income comes from his work as a minister as well as various business activities. We believe Daniel has amassed a sizable net worth as a result of his multiple sources of income, but he likes to keep it hidden. We will keep you updated once we track the information.