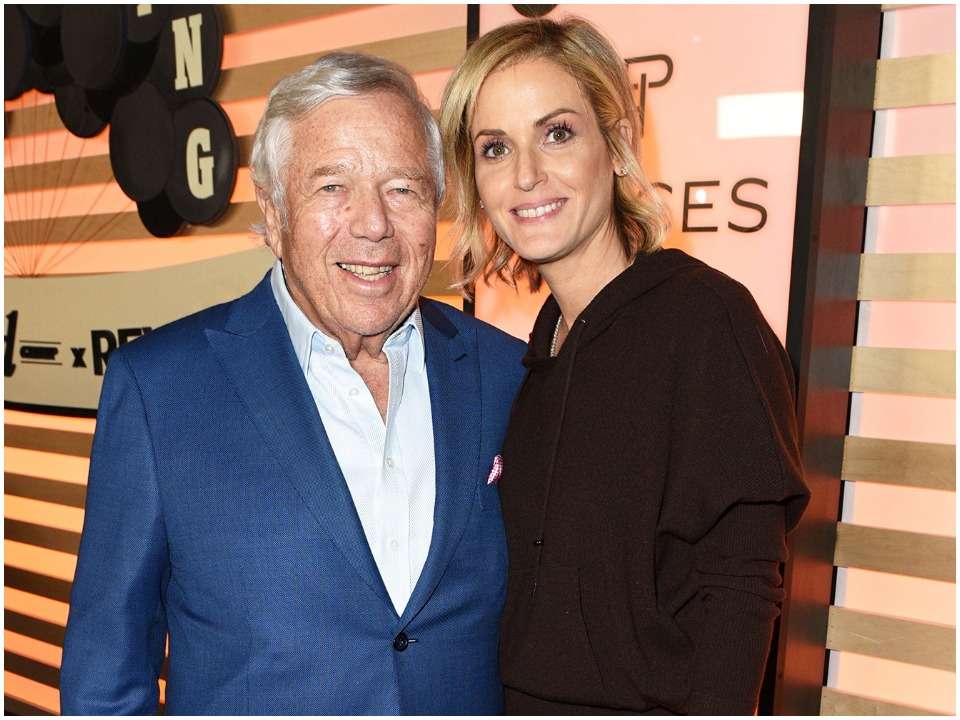 Dr. Dana Blumberg is a rumored fiance of the famous high-profile business owner Robert Kraft. Robert Kraft is the known acumen who has achieved a diversified portfolio of being a businessman. The pair is rumored to be known to each other since 2019 and have now engaged together revealing their engagement in the public. Those who don’t know about Robert Kraft, let us tell you that he is said to be America’s one of the most influential and billionaire personalities.

Dana was born in 1974, which makes her 47 years old and exactly 33 years younger than her rumored fiance Robert Kraft, who is currently living in his 80s. She is now working as an associate professor of ophthalmology at Presbyterian Hospital, Columbia. Nothing much is known about the renowned doctor in New York, Dana Blumberg. However, she certainly obtained her medical education back in May 2000.

Dana Blumberg is a doctor by profession. She has earned specialty in eye treatment including Cataract Surgery, Diabetic Eye Disease/Retinopathy, and Glaucoma. She went to the Saint Louis University School of Medicine, where she received her primary and secondary education and later worked on her first residency in ophthalmology at University Hospital Cleveland. Besides holding a degree in the specialty of eye treatment, Dana Blumberg was nominated as one of the Top Doctors in the New York Metro Area’s digital guide in the respective years of 2019, 2020, 2021, and 2022. She has also been featured as the top doctor by the New York Magazine back in 2021.

Dana and Robert Kraft have known each other since the start of the year 2019, and have been sharing their dinners and lunches for many days. According to Page Six, the legendary fashion designer, Tommy Hilfiger announced the news of the engagement of the pair in front of the public. He confirmed that the couple met and exchanged the rituals of their engagement ceremony at the inaugural amfAR Gala Palm Beach event, where Robert Kraft primarily gave a thick and bold ring to his lady.

Before being involved with the renowned doctor of New York, Robert Kraft was married to the only lady of his life named Myra Hiatt. Robert Kraft and Myra Hiatt together shared the marriage of 50 years until Myra Hiatt passed away in 2011. His first wife Myra Hiatt was an American philanthropist, who was suffering from ovarian cancer. Robert has produced four sons with his first wife, who have been adults by now and have individually become parents. Even once in the memory of Myra Hiatt, all Patriots players wore the patch of the initials of Robert’s first wife “MHK” on their uniforms giving tribute to the lady back in the 2011-12 season.

Recently, Robert Kraft is in the news because of his engagement with the honored lady doctor of New York, Dana Blumberg. The couple has been receiving lots of attention as the age gap between the pair is nearly 33 years. It has been stated that Dr. Blumberg was spotted wearing a “giant rock ring” on her finger that looked like a 10-carat or more.

It is for sure that Dana Blumberg might be earning a moderate lifestyle because of her career in eye treatment, but, now she has now automatically become the half-owner of all the assets of the billionaire Robert Kraft. Although her exact net worth has not been revealed for the moment, we assume her net worth is nearly $1 million. On the other hand, Robert Kraft’s estimated net worth is nearly $8 billion. He is said to be the owner of the sports teams named New England Patriots, and New England Revolution. Also, Robert Kraft is a well-known personality of America who has recently been speculated as he got engaged with a 33 years old young doctor.