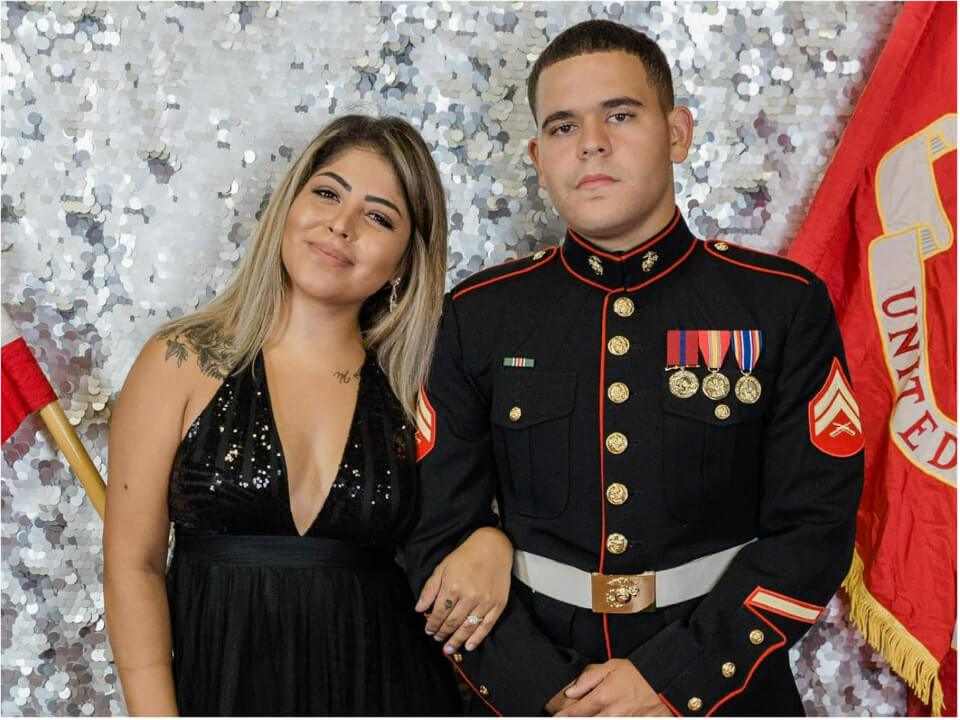 Dana Alotaibi was a model associated with OnlyFans and was also popular on Instagram and TikTok as an influencer. She was stabbed [to death multiple times] on 20th July by her husband, as said by the police officials. Her husband’s name is Bryant Tejeda-Castillo, who is a marine by profession and has been accused of killing his wife. On social media, Dana posted lots of viral videos accusing her husband of domestic violence and abuse on YouTube, and Facebook. Bryant Tejeda-Castillo is 29, married to Dana Alotaibi, who was 27. A police conference was held for the murder case on 21st July 2022.

Dana Alotaibi was born on 28th May 1995 but was living in the USA for her social media content. She owned a popular YouTube Channel. She posted her sexually suggested music video, where she gathered around 1.2 million views. In that video, she encountered the ordinary public and said that she is a Saudi personality.

What is the whole story?

Dana accused her husband in the majority of her YouTube videos and said that her husband does not help her or support her while making videos, instead, he abuses her for the same. In one of her videos in January 2022, Dana recorded a video and posted a YouTube caption, “MILITARY SPOUSE – HAWAII HELP *READ DESCRIPTION.*” In the video, she cried and called the National Suicide Prevention Hotline and informed them, “It’s haunting me, like, all the incidents that he’s hit me and done horrible things to me,” ……….And I’m thinking like, what can I do, why is he so untouchable?”

In the description of her video, she detailed the things about her life with her abusive husband and her abusive relationship with him: She explained that her husband recently got deployed to Japan. On his third day in Japan, he had a prescription for tinder and paid $124 for the prescription. During the moment, Dana tried confronting her husband and asked about his intentions.

When she discovered that he was available on tinder, this made her lose her heart. She also listed in her description that she asked her husband to arrange tickets for her as she wanted to go and see her mother and he said “no”. She informed the public that her husband had enough money to date other women and meet them in Japan but he could not arrange a ticket for her because she wanted to go and see her mother. But, she [herself] was desperate about going to her mother’s house, so she anyways booked a ticket for herself.

On the other hand, her mother, Natalia Cespedes, told the television that her daughter often used to send her pictures and videos or even messages talking about her husband’s abuse. The mother believed that Dana would be alive if the military would have listened to her after making repetitive allegations about her husband and asking for help from them. The mother informed the television that her daughter did get a no-contact order from the military.

According to the police officials, the pair was arguing before the husband stabbed the wife multiple times. The authority has told the television that the police would be reviewing the documented and undocumented domestic violence incidents. The Marines told the television that they were confirmed about the suspect’s command and how the pair were engaged with each other and how the victim was responsive or making the commands. But “due to the ongoing nature of criminal investigations, it would be inappropriate to comment further on this topic”.

After he came to know that she had used her money, he cut her name from her financial accounts under the navy federal. She had also explained the details like her husband often used to threaten her and said he would kill her to death and asked her to return his money. He would often say that he would give the address of her mother’s house to other people and would ask them to kill all his family members. And she too had the video recording of that proof.

She explained to the public in her description that she often had suicidal thoughts in the past and seriously want to go back to her mother’s house but she is scared due to the death threats given by her husband. In her video description, she asked for the public’s help and said that she has been hopeless now and needs to have advice or guidance to escalate the situations happening with her. She said that she cannot go home because of the death threats from her husband and also she cannot stay here because she was literally dying while living with her husband.