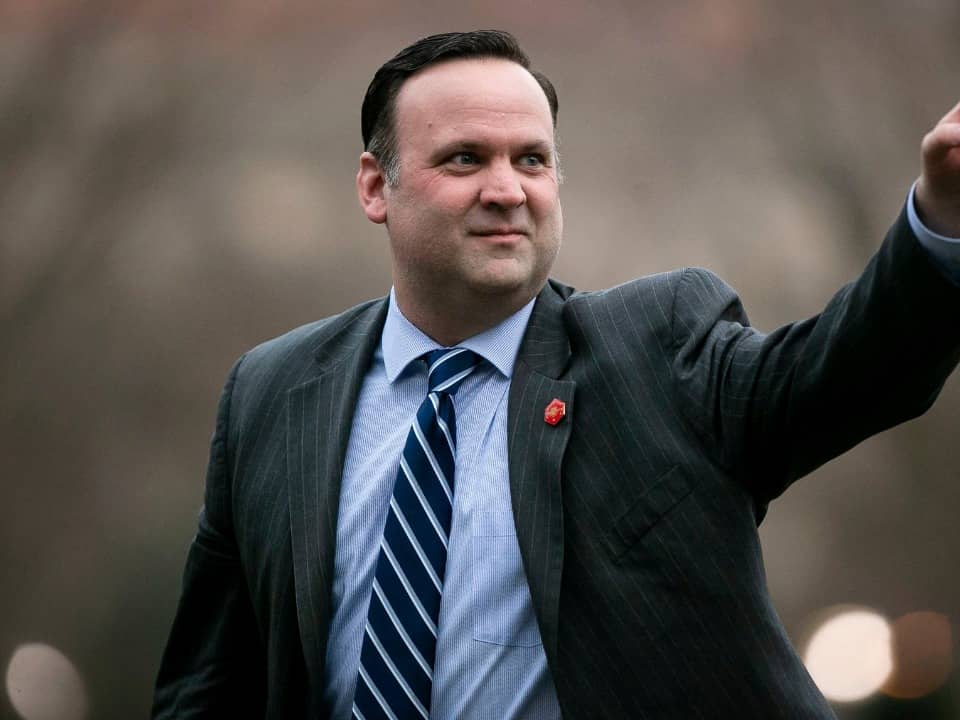 Dan Scavino Jr is an American political advisor famously known to have worked for the Trump administration as the White House deputy chief of staff. He has also previously worked as the director of Social media for Trump’s campaign.

Dan was born on 15th January 1976 in New York, the USA to his parents of Italian descent. He has not shared the names of his parents but is known to be Christian. He grew up in New York with his family and is not known to have any siblings. Dan has not shared about his early education but is believed to have completed his high school graduation from York town high school in New York. He later went on to pursue his college education from the State University of New York at Plattsburgh. He graduated in 1998 with a BA in communications degree.

Dan started his career working at Coca-cola as a manager. He worked there a few years until he left to work at Galderma. Dan later became the General manager of Trump National Golf Club Westchester where he worked for a while. He got involved in politics in 2015 when he joined Donald Trump’s presidential campaign as a social media director. Dan was then named the Director of Social media at White House the same year. Recently in 2020, he was named as the White House deputy chief of Staff for Communications in April and took over Bill Shine who previously held the position. He was in office till January 2021.

Dan posted an image of Hillary Clinton in 2016 during the Trump campaign along with a “star of David” sticker stating that she was the most corrupt candidate which later had to be taken down. The Trump team later clarified and defended it saying that it was a sheriff’s badge.

Later, in 2017 he was also accused of violating the Hatch Act of 1939 for engaging in electoral activities being an executive brand member by Richard Painter. He had posted a tweet from his personal account calling out the other defeating candidate Justin Amash. He was warned by the US office of a special counsel. It was later found that he frequently tweets from Trump’s account in a specific time period.

Dan is currently single and a divorcee. He had married his ex-wife Jennifer Scavino in 2000 but hot divorced in the year 2018. The couple had two children together whose names have not been shared.  Other than this, he has not shared much about his personal life and likes to keep it private.

Dan has been working in the political administration and advisory field for several years and has earned a lot of wealth. He has majorly sourced his income from his positions at the White House. His net worth as of 2021 is estimated to be around $2million.