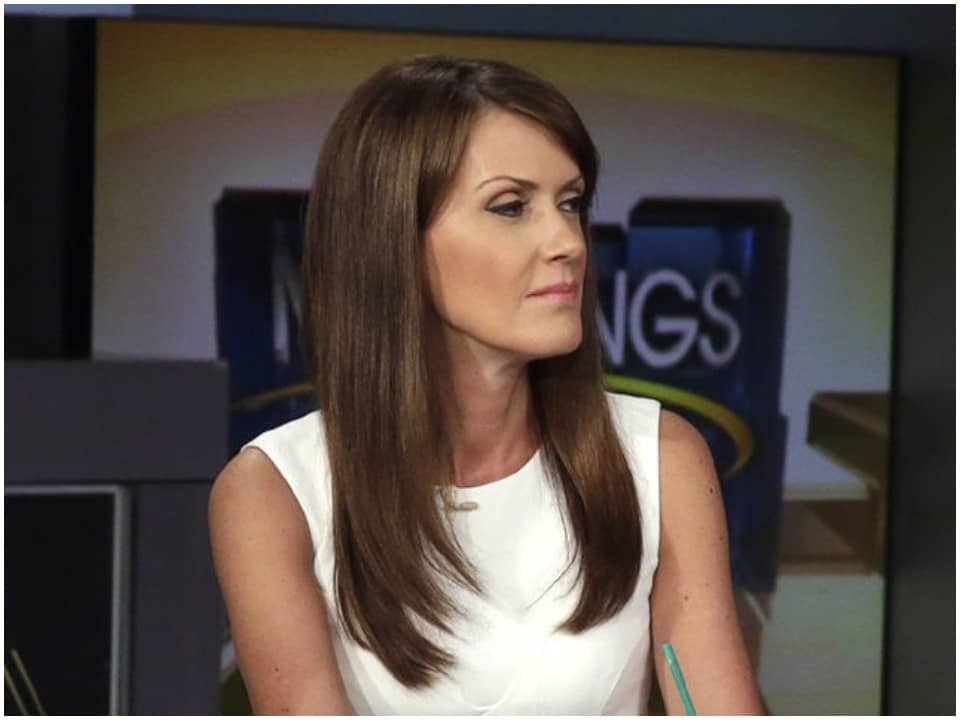 An American anchor and analyst, Dagen McDowell is known to be an ambitious, strong, and independent woman. At present, she is associated with Fox Business Network. she also works as a business correspondent for the Fox News channel. She a multitasking lady serving as a Business news anchor, Tv personality, and accountant.

Mary Dagen McDowell popularly known as Dagen was born on 7th January 1969 in Brookneal, Campbell County, Virginia, United States. She belongs to a family of Irish descent. not much is known about her parents, but somehow it is known that they attended the University of Virginia. McDowell shared her childhood with her brother, who still lives in Virginia. As a teenager, she had an affinity for cars. She drove ‘Ford Bronco’ and at the age of 16 took a driving test in a ‘Ford F150’. She loved ‘NASCAR’ racing. The information about her primary and secondary education is unavailable. For her further studies, she attended Wake Forest University and graduated with a degree in Art History.

Before venturing into a Journalism career, McDowell worked at a dressing room as an attendant. She served as a salesgirl and sold beer at a golf course. At the Institutional Investor’s Newsletter Division, she started her career as a Financial Journalist. She later worked for the Magazine called ‘Smart-Money’, which was published by a ‘Wall Street journal’. The magazine delts with personal business. She is committed to the ‘Fox News channel’ as a business correspondent since 2003. As well as, she is a regular guest at the talk show called ‘Your World with Neil Cavuto’. The show is all about stock market movement and the political and other factors that may affect stock prices.

In the year 2007, she began her anchoring career and started as an anchor on the show ‘Markets Now’, where Dagen gets aired from 11 pm to 12 pm. Later she was seen on a business analysis program, ‘Cashin’ In’ as a weekly panelist. She also appeared in the daytime news and talk show ‘Outnumbered’ as a semi-panelist as well as on the American talk show ‘The Five’. In 2016, she replaced the position of Brenda Buttner as a host on the business analysis program ‘Bulls and Bears’.

Dagen McDowell tied knots with the love of her life Jonas Max Ferris, who is an investment advisor and also works for ‘Fox News’ as an economic analyst. They first met on the show, where they have to counter each other on an argument on a show about mutual funds. The couple took vows in 2005 and do not have any children. They adopted a pet Chihuahua and named it Ramon. Prior to Jonas, she was married to someone, whose identity is still hidden from the public. Later, as their marriage didn’t work out, they parted ways and filed a divorce.

Gorgeous media personality Dagen enjoys being social. She has a huge fan base. On her Instagram account @dagenmcdowell, she has around 65.1k followers. While on her Twitter account, she has earned around 190.3k followers under the username @dagenmcdowell.

McDowell initiated her career in 1996 and since then, she has been able to accumulate a fortune for herself. Her estimated net worth is around $4 million while her annual salary is under review. Presently, she is leading a happy life with her family and is grateful for her destined life.