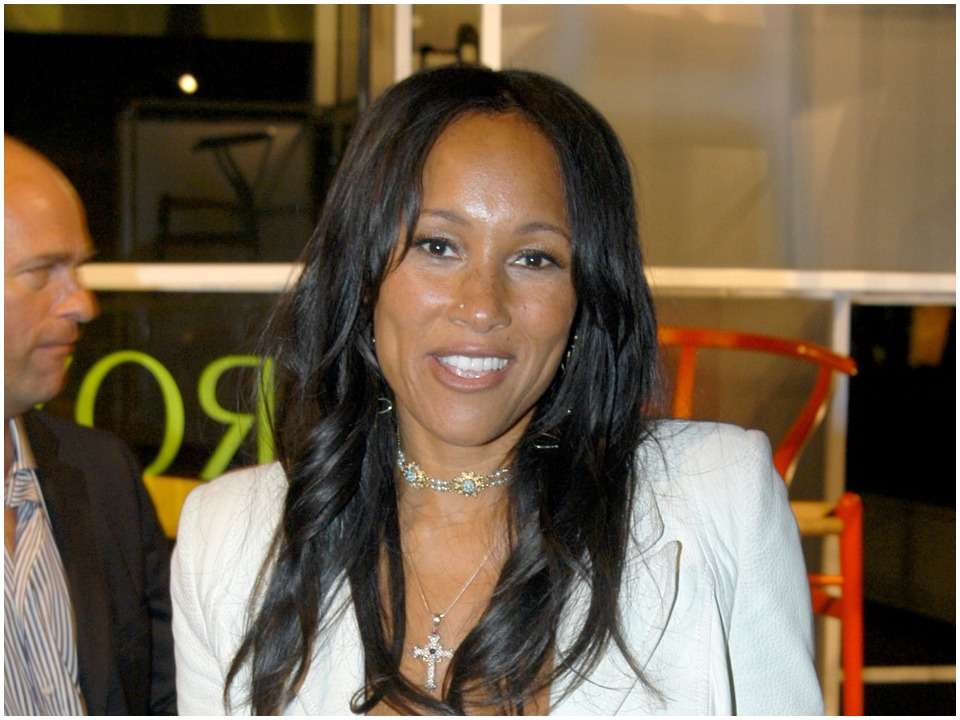 Cynthia Garrett is a popular American television show host, executive producer, philanthropist, and author. She began her career on television in 1996, when she first appeared on VH1. She hosted a show called VH1’s women first, which quickly led her to fame. After that, she hosted NBC’s Later with Cynthia Garrett,  a show that made her a huge star. She became the first woman of color to have hosted a late-night show in any network. In June of 2015, she began her weekly television program, The Sessions with Cynthia Garrett on Trinity Broadcasting Network (TNB), where she served as both host and an executive producer.

She has also created Cynthia Garrett Ministries in 2013, which has been telecasting Christ faith-based content since 2015. Some of her other hosted shows from the 2000s include Sony’s Life and Style, the 700 clubs, Jerry Lewis MDA labor day telethon, and CW’s Crowned: The Mother of All Pageants. She has also written books including, I choose victory: Moving from Victim to Victor in 2020, and Prodigal Daughter: A Journey Home to Identity in 2016.

Cynthia Garrett was born on February 16, 1964, and raised in San Francisco, California. Her parents are Bernard Garrett Sr. And Linda Garrett, and she has five siblings named, Steven, Christopher, Sheila,  Britton, and D’Antonio. All of her family hailed from California. Cynthia attended the Loyola Marymount University in Los Angeles California. Where she graduated in 1985 with a Bachelor of Arts degree in Business Administration and Management.

She then attended the San Francisco State University, California to receive another bachelor of arts degree in Broadcast Journalism and theatre. She graduated from there in 1987 and later in August 1988, she graduated from the University of Oxford, Magdalen College with a degree in International Comparative Law. In 1990, she got her J.D degree from the prestigious college of USC Gould School of Law in LA, California.

She began her journey in the television industry on VH1 in January 1996, she hosted the show Women First, which displayed noteworthy women of the music industry. The same year she became a member of the screen actor guild America federation of television and radio artists. Which was a labor union that represented the people in the music, media, and film industry. She worked for Vh1 for 4 years. In 1991, she became a host for a show called Later with Cynthia Garrett on NBC Channel. She also co-hosted a TV special Home Team with Terry Bradshaw. In May 2000, Cynthia made a guest host appearance on ABC Channel‘s Live with Regis Philbin, and HBO’s primetime show, The buss. She hosted several other popular TV shows in the decade of 2000s.

In 2013, Cynthia created her faith-based non-profit organization called Cynthia Garrett Ministries. Where she developed faith-based entertainment and empowering content in contemporary ways. The show primarily focused on issues related to dockets, women’s politics, and media. In June 2015, she started hosting another show, in which she became an executive producer as well. The show is called The Sessions with Cynthia Garrett on Channel TNB. The show revolved around topics like parenting issues, love life, marriage, political issues, and other social issues from the point of view of faith and spirituality. Cynthia once stated that this show isn’t a regular talk show but a walk show.

Cynthia is also the president and co-owner of HS Holdings LLC  since June 2010. In April 2018, Cynthia became the senior vice president of Original Content Development & Strategy Partnerships at Orl International, which is a faith and family organization. It is headquartered at Pinewood Studios, Atlanta. On 29th December 2021, Cynthia made the headlines for bravely standing against the racist policies of a Minnesota school. Cynthia who also works as an educational activist ripped the school in media for providing extra pay to non-white teachers who mentored other minority caste teachers. She identified this as a retention strategy.

She is married to Roger Charles, a Bible scholar, and has made several guest appearances on her show explaining the teaching of Christ. She also has a son named Christian Garrett, from her previous marriage. He is an aspiring basketball player and has joined the University of Kansas basketball team in 2011. Cynthia was previously married to an unknown man, she has not revealed his identity yet. However, in her book Prodigal Daughter she shared the story of her marriage at a young age and her struggles in it. she mentioned in the book, how her faith helped her through that.

The estimated net worth of Cynthia Garrett is around 3-4 million dollars. Her primary source is her numerous talk shows, which she hosts and produces and her guest appearances on other shows, and her published books.