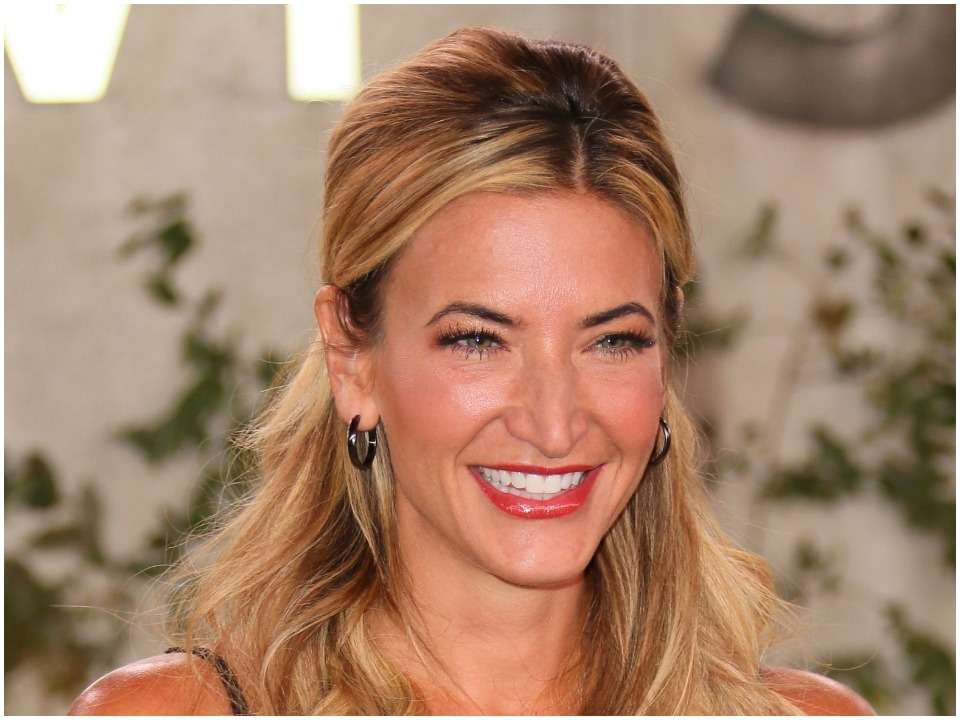 Cynthia Frelund is an American sports personality who is currently working as a television host for NFL shows. She is one of those young personalities being there in the industry and who has clear agenda to showcase the sports details in a very great manner that further helps people to bring closer to the sports. Her voice is being loved by many and the way she hosts the shows is outstanding.

Cynthia Frelund was born on 24th August 1979 into a family of Maryanne and MacGyver. She often posts her pictures along with her parents separately on mother’s and father’s day. In 2001, she earned her degree from Okemos High School. After attaining high school, she went to Boston College and done her graduation in 2005 with a degree in Bachelor of Science (B.S.) in Biology. Thereafter, she went to Northwestern University and attained her further education with a degree of Masters of Science in Predictive Analytics. After that, she attained her master’s degree in Business Administration (MBA) from the Kellogg School of Management at Northwestern University.

Cynthia began her career in 2005 when she earned a position as an analyst in Fusion Finance. Shortly after, she was promoted to another position of Senior Analyst. Later, she started working in the finance department of the NFL-National Football League in 2008. From 2010 to 2012, she started working as a business development manager for Disney ABC Television Group. After being there, she joined another company i.e. ESPN and started working as Associate Director.

In 2015, she was promoted to become the network’s sports center’s predictive analytics analyst. In August 2016, she left ESPN and join the NFL where she started with the position of Predictive Analytics Expert. Currently, she is working at NFL Network. She was appointed at NFL Network in 2016 and over time, she has been able to break down the complexity of the sports data and analyze the same in the way or put it forward in front of the audience so that they can acknowledge themselves with great joy.

Cynthia Frelund is one of the youngest and bold personalities ever been present in the field of sports reporting. She has maintained her sideline reporting with a huge fan following. She has got a wonderful voice and cute face that has attracted a handsome and young generation of male fans following. And to date, she is not married. The beautiful journalist is not married yet and as far as we know, she has not revealed anything related to her love life. The lady doesn’t post anything related to her details neither she discloses anything about her recent boyfriend. She is significantly active on social media and is busy in her world with lots of friends and journalism family.

According to Paysa.com, the annual salary of a reporter ranges from $66,000 to $83,000. So, Cynthia Frelund who is working as a host of NFL games is assumed to earn a salary of the same range. She has been working as a sports analyst for over a decade and has been earning a handsome amount for years. Cynthia’s net worth is estimated to be around $1 million to $3 million though she has not revealed the details in media. So, her net worth is still under review.