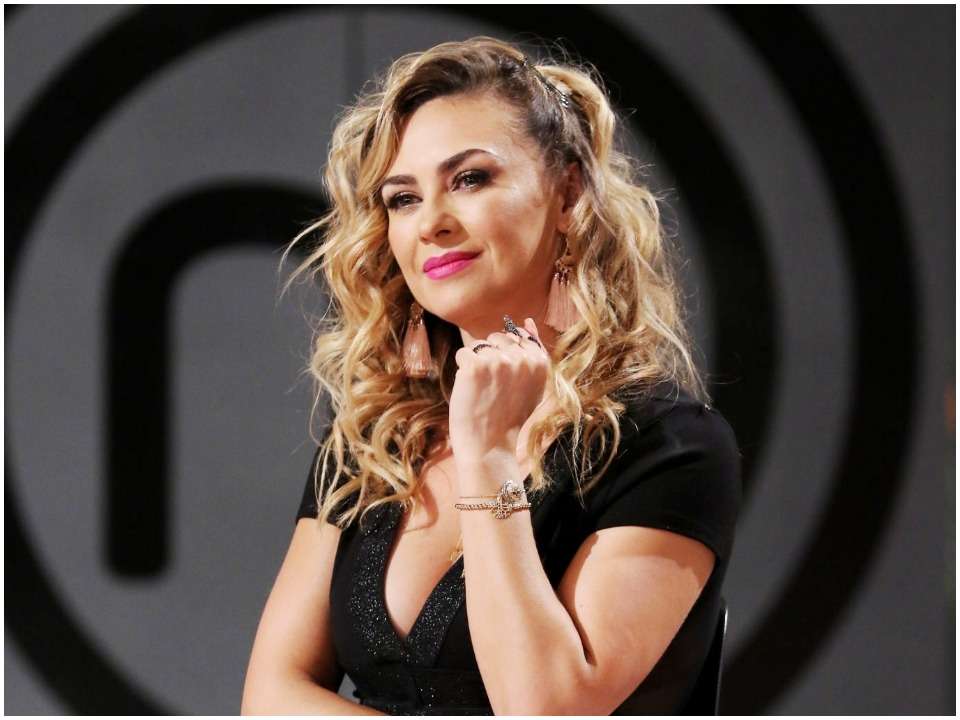 Aracely Arámbula Jacques is a Mexico-based professional actress, television personality, entrepreneur, model, and singer. She gained huge fan followings mostly as a lead singer in Mexican soap operas and she knows exactly how to please her fans on social media as well.

Aracely Arámbula was born on 6th March 1975 in Chihuahua City, Mexico. She belongs of Mexico descent. At the tender age of 13 when still was a high school student, she began her road to fame while being participating in beauty pageants. In 1996, she won the honor of “El rostro de El Heraldo de México” which further helped her to get launched in the television industry and later became the ladder to her success in her career life.

Aracely started her career while participating in small roles in the television show named “telenovelas Prisionera de Amor” which was released in 1994 and later in y Canción de Amor that was released in 1996. During her third year of studies, she got the chance to act in telenovela Cañaveral de Pasiones. After a year in 1997, Aracely was cats with the role of a younger version of Veronica Castro’s character in Pueblo Chico, Infierno Grande.

Thereafter, she acted in telenovelas El alma no tiene color and Rencor apasionado. Later, she got herself starring in the teen telenovela Soñadoras that was released in 1998, and then she participated in Alma Rebelde. After 2000, Aracely continued to get her success with some of the regular roles in the series like Las vías del Amor (2002) where she got the chance to sing the theme song. Besides music and television, she got the chance to prove herself on the stage where she acted in some of the listed series like Hermanos de Sangre, Coqueluche, and Muchachos de Nueva York

In 2008, Aracely took a break from her acting career but she took over the time to act as hostess of the program “Todo Bebé”. In 2009, she returned to television that made her act in the sets of the umpteenth version of “Corazón Salvaje” where she acted in the double role. She made her debut with the protagonist role of the play “Perfume de Gardênia” which is considered the rival show of “Aventurera” in 2010.

In 2013, Aracely returned to telenovelas with La Patrona where she was credited with the leading role alongside Christian Bach and Jorge Luis Pila. In addition to this, she sang in two songs for the same telenovela. After attaining success in the play La Patrona, Telemundo (who produced La Patrona) chose her to act in the lead role in the classic novel named Victor Hugo, Les Misérables which was later produced in 2014.

Aracely Arambula is estimated to have a net worth of around $11 million. Her exact salary is not known. But one thing is confirmed that she can earn a lavish lifestyle for herself and her two kids as she is often seen in commercials and films. This figure includes her endorsements and contracts with productions.