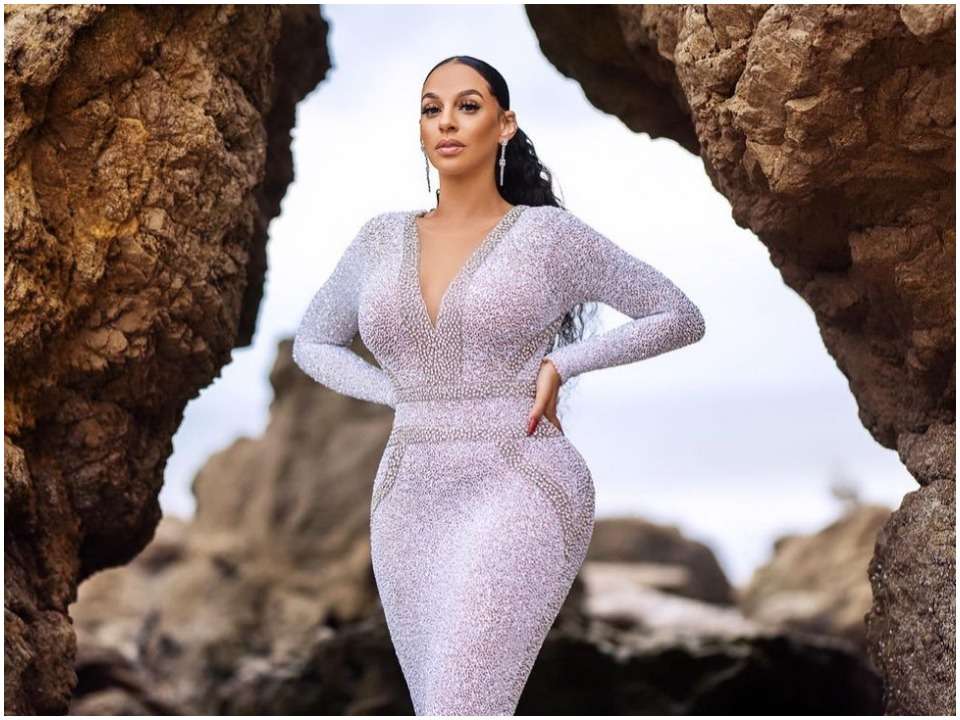 Crystal Renay is an American personality who is famously known for her television appearances. Despite this, she is an entrepreneur, former model, and author. She is best known for her appearance in the reality TV show called The Platinum Life. Before making her presence on the show The Platinum Life, she came to BET channel’s reality show called About the Business. Renay got her widespread limelight after she married the famous singer and songwriter, Ne-Yo. The wedding made a big hit on social media and made the stars become internet sensations. This also let Renay develop her career in culinary shows. She is often seen aspiring people on her culinary show through her YouTube channel called Crystal’s Creations.

Crystal Renay was born on 18th September 1986, making her around 36 years old as of 2022. She belongs to mixed ethnicity, stately American, Italian, African and Spanish descent. She was brought up by her grandmother in Fort Myers, Florida, where she started working from a young age to support herself. Crystal worked in the medical field and thereafter she tried her hands at modeling. To support her modeling career, she went to relocate and settled in Los Angeles in 2011, where she started getting various modeling offers.

In 2016, Renay got a chance to work on the reality TV show called About the Business. She worked in the reality show alongside other actresses Eva Marcille, the marketing manager Danielle Crawley, celebrity stylist EJ King, and the talent manager Sparkle Holmes. After a year in 2017, she got another chance to show her appearance on television with the reality show called The Platinum Life, where 7 women were highlighted including Renay as well.

The following year, she appeared in the most-watched talk show called The Real, where she was seen alongside the singer and songwriter Ne-Yo and his girlfriend (now-ex) Monyetta Shaw. Renay gained tremendous popularity in August 2015 when she was rumored to be dating the famous singer Shaffer Chimere Smith, better known by his stage name Ne-Yo. That same year, Renay revealed that she would publish a book depicting her relationship with the famous star Ne-Yo.

Crystal Renay met Ne-Yo in 2015 after which she started getting leads in the entertainment industry and modeling. Crystal was given a chance to work for him as a model on one of his albums. Soon, their business relationship turned into a real-life hookup. Later in September 2015, Ne-Yo announced that he is engaged to the model Crystal Renay. In regards to the speculations, Renay said that Ne-Yo proposed to her while popping the questions in a hotel room. Not only this, Ne-Yo brought Crystal with a million-dollar lavish mansion in Los Angeles. Later, the couple exchanged the rituals of marriage on 20th February 2016 in Rancho Palos Verdes, California.

Soon, the couple welcomed their first child- a son, who was given the name Shaffer Chimere Smith. Shaffer was born on 15th March 2016. Later on 14th June 2018, the couple delivered their second son named Roman Alexander-Raj Smith. On the other hand, Ne-Yo is having an ex-girlfriend with whom he has two children namely Madilyn Grace Smith and Mason Evan Smith. After the marriage of Renay and Ne-Yo, speculations arose that the relationship between Renay and Ne-Yo’s ex-girlfriend is not a healthy one. But, Renay came to cover up the speculations in one of her interviews and said that everything is fine between the two and they understand each other well. They shared a cordial relationship and respected each other.

Crystal, who at once used to enjoy working for culinary videos on her YouTube channel with the whole family, gave divorce to his long-time friend cum husband, Ne-Yo back in March 2020. Since then nothing seemed right between the couple. They worked out together for their relationship and Ne-Yo again popped the question while being on his knees, a second time. Ne-Yo credited the pandemic for saving his marriage and again went to exchange the rituals of marriage on 24th April 2022. The reality star personality re-hitched with Ne-Yo on Sunday night at Resorts World, in Vegas, throwing a lavish reception for all of their guests.

Crystal Renay is a passionate reality star. She has got herself indulged in cooking while taking care of her two children. You can spot her talking about cooking food and mixing the spices into it with different flavors on her YouTube channel called Crystal’s Creations. She is a former model, reality star, TV personality, and a young mother of two teenagers. It is for sure that she must be earning a hefty amount because of her association with the television world. Also, her husband, Ne-Yo is a sensational star who is a singer and songwriter. Both the personalities sum up to have billionaire income for themselves.